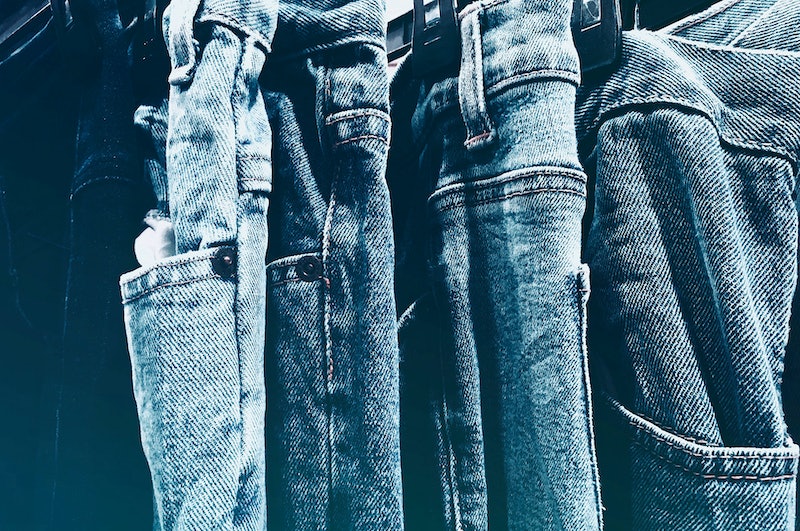 Ever want to put your old clothes to use, but are sick of just dropping off piles and piles of fabric to Goodwill and calling it a day, not knowing where any of it is actually going? Enter Cotton Incorporated's Blue Jeans Go Green Program, which has fulfilled its goal of gathering 10,000 denim items and using it all as insulation for 10 homes that were put up in the New Orleans Area Habitat For Humanity.

I've got to say — it's probably one of the trendiest initiatives. To start off, AnnaSophia Robb was one of the volunteers at the Habitat For Humanity Build-a-Thon in May in the New Orleans area. Robb herself gave Karen Walter a key to her new home. Robb worked with over 600 other AmeriCorps and various other volunteers from May 20 to May 30, according to WWD.

Pretty cool. Reminiscent of Pharrell's partnership with G-Star Raw called "Raw for the Oceans" that focused on turning plastic caught in the ocean into fiber, and then using that fiber to make clothing. Another win that Cotton Inc. mentioned was that over the past 40 years, pesticide applications have reduced by 50 percent by cotton growers, according to WWD. Which has also meant a reduction in irrigation water applications. This wonderful movement "brings the environmental gains cotton growers have made in the field and takes them full circle by diverting textiles from landfills and helping to rebuild communities," says WWD.

The program, alive since 2006, has produced a significant amount of insulation for Habitat for Humanity affiliates. Since its conception, the movement has collected more than one million pieces of denim from landfills and has created approximately two million square feet of insulation, according to WWD.

Andrea Samber, co-director of Strategic Alliances at Cotton Inc. told WWD, “The average consumer owns seven pairs of jeans. Giving just one of them to the recycling drive can make a big difference in a family’s life.”

Next time you go through your closet, consider donating to this initiative, cause it's a pretty sweet one. Donate a pair, and change a life.