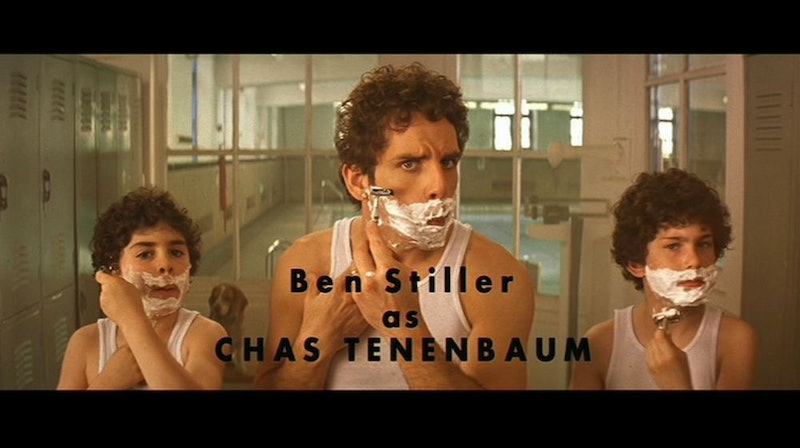 If any director gets costume design right on the nose for every single movie, it's Wes Anderson. An observation that many others have made as Bally's Wes Anderson inspired campaign for fall has unveiled. Or, in other words, a collection that is automatically whimsical, fun, and overall perfect. Remember how many people dressed up as Sam and Suzy from Moonrise Kingdom on Halloween?

"Anderson's approach to styling and costume design is flawless," Design Director Pablo Coppola told Footwear News. "The movie is a favorite of mine."

Shot by British photographer Alasdair McLellan and directed by Franck Durand, the campaign features quirky little details with smart dressing. While Bally showed its fall/winter 2015 collection earlier this year, we're now getting a peek into its fall campaign that's set to hit print and digital.

Model Clément Chabernaud headed Bally's spring/summer 2015 campaign, but it looks like he's back again for fall/winter. Chabernaud is joined by Edita Vilkevičiūtė for the incredibly elegant photos, and the two are shot outside in front of an exposed brick wall, which is a film-set backdrop built at Elstree Studios, according to Footwear News. The two are rocking some insanely chic pieces, from a camel suit, to a mustard yellow turtleneck, to alligator double monks. Fall has never looked so good.

“Let it be yesterday, today or tomorrow; it doesn’t matter, because Bally is 'now,' embodied by free spirits who know enough about fashion not to be slaves to it,” Durand told Footwear News. The campaign will officially launch worldwide in early August.

This is probably one of my favorite fashion campaigns, and I can only hope Coppola continues his love affair with Wes Anderson films—I fell madly in love with The Grand Budapest Hotel. Especially Zero's purple ensemble and poorly drawn on mustache, and I would definitely enjoy a campaign inspired by that gorgeous movie. Hint Hint. Keep it comin' Bally!