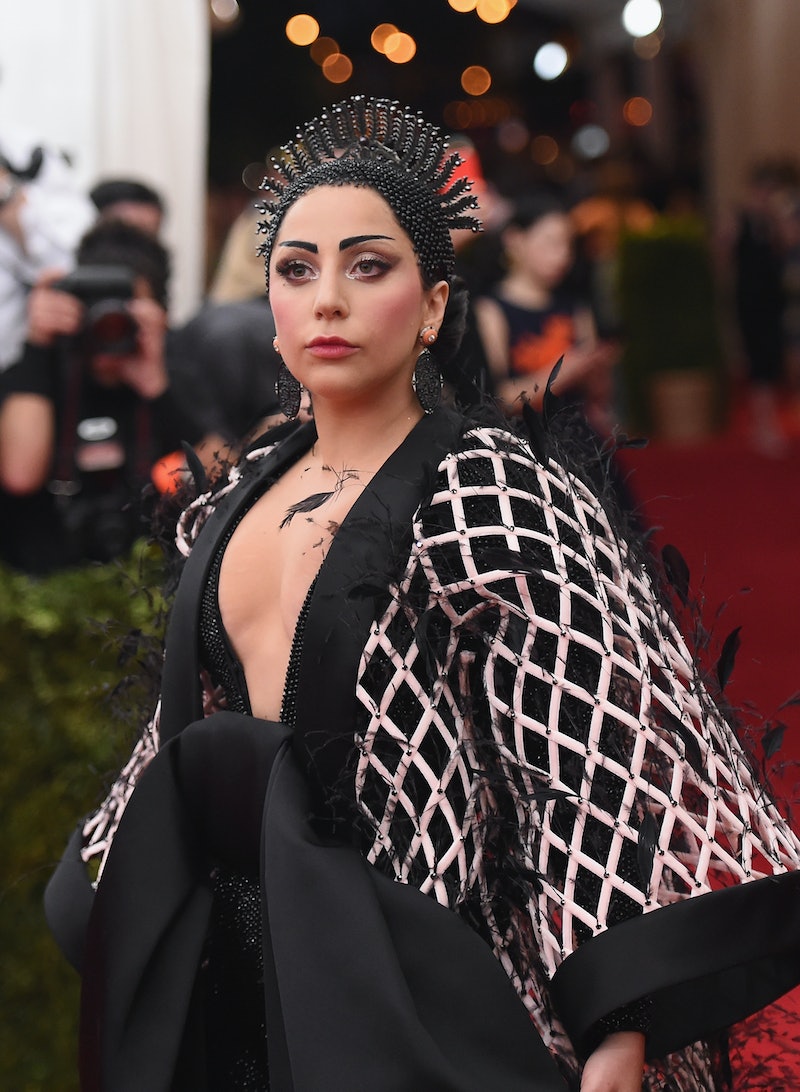 OMG. It's happened. Personally, I thought I'd never, ever see the day, but it has arrived. Yes, Lady Gaga actually wears sneakers. With a few exceptions, like creepers, dance, or exercise shoes, our beloved Mother Monster wears heels almost exclusively. They are usually so toweringly high that that walking in them is a feet — er, feat! Gaga is extremely proud of her heel obsession. But she just admitted that she does, in fact, wear sneakers. The pop diva also offered photographic proof. However, it's a specific brand and for a good reason. It's related to her health.

Gaga only wears Converse's iconic Chuck Taylor shoe. In her Instagram post, she even noted that she dons these sneaks for those moments when she doesn't give a you-know-what. But in her Twitter post, she added a different caption, explaining that Chucks are her "sole" choice for sneakers and that she wears them because her hip surgery means she can't do heels 24/7.

Gaga was trying on a pair of black and white Chucks at the store, looking all casual with her knit beanie and shades. She was totally incognito, without sacrificing any of her style. But she was dressed down and looked almost...well, normal. Then again, Gaga has been doing the glamorous/casual look all summer, with her hacked up rock T-shirts.

Let's see her in non-heels!

Stylin' even in sneaks. I like it when she tones it down, even momentarily.

It's almost shocking to see her in sneakers. At least she chose a classic, iconic style. But if you can't handle Gaga in what amounts to flats, let's marvel at some of her more memorable heels for a second.

These booties should bring you back down to earth, all the while having elevated Ma Monster.

Remember these babies from when she launched her first fragrance? The heels were shaped like the perfume bottle.

Those boots weren't made for walking!

Gaga wore these sparkly works of art, which were one-of-a-kind, to the Grammys in 2010.

The higher, the better. These looked like yellow-studded stilts.

Forget the Marge Simpson beehive. Those shoes were legit dangerous.

Those eight pairs of Gaga heels should help to relax all the Little Monsters who can't handle Gaga outside of her fabulous and frightening heels. Our heroine made a brief pitstop at Chucks! I personally love seeing her go casual.

Even then, she's remains glamorous.