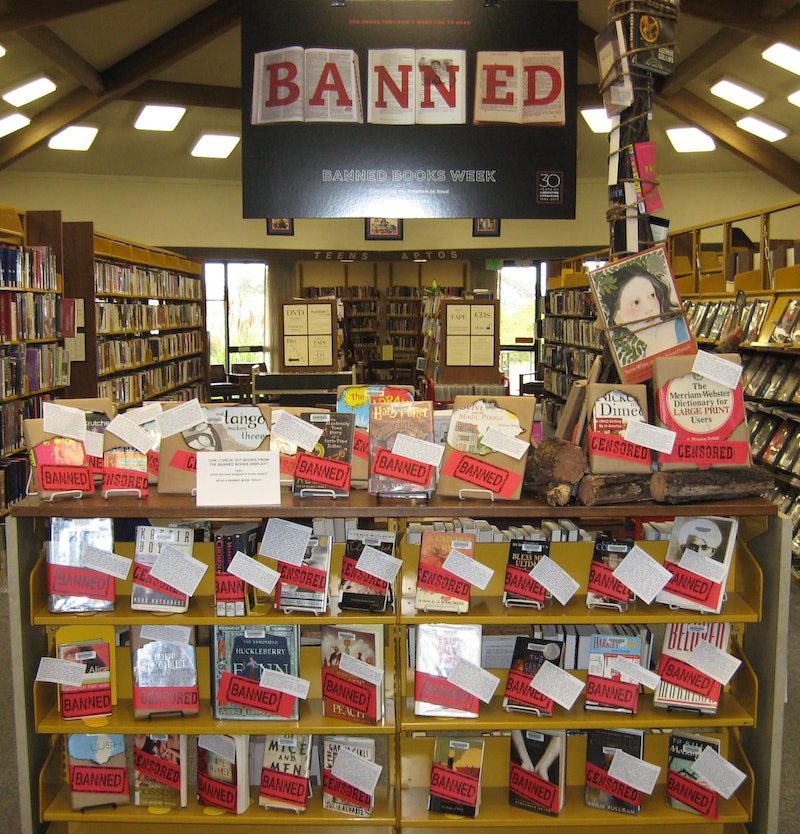 Currently, 11 different books are banned in Duval County, Florida libraries based on past protests and petitions by community members and school district parents. But if some district parents get their way, there might be two more titles on their "do not read" list. Duval County parents are petitioning against two children's books: Nasreen's Secret School and The Librarian of Basra, which are currently featured on the 3rd grade reading list. Parents want these titles removed from school shelves because the books are set in Afghanistan and Iraq, respectively, and discuss (albeit at a 3rd-grade reading level) the Taliban, Islam, and the war in the Middle East.

Nasreen's Secret School tells the story of a young girl forced to attend school in secret, under the restrictive Taliban regime, in Afghanistan. The Librarian of Basra is about a librarian named Alia Muhammad Baker who risks her life to save more than 30,000 books from being destroyed when her library in Iraq is bombed. Both books are based on true stories.

Some parents argue that the books should be banned due to their focus on the war in the Middle East. Others say that they promote non-Christian prayer, and, according to WJTC News, “at least one parent … has expressed concern that the books encourage children to read the Koran and 'praying[sic] to Muhammad.'”

Adding to the tensions is the fact that Duval County, in part, caters to a military community. According to the Florida Times-Union, the only school board member to vote in favor of the ban was Becki Couch, on the premise that the books were not appropriate for young children."We are a military town," she said. "Some of our children have parents who have been to Iraq."

Despite those in favor of the ban, school board Superintendent Nikolai Vitti isn't as convinced. Not only did he vote against removing both books from Duval County public schools, he also noted that there are more effective ways to challenge books within a school's curriculum — like opting to substitute the text in question for a different book. He also spoke to the fact that both Nasreen's Secret School and The Librarian of Basra are about the power of standing up against censorship of literature, and restrictions to education. "Ironically, it's the same themes that are discussed in the books themselves," he told the Florida Times-Union.

This is not the first time either of these books have faced bans. Both books have been subject to challenges since 2013, when they were listed as part of the recommended curriculum for school districts transitioning to Common Core — an updated set of high-quality academic standards and learning goals that have been sweeping school districts across the United States for years. The American Library Association, the organization responsible for the famous annual Banned Books Week, recommends both Nasreen's Secret School and The Librarian of Basra for students in grades 3 through 5.