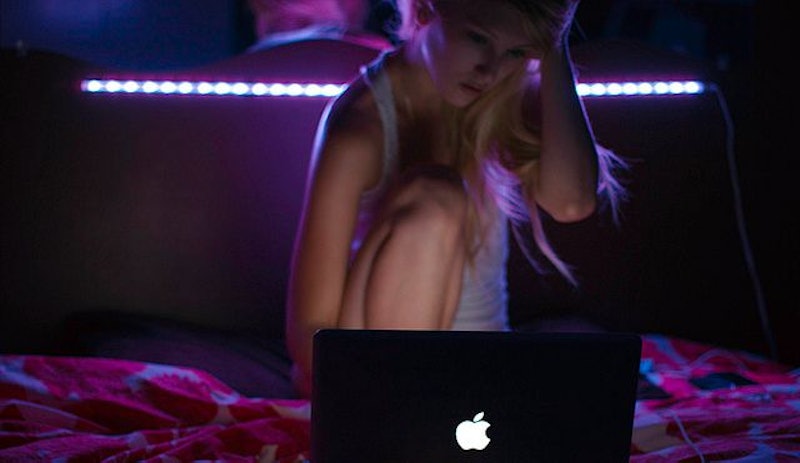 It's a bad day for those who have been using cheating websites. News of a massive hack of private user information on these sites has surely left millions feeling nervous about their data being revealed. A hacker group called the Impact Team claims to have stolen the personal information of 37 million users of Ashley Madison, a wildly successful website which helps people in relationships have affairs. Two other sites, Cougar Life and Established Men -- both owned by Ashley Madison's parent company, Avid Life Media -- have also been compromised. Krebs On Security was in contact with Avid Life Media late Sunday night, and Chief Executive Noel Biderman confirmed the hack, saying they were "working diligently and feverishly" on the issue.

While as of now, only a small amount of data has been released, Impact Team claims to have access to much more, and it seems it will be releasing more and more information until their demands are meant. While user privacy is always an important issue, the adulterous purpose of this website makes leaks all the more feared. It's bad enough having your credit card information released; it's even worse when your significant other discovers you're cheating at the same time. New information is still coming out, but here's four things you need to know about the leak:

1. Why Is Impact Team Doing This?

Well, the main issue seems to be with a fee imposed by Ashley Madison for the deletion of personal information. Basically, there is a $19 charge for "full deletion" of information if users choose to leave the site. But according to the hackers, while this makes the company a huge amount of money, it doesn't actually lead to the deletion of data. They claim that "Users almost always pay with credit card; their purchase details are not removed as promised, and include real name and address, which is of course the most important information the users want removed," according to Krebs On Security. But they also say, "Too bad for those men, they’re cheating dirtbags and deserve no such discretion," which seems to give a clear moralistic element to the hack as well, even if it's secondary.

Biderman told Krebs that a breach of this size was probably an inside job. The Guardian reports him saying: "I’ve got their profile right in front of me, all their work credentials. It was definitely a person here that was not an employee but certainly had touched our technical services.”

They also list the consequence of their demands: "Avid Life Media has been instructed to take Ashley Madison and Established Men offline permanently in all forms, or we will release all customer records, including profiles with all the customers’ secret sexual fantasies and matching credit card transactions, real names and addresses, and employee documents and emails." It's scary stuff.

4. What Does Avid Life Media Have To Say?

In addition to telling Krebs it was that they are "working diligently and feverishly" to recover personal information, Avid Life Media has released an official statement, which includes the following:

"We were recently made aware of an attempt by an unauthorized party to gain access to our systems. We immediately launched a thorough investigation utilizing leading forensics experts and other security professionals to determine the origin, nature, and scope of this incident... At this time, we have been able to secure our sites, and close the unauthorized access points. We are working with law enforcement agencies, which are investigating this criminal act. Any and all parties responsible for this act of cyber–terrorism will be held responsible."

The full statement is available here.

More like this
Here’s How To Deal With Sexual Frustration If You Don’t Want Casual Sex
By Annakeara Stinson and Mackenzie Sylvester
Here’s How To Reignite The Spark In A Sexless Relationship
By Vanessa Marin
Remember These Ancient Pieces Of '90s Tech?
By Lucia Peters and Emma Carey
What Is “Night Luxe?” Breaking Down TikTok’s New Aesthetic
By Courtney Young
Get Even More From Bustle — Sign Up For The Newsletter