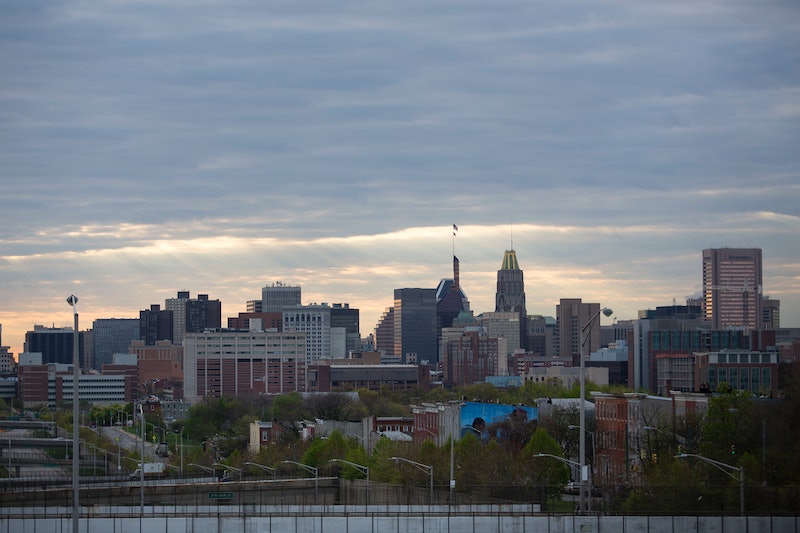 Ever since the Roe v. Wade decision made abortion legal nationwide in 1973, individual states have continuously attacked women's reproductive rights. On top of limited abortion access, it can also be difficult and costly for many women to get birth control, even with the Affordable Care Act's promise that it will be covered by health insurance. While most states are harshly restricting women's choices about their bodies, there are a few states protecting the right to choose. So, which states are the best for reproductive rights?

Currently, 35 states require women to receive counseling before having an abortion, 28 of which also require women to wait a certain period of time before having the procedure. There's also been an influx of admitting privilege laws recently, which require abortion clinics to have admitting privileges at a nearby hospital, forcing many clinics to close because they don't meet the new standards. Despite the anti-abortion agenda sweeping much of the nation, four states are keeping abortion clinics open and funded, making birth control more easily attainable, and protecting the rights of female minors. These states should serve as examples for the rest of the country, as they're upholding women's freedoms rather than imposing certain beliefs on their lives.

Here are the four best states for women's reproductive rights.

In a recent ranking by the Institute for Women’s Policy Research (IWPR), Oregon was chosen as the best state for women's reproductive rights, and for good reason. The state passed a law earlier this month making it possible to buy birth control over the counter without a doctor's prescription, which will make it much easier for women throughout the state to get the protection they need. Oregon doesn't have any restrictive abortion laws on the books, such as waiting periods or requiring parental consent or notification for minors. The state also provides public funding for abortions, and 78 percent of Oregon women live in a county with an abortion provider, according to the IWPR, which is pretty high for the U.S.

Along with Oregon, California passed legislation making birth control accessible without a prescription, allowing women to take control of their own contraceptive choices. California has a lot more abortion providers than most states, with a whopping 99 percent of California women living in a county with an abortion provider, according to the IWPR. Medically necessary abortion services are also publicly funded in California, and abortion is only restricted at the time of fetal viability.

The IWPR ranked Vermont as the second-best state for reproductive rights. The state doesn't haven any restrictions on abortion, and publicly funds medically necessary

abortions. The amount of Vermont women with an abortion provider in their county isn't as high as in California — only 65 percent — but it's still much higher than most of the country. Most Vermont women can easily get to a clinic, and don't have to jump unnecessary hurdles before getting the procedure.

In Maryland, 81 percent of women live in a county with an abortion provider, and abortion access is only restricted once the fetus is viable. The state even requires health insurers to cover infertility treatments for women. Maryland's only flaw is that it requires that parents of a minor seeking an abortion be notified beforehand, but overall, the state is protecting women's reproductive rights.

The rest of the country can learn from these states' noninvasive approaches to abortion and birth control. They've left decisions about women's bodies up to women themselves and their doctors, while making reproductive services as accessible as possible.