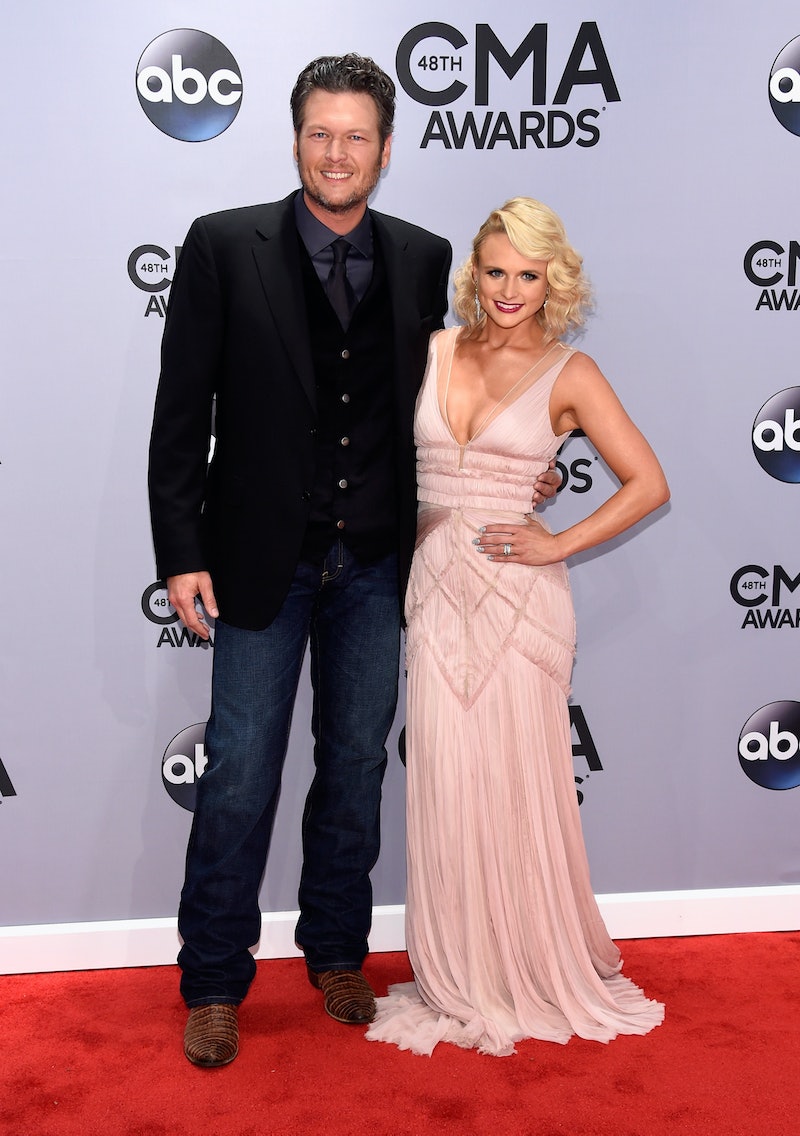 Well, if you were looking to have a happy Monday, I'm sorry to put a damper on your day, but Blake Shelton and Miranda Lambert are divorcing. Yep, love is officially dead in Hollywood. The couple, who were married for four years, released a statement, which reads,

This is not the future we envisioned and it is with heavy heart that we move forward separately. We are real people, with real lives, with real family, friends and colleagues. Therefore, we kindly ask for privacy and compassion concerning this very personal matter.

According to TMZ, Lambert and Shelton filed divorce papers "a while ago" and a judge is said to be officially ending their marriage on Monday, July 20.

TMZ also reports the divorce was filed in Oklahoma and that all of the financial agreements are settled thanks to their prenup. Reportedly, Shelton is getting their Oklahoma ranch, where as Lambert is getting their Nashville home. TMZ even says Lambert has been moving her animals from the ranch in Oklahoma over the past few days.

Before the couple's confirmation, it would've been easy to believe that TMZ's report was untrue. I mean, it's not the first time they've encountered breakup rumors. In 2014, reports surfaced that Shelton and Lambert's relationship was ending, but soon enough The Voice judge responded via Twitter and said, "Maybe because the divorce rate is so high the tabloids have just decided to play the odds with me and Miranda. Morons.”

I find this news shocking, especially since they seemed so in love, but I wish the best to Shelton and Lambert as they move forward.