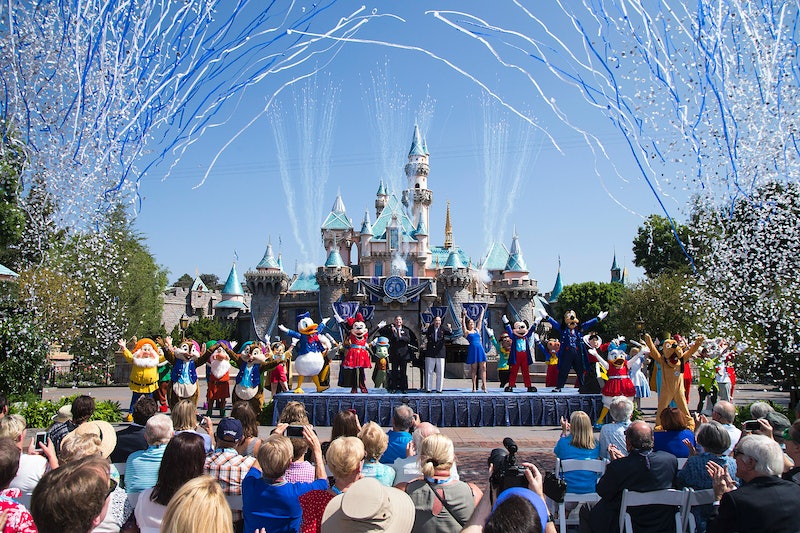 Many people think only of Disney World in Orlando when they hear the phrase, "Disney Park," but there are actually six different Disney Parks around the world, including a soon-to-be-opened one in Shanghai. The question that arises for any Disney fan, then, is this: How are the Disney Parks different around the world? While the overall feeling of each park is consistent (the themes of magic, fantasy and adventure are pervasive no matter where you are), each one also comes with distinct features that set it apart from all the other parks.

Some Disney Parks, for example, are much bigger than others. The Walt Disney Resort in Orlando contains five traditional theme parks (Disneyland, Epcot, Disney's Hollywood Studio, and Disney's Animal Kingdom), two water parks (Typhoon Lagoon and Blizzard Beach), as well as 21 different resorts. By contrast, the Hong Kong Disneyland resort only has Disneyland itself and two resorts.

The first Disney Park abroad was Tokyo Disney Resort, which opened its doors in 1983. Disney decided to expand to Japan in particular when executives noticed how many Japanese guests frequented the two American parks.

The Disney Parks are tweaked in each location primarily to cater to the clientele base that will frequent each specific park. Cultural changes, which are particularly noticeable in food, are the most glaringly obvious examples of Disney attempting to appeal to differing populations of visitors, but there are also subtle variations in rides and decor that make each park unique.

So, what exactly makes the Disney Parks different from each other? Here are some stats, along with the unique features, of all the Disney Parks worldwide. Some of the differences are actually pretty substantial.

1. You Can Get Mickey Mouse Shaped Steamed Buns At Tokyo Disneyland

2. Hong Kong Disneyland Is Designed Based on Feng Shui

The design of Hong Kong Disneyland incorporates traditional elements of feng shui, which was intended to appeal to mainland Chinese residents. The main gate to the park is positioned North-South, which is meant to represent good fortune.

3. The Orbitron in Disneyland Paris was Inspired by Leonardo Da Vinci

In order to appeal to its predominantly European visitor base, Disneyland Paris celebrates the work of European visionaries, like a rocket ship ride called the Orbitron, inspired by rocket ship drawings composed by Leonardo Da Vinci.

4. The Ratatouille Ride at Disneyland Paris Is a Thing

Disneyland Paris features the world's only ride based on the movie Ratatouillie. " The ride is called "Kitchen Calamity," and guests can follow Rémy through a high-speed, 3D adventure throughout Paris and a dangerous, busy kitchen.

5. Journey to the Center of the Earth At Tokyo DisneySea

Tokyo DisneySea is the water park associated with Tokyo Disneyland, and this world-famous ride is unique to Tokyo. Based on the Jules-Verne movie of the same name, this ride is a sort of-free fall in mine cars through caverns and crevices in the earth.

6. The Haunted Mansion at Disneyland Paris Is a Victorian Manor

It's honestly much creepier looking than the American Haunted mansions are.

7. And the Haunted Mansion at Hong Kong Disneyland is Weirdly Bright and Happy

The Hong Kong Haunted Mansion is called the "Mystic Manor" and it's a fantasy based ride, with no reference to dark spirits or departed souls.

8. You Can Also Get "Milk Tea Popcorn" at Tokyo Disneyland

We've already talked about soy sauce popcorn at Tokyo Disney, but apparently you can also get milk tea flavored popcorn, if that's what you're into.

9. The Tower of Terror Isn't Twilight Zone-Themed in Tokyo

Because the Twilight Zone isn't really a cultural phenomenon in Japan, the Tower of Terror ride is called "Hotel Hightower" and is totally different in terms of theme. The ride itself, of course (if you can call a straight free fall a ride, I personally call it torture) is exactly the same.

10. You Can Get McDonald's In Disneyland Paris

Eurodisney is the only Disney park where you can get McDonald's inside the actual park. All the other ones only feature the fast food joint in between parks.

11. Meet Characters at the Fantasy Gardens In Hong Kong

Hong Kong Disney features a "Fantasy Gardens" explicitly for the purpose of meeting characters and signing autographs. Each character chills in her own pagoda while she signs autographs.

12. You Can Also Get Wine at Disneyland Paris

It really wouldn't be lunch in France without wine, which is why Disneyland Paris is the only Disney Park to serve alcohol.

13. Most Eurodisney Signs Are Exclusively In French

This is so french: unlike almost every other Disney Park where signs are translated into English, a lot of signs at Disneyland Paris (which, by the way, is the same thing as Eurodisney) are strictly in French.

14. The Running of the Bulls at Tokyo Disneyland

Okay, there are no actual bulls involved, but Tokyo Disney is famous for the stampede of customers who come into the park during the first 1.5 hours its open everyday.

15. Character Dim Sum Is a Thing at Hong Kong Disney

If you've always wanted to eat a dumpling shaped like your favorite Disney character, your wish can come true at Hong Kong Disney (also, maybe talk to a therapist about that?).

All Space Mountains are not created equal: in Paris it goes upside down, in California it's notoriously jerky and in Hong Kong riders move past glowing planets.

17. There's No Tom Sawyer at Eurodisney

Tom Sawyer is a pretty American guy, so the Parisians have replaced the Tom Sawyer cruise with a cruise noting legendary European inventors like (they really love this guy) Leonardo DaVinci.

18. Shanghai Will Have the Garden of 12 Friends

Shanghai Disney, which is slated to open in 2016, will feature a garden of 12 friends based on the zodiac calendar.

More like this
Heinz Just Relaunched A Bean-Tastic '90s Fave
By Sam Ramsden
Anguilla Is The Under-The-Radar Caribbean Destination You Need To Visit
By Rachel Lapidos
Then Vs. Now Photos Of The 'Enchanted' Cast In 2007 & The Sequel's Stars In 2022
By Marina Watts
See 'Twilight' Stars Together Again For A Sweet Cullen "Family Reunion"
By Stephanie Topacio Long
Get Even More From Bustle — Sign Up For The Newsletter