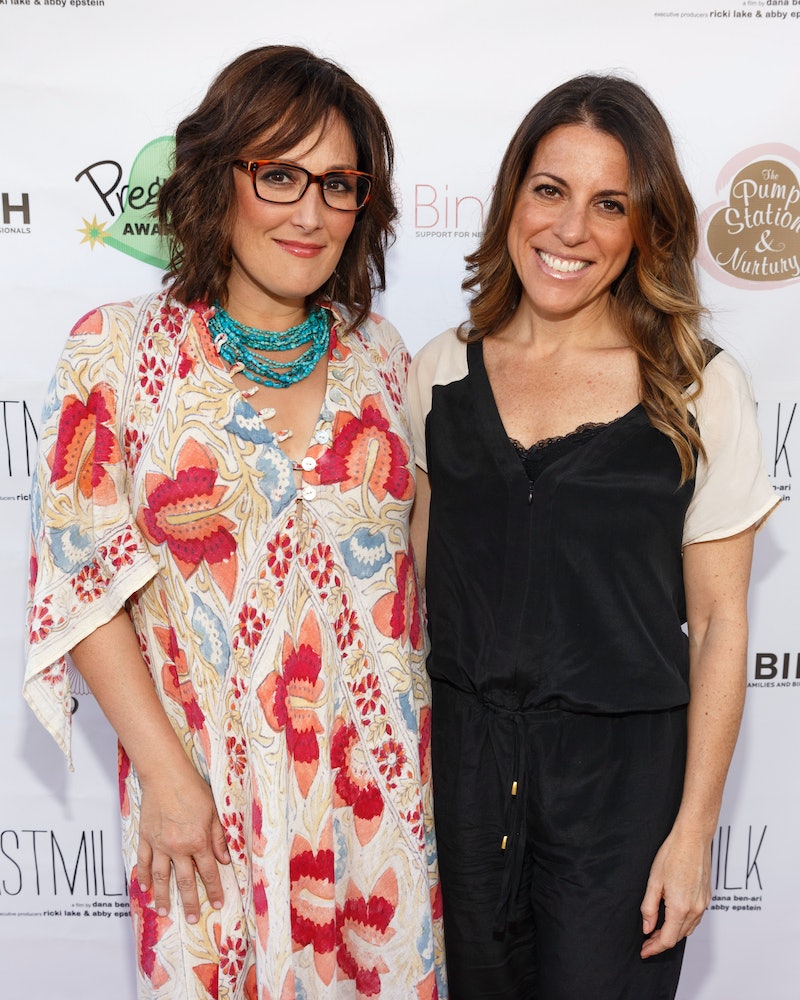 Ricki Lake and Abby Epstein are two empowering and influential women who continue to impact the world, especially through their passion about women's issues. You probably know Ricki Lake best for starring in Hairspray and for her talk show, but along with Abby Epstein, she's produced some of the top documentaries about the birthing process, including The Business of Being Born and Breastmilk. Ever since 2008, both Lake and Epstein have been developing powerful films all about childbirth, pregnancy, and motherhood, and now they're back with their 2015 doc The Mama Sherpas from director Brigid Maher. After receiving a cut of the film, Epstein sent Lake a copy and they both agreed, "We should get behind this film," Epstein tells me during a phone interview.

For those who have never heard of The Mama Sherpas, it is an eye-opening documentary focusing on midwives and how they work “within and [to] better the hospital system" while preventing putting mothers at risk before, during, and after labor. It showcases midwives in a positive light and demonstrates why they might be beneficial to pregnant women. Both Lake and Epstein agree that the film will impact women, especially when it comes to recognizing there are so many choices for them throughout their pregnancies. Epstein says she joined the film for just that reason.

Even though The Mama Sherpas isn't a "provocative, festival-bound documentary," she believes it is a "really beautiful, powerful film that we thought would really help a lot of couples who are trying to make decisions around childbirth." The reason Lake took part? She jokingly says, "I do everything Abby tells me to do."

As Lake says, they have "become kind of the go-to people when it comes to women and pregnancy and labor and delivery and breastfeeding." She adds about becoming an executive producer of the film: "It just seemed like a natural fit for us to add our names to this film and to help get it out to the masses. It's a beautiful film. I'm all about informed choice for women. When it comes to their bodies, their babies, their health, everything. This is a natural continuation of the conversation."

Lake says The Mama Sherpas is so important because not only should women (and couples) be aware of the choices they have when it comes to childbirth, but because it educates and informs others through visual images of birth, whether it be a natural birth, a C-section, a birth at the hospital or at home, or one with or without a midwife. She says, "I think it's important to see the other side of things. I'm so grateful I can use my platform to help this film get a bigger audience."

"I feel people really underestimate what pregnancy, childbirth, and the immediate postpartum experience —what kind of lasting impression and effect that has on a woman's life," Epstein says. "It's incredibly difficult to recover from a traumatic birth experience. It's really like having PTSD [post-traumatic stress disorder]. The whole experience of parenthood is so difficult to begin with. So, making these decisions, really they're parenting decisions that you start to make from the moment you realize that you are pregnant all the way through."

Overall, Epstein hopes viewers walk away from this film and become vocal about what options should be available to pregnant women and realize that there are more than two choices when it comes to childbirth.

The Mama Sherpas is out now on DVD, iTunes, digital VOD, & on the documentary's official website.