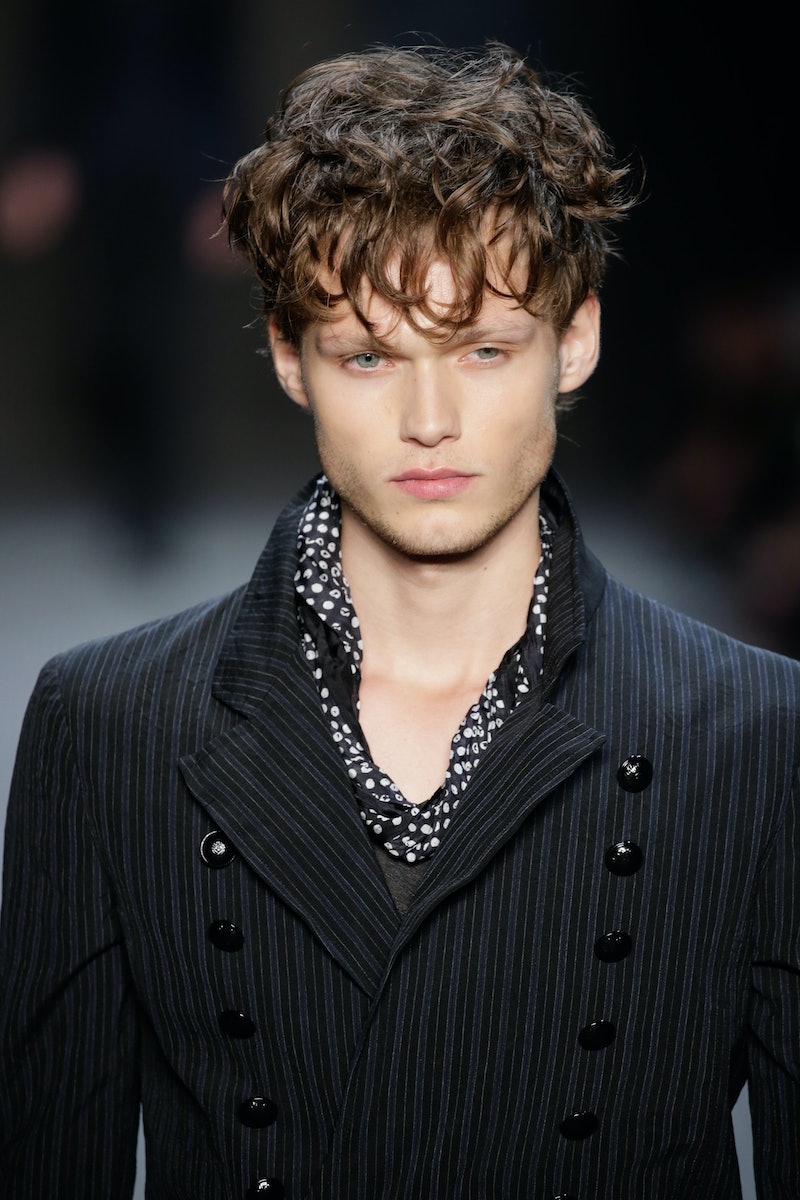 Looks like the no-makeup makeup trend is slowly turning into a legit no makeup trend. During New York Fashion Week: Men's, each model's minimalist, au natural look was thanks to skipping undereye concealer. It turns out that the only makeup products applied to these models were a little bit of foundation here and there in order to cover up redness. Nothing was caked on because as, MAC Cosmetics' lead, Sil Bruinsma pointed out, they're all, "models, who are all good looking guys." He also mentioned that if you layer on the concealer, foundation, and powder, the models end up looking too much like dolls.

Bruinsma wasn't the only makeup artist who didn't want to apply too many cakey products. Janessa Paré from Aveda was also on board with the minimalistic looks. Paré was doing the cosmetics for Tom Snyder and she pointed out how, "[canceling] out that [natural color] is almost when you need to put blush back on the face because you got rid of some color." But she made the argument that since the models for Men's Fashion Week don't require any pigmented color cosmetics or smoky eye looks, the balance of their natural looks comes with minimal makeup. Paré talked about the importance of a balance of color, implying that putting products such as under-eye concealer will simply create an imbalance between the natural and unnatural skin tones.

With makeup artists such as Regan Rabanal, it looks like the whole trend of skipping under-eye concealer might be creeping into women's beauty trends. Rabanal told Fashionista, "I feel that people, especially in fashion or the New York woman, want to look real. They want to look like themselves, and the less visibility of makeup, the better." Will this mean the upcoming NYWF will have models without makeup? Probably not, but I'm definitely diggin' this whole minimal makeup trend.