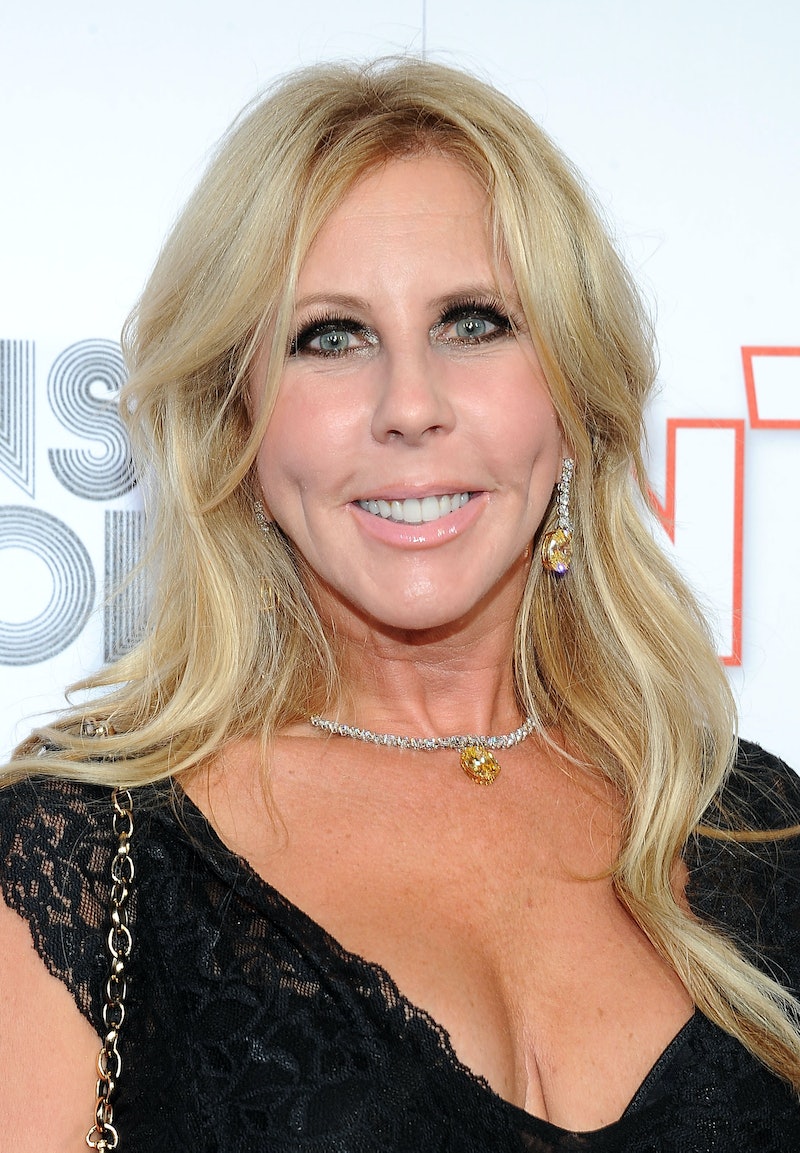 It has been a tough time for Vicki Gunvalson on Real Housewives of Orange County . After Vicki learned that her mom died at game night, she's been struggling with returning back to her "woo-hoo" Vicki Gunvalson. Understandably so. On Monday's episode of Real Housewives, Vicki invites a medium into her home to conduct a séance to reach out to her late mother. And while it was a sense of connection for Vicki and her brother Billy, Tamra didn't really buy into it.

It's been about a week and a half since Vicki lost her mom before the séance. Because the death was so unexpected, Vicki decided she wanted to call in a medium to see if her mom was in any pain when she passed. Because Vicki was at Shannon's house when she found out, and because Vicki has reconnected with Tamra recently, Vicki invited both women to the séance with her brother and Brooks.

When the séance began, it seemed like things were legitimate. The medium brought up Vicki's mother's dental work, which Vicki was paying off at the time. The medium also relayed the fact that Vicki's mom likes Brooks in the after life (which Tamra raised an eyebrow to). But then things took a quick turn when Tamra interrupted the medium and asked about a comment the medium made about a tattoo Billy's son had.

The medium didn't love that Tamra cut him off, and while it was a serious situation, her reaction was hilarious. Regardless of your séance beliefs, Tamra questioning the medium totally caught him off guard and his sassy remarks back only made her even more skeptical.

By far the best part of the séance was when the medium told Vicki's brother he needed to do a colon cleanse. According to the medium, he's "blocked up." Again, this séance was very serious and meaningful for Vicki and her brother, but hearing about Billy's blocked up colon was not something anyone wanted to hear. As Tamra perfectly said, "someone's full of s—t here, and I don't think it's Billy."