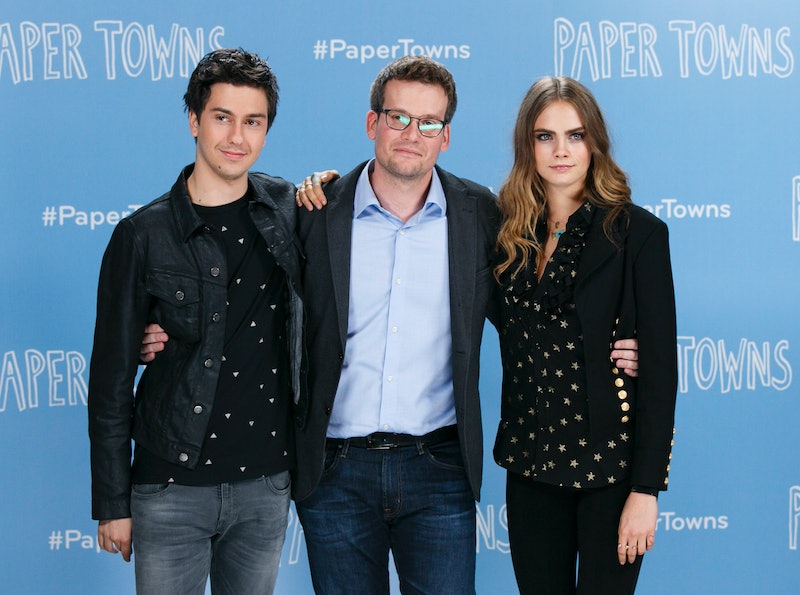 Young adult lit mega-superstar John Green has never shied away from admitting the faults in his books (and stars). (Sorry about that.) And in an interview with MTV, the author admits another change he wish he had made in his latest movie adaptation Paper Towns. Green's Paper Towns character Angela plays a small role in his book, and Green admits that he regrets the decision and prefers the movie's larger-scale version of Angela much better.

“Angela was way better [in the movie]. Angela is awesome in the movie. I missed a real opportunity in the book. As soon as Angela was on the road trip, I was like, "Why didn’t I do this? This is so much better."

Paper Towns seemingly has made more changes from Green's original source material than The Fault In Our Stars did, but Green says that all the adjustments were for the better.

The main thing for me was how do we capture the themes of the novel? How do we get to this idea that it’s incredibly difficult to escape the prison of one’s own consciousness and to imagine what it’s like to be someone else, but it’s also this huge responsibility that we have. And so all the changes were made were hopefully in the service of that theme.

Green's book Paper Towns has a lot to say about shattering the myth of the "manic pixie dream girl" and identifying with people who are not like you. It kicks off on a mysterious, adventure-fueled evening Quentin "Q" Jacobsen has with the love of his teenage life, Margo Roth Spiegelman, after she unexpectedly climbs into his bedroom window. The next morning, Margo is gone and Q and the rest of his pals go on a road trip in search of the enigmatic teenage girl. In the book, friends Radar, Ben, and Lacey skip their high school graduation to tag along on Q's mission to track down Margo. In the book, Radar's girlfriend Angela appears in one measly scene, and we know that Radar skips a date to lose their virginity to each other to go on this mission. Thankfully, in the movie, Angela is fleshes out and becomes one of the members of the road-tripping crew.

This isn't the first time Green has owned up to his mistakes. He has been very open about stating his regret for using the "r-word" in Paper Towns.

Props to someone with the platform like John Green to admit to his mistakes and move forward from them, and hopefully we can see the amazing Jaz Sinclair in even more roles after getting a bigger part in this summer's surefire hit.