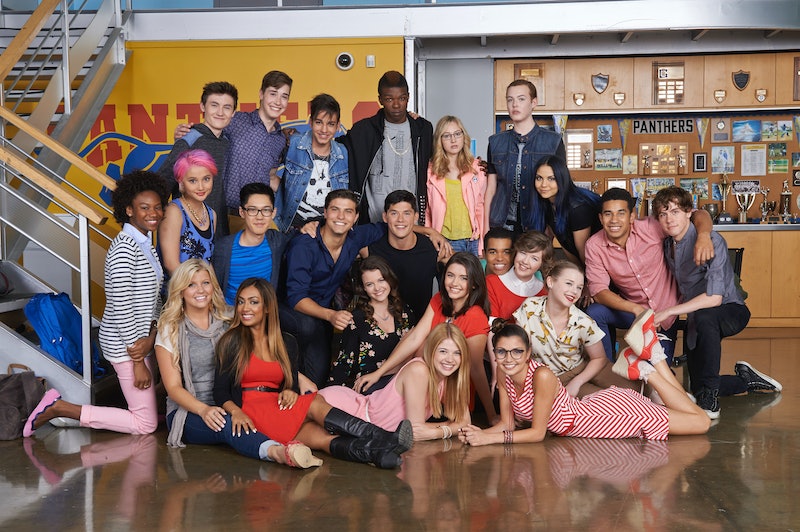 Degrassi is ending its run on CTV and Teen Nick, and while the show will live on thanks to the power of Netflix, the memories are flowing. The show has covered about a decade of story time, which dozens of characters living full High School careers on the show. However, looking back, did Degrassi: The Next Generation ever make you afraid of High School? I'm not talking about the drama, I'm talking the times that Degrassi got way too real.

High School is scary enough as it is, and Degrassi just had to go and put everything anxiety-worthy on blast and with commercial breaks. This is somewhat intentional, of course, Degrassi is one of those shows where every episode is a very special episode that deals with a particular issue plaguing today's High School students. There aren't many scandalous fads, popular drugs, or methods of self-harm that Degrassi didn't touch upon. Which is great! As promos love to tell you, Degrassi "goes there" in ways that other shows don't and won't. However, while the show isn't patronizing, it definitely doesn't make emulating any character's "bad behavior" particularly appealing.

After 14 seasons and over 1000 episodes, I wouldn't be surprised if you were scared of High School. Trying to speak to every possible teen topic out there, sometimes twice, made Degrassi High a truly terrifying place. Even the uniforms, metal detectors, and Student ID lanyards couldn't stop the madness. Here are just a few times you may have been sent running to the hills.

1. When Rick Brought A Gun

School shootings are a very real reason to fear High School, and Degrassi took its time letting Rick's breakdown build up before he eventually broke down. There was another shooting in Season 11 courtesy of Vince. School is not safe!

2. When Everyone Got Gonorrhea

3. When It Was Less Common To Not Get Pregnant

The list of Degrassi teen parents includes but is probably not limited to: Emma's mother Spike, Mia, Clare and Eli, Jenna and K.C., Liberty and J.T., and Dallas. It's like so common to have a child at Degrassi these days, they might as well go ahead and have an on-campus day care. Like, why beat around the bush about it.

4. When Kevin Smith Showed Up

Doesn't he have movies to make?

5. When Emma Got Her Period

On the whitest skirt of all time, no less. Remember, in the early seasons, Degrassi was a Middle and High School. While she ultimately handled it like a boss, the second-hand embarrassment is enough to make you want to call in sick.

Between murder, disease, suicide, and accidents — Degrassi High is a major death trap. That's not to mention the many students who have survived a suicide attempt or a serious diagnosis. It is a very dangerous place.

7. When The Basketball Coach Was An Abusive Creep

Even the staff can't be trusted. Poor K.C. — his life was rough enough as is.

Granted, this is a concern for all of us always, but especially terrifying when you're a teen. Paige lost her trial, and Darcy never found her rapist. Plenty of other characters have gotten away with sexual assault. Only Zoe Rivas has been legally successful in shutting down her attacker. So scary!

9. When Repeating Senior Year Was Expected

I get it, sometimes characters were held back so that they could stick around on the show. Still. It's pretty rare that a Degrassi High student actually graduates on time.

10. When There Was A Fight Club

Of course Degrassi has an underground MMA ring. Why am I not surprised?

11. When They Had To Take "Media Immersion"

I was a Communications Major in college and I still don't know what class those Degrassi kids were taking. This is not a fear for my own safety as much as a fear for my grade point average.

The advent of Snapchat and popularity of sexting is the number one thing that scares me about High School today. While I'm all for whatever flirting method makes you happy and applaud the girls for their enterprising spirit, they're still mostly underage and the likelihood of a leak is too high. Not only that, but can we talk about the horror movie tactics that Winston used to trap Zoe and intimidate her, even after blackmailing her? He trapped her in the basement, cut the lights, and wore a crazy mask. Horrifying.

13. When The School Burned Down

Honestly, I'm surprised that it took 14 seasons for Degrassi High to catch fire, considering how out of control it is.