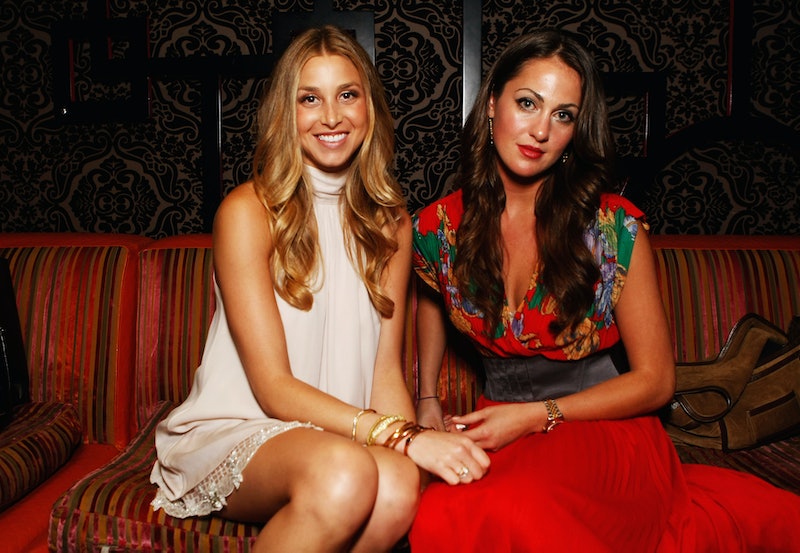 I find myself often wondering what happened to the reality stars who used to rule my world in the early 2000s. Since a lot of our favorite childhood shows have been having their moments to shine once again (hello, Fuller House!), it only makes sense that the shows that took us away from our high school and college study time should have just as much attention. Through Laguna Beach and The Hills, I think all of us fans got overly invested in the group of friends led by Lauren Conrad, so when the ever so stylist Whitney Port was going to star in her own spin-off, The City, I was obviously all about it. The drama was a little more intense, thanks to the backdrop of New York City and the inclusion of shady fashion people. Now that the show has been off for five years, I have to ask: What ever happened to The City star Roxy Olin?

What I remember most about Roxy was that she was Whitney's feisty roommate and co-worker at People's Revolution. (And whoa, remember Kelly Cutrone? She was kind of the queen of The City, to be honest.) While she might not be a household name, since The City ended in 2010, Roxy Olin seems to still be fabulous and is trying to make it as an actress.

I always thought that Olin was a huge babe, and since I (now) know that reality television is mostly scripted, I had some doubts as to Roxy and Whitney's real positions at People's Revolution. Was Roxy just hired to play the part? It seems very likely since she was actually an actress, and on another show at the same time she was on The City. I didn't know it at the time, but she was simultaneously a series regular on Brothers & Sisters which, surprise, also starred her real mother, Patricia Wettig. Her father, Ken Olin, is also an actor, so being in front of the camera was pretty much in her blood.

After Roxy and Whitney had their falling out and she moved out of their apartment, The City was cancelled and fans never found out what happened. While Whitney went on to follow her fashion dreams, Roxy seems to have continued acting, but hasn't taken on that many roles. She continued a role on Brothers & Sisters until 2011 and appeared in two short-lived television shows, The Mob Doctor and Sleepy Hollow. Her IMDb shows a film, ToY, in post-production, in which she played a character named Paige. It doesn't sound like a big part, but hey, it's something, eh?

According to her social media, it seems like Roxy is mostly enjoying the life of a socialite and splits her time between NYC, chilling in the Hamptons, and Los Angeles. I mean, when you're gorgeous and well-connected, why wouldn't you enjoy the benefits? It also seems like Roxy is still friends and in touch with Whitney, so there's no bad blood with The City crew — just the way I'd want my late '00s memories to live on.