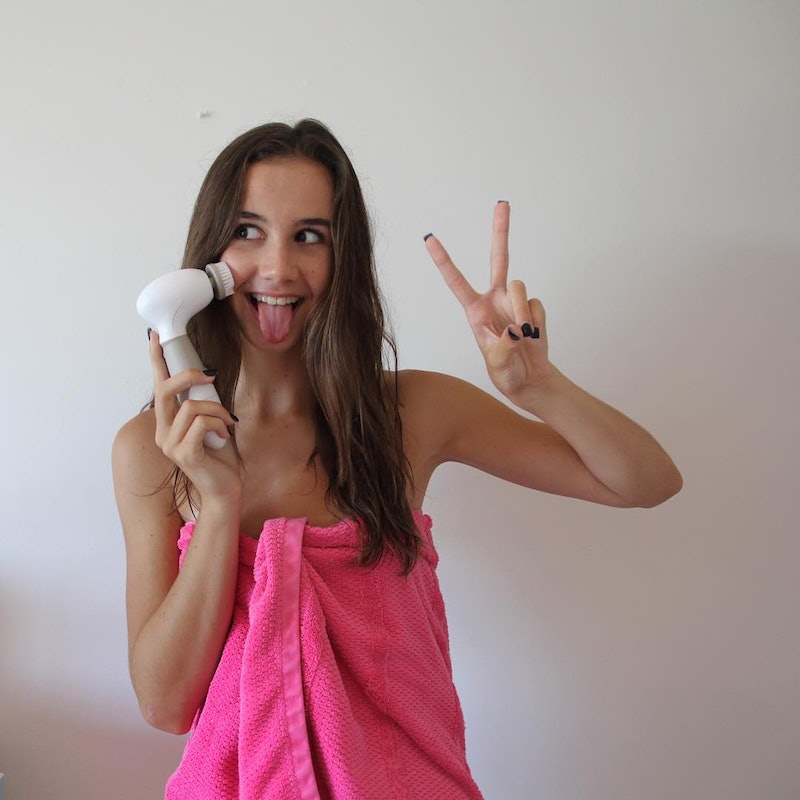 There has always been something therapeutic about listening to my favorite YouTube beauty vloggers while I'm doing my makeup or while I'm washing up at night. Turns out, it's not the vlogs that are creating this relaxing sensation, but rather the simple act of going through skincare and makeup routines, which can create a therapeutic effect. In the "Skincare Addiction" Reddit thread, a Reddit user named craftygamergirl made a comment explaining how her anxiety levels were steadily building up as she was trying to cope with a severe flash flood in her city.

She described her situation and explained how the flood was steadily at a consistent rise. But as the water levels were rising, so was her anxiety. Finally, the water began to recede, but she still had a lot of anxiety in her system. But she keenly took note of the fact that what had finally calmed her was, "going through the steps of my skincare routine. It's tactile, it's regulated, and I just felt so much better afterwards." She continued to explain how she had been struggling with general anxiety for years now and how no one had ever recommended her to cope with her anxiety in this way before.

Other Reddit-ers were quick to hop on the feed and share their calming experiences with their skincare or makeup routines. It turns out this therapeutic effect entirely makes sense. According to NYU Langone Medical Center's psychologist, Jennifer Wolkin, "this sort of ritual is a way to create a sense of control." Wolkin further explained how through creating control, it "[decreases] negative thoughts and [reduces] uncertainty to create an illusion of control."

The next time you're feeling particularly nervous, anxious or antsy, pulling your focus away from your present physical condition and onto something meticulous yet rote, such as your nightly skincare routine or your daily makeup routine, will definitely help.

More like this
19 Latinx Therapists & Mental Health Experts To Follow On Instagram
By Kaitlyn Wylde, Naydeline Mejia and Lexi Inks
Confused About Blush Placement? This TikTok Makeup Hack Will Help
By Olivia Rose Ferreiro
The Pros & Cons Of The "Moisture Sandwich" Trend, Explained By Derms
By Olivia Rose Ferreiro
The 9 Best Natacha Océane Workouts On YouTube
By Carolyn Steber
Get Even More From Bustle — Sign Up For The Newsletter