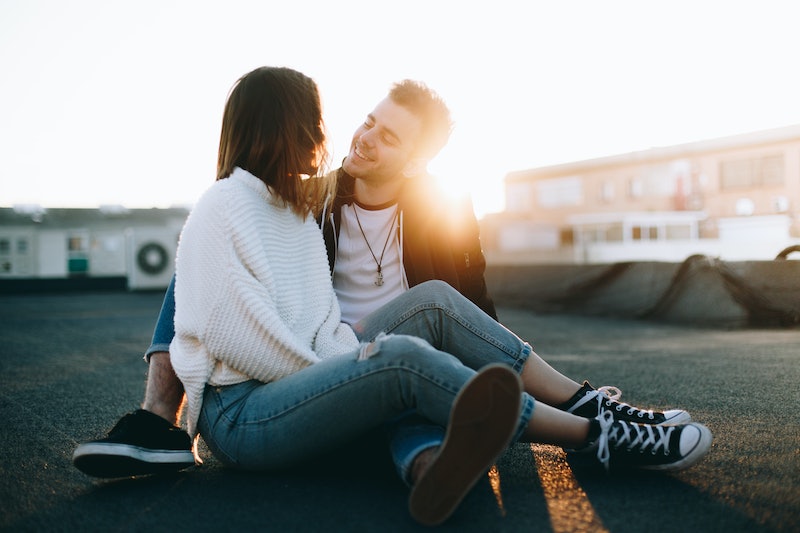 For a lot of us, the teenage years meant a whole lot of raging hormones and sexual discovery, but it turns out that may be on the decline. New research from the U.S. Centers for Disease Control and Prevention’s (CDC) National Center for Health Statistics says that teen sex rates are down, meaning today's teens are having less sex than their parents were 25 years ago. According to Time, "the number of teens from ages 15 to 19 who have had sex dropped 14 percent for females and 22 percent for males over the past 25 years," which is a pretty massive jump (and also means that 25 years ago, pretty much every body was doing it).

Using data from national surveys in 2011 through 2013, currently 44 percent of teenage females and 47 percent of teenage males reported that they've had sex. This is the age at which first sexual contact normally occurs, with the average age for losing virginity being 17. The good news is that lower sex rates follow other data that shows teen pregnancy is decreasing in the U.S., but Time emphasizes that "the CDC notes in the new report that America’s rates remain higher than other developed countries." What else did we learn from the CDC?

1. Boys Start Having More Sex Younger, But Things Even Out By 17

Boys were more likely than girls to report being sexually active in the early teenage years, but by 17, the response rates were similar. I thought we were supposed to mature faster?

2. Use Of Emergency Contraceptive Is Up In Teenagers

It's up a lot. Just in the past ten years we've seen an increase, from eight percent to 22 percent, in teenage girls who have used an emergency contraceptive.

Not just in the "it only takes once to get pregnant way" — it turns out that your first sexual experience sort of sets a precedent. If you used birth control during your first case of sexual intercourse you were half as likely to end up becoming a teenage mother.

4. Condoms Were The Most Popular, But Over Half Of Teenage Girls Have Been on The Pill

Condoms were the most common form of contraceptive for kids' first times having sex (oh, how I remember the awkward fumbling) but 54 percent of teenage girls reported using the pill. Whether or not they expressly received it for sex or it was a happy side effect of skin or period regulation problems isn't clear.