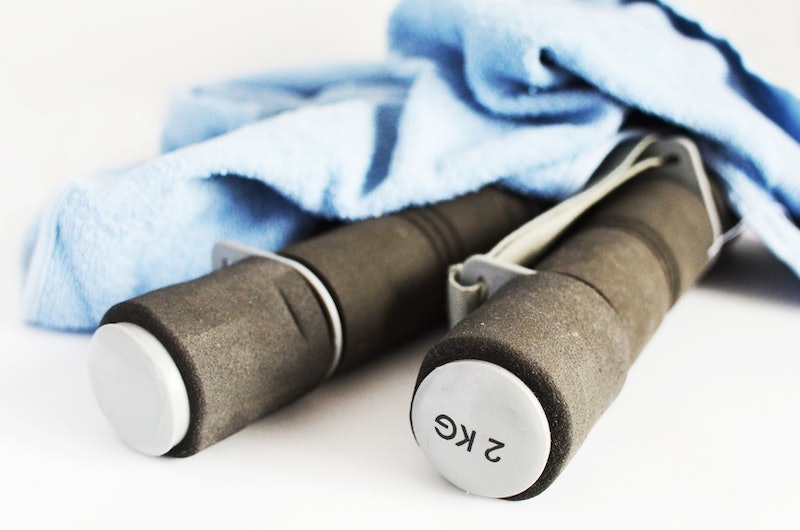 In a controversial video posted to Facebook recently, John Burk, a self-described “Fitness enthusiast and motivational speaker,” argues that overweight people are “repulsive and disgusting.” Despite going on a lengthy tirade about how obesity is caused by “sheer laziness,” Burk, a drill sergeant, insists at the end of the video, “This isn’t me trying to fat-shame.” If you’re thinking, “Um, what?”, I’m right there with you.

Burk’s rant has garnered over 5 million views across Facebook and YouTube, with hundreds of commenters writing to either support his statements as unflinching truth telling or to protest the speech as a hate-filled, fat-shaming diatribe. He begins the video by remarking,

To the overweight people: No, I’m not going to accept you for who you are, with that bullshit excuse of ‘you should love me because I’m beautiful. Your personality might be beautiful, but your body is not. It is not OK to be overweight. … When I sit there and look at somebody that's overweight, I find that utterly repulsive and disgusting. Why? Because it shows a lack of self-discipline.

He allows that there are a few legitimate reasons to be overweight, like “when you’re dealing with a thyroid problem,” but insists that “for most people,” the problem is “sheer f*cking laziness.”

There’s a lot wrong with this speech, from Burk’s argument that bullying is just something we should accept (“That’s just how life is”) to his insistence that obesity is, essentially, a matter of personal failure (Burk completely ignores, for example, important factors like the strong link between obesity and poverty in the U.S.). One of the most glaring problems with Burk’s rant is that, as Medical Daily points out, his very first statement — “Scientific studies have shown that it is not healthy to be overweight.” — is incorrect. In fact, scientific studies have recently suggested that weight is a poor gauge of a person’s overall health. It’s entirely possible to be overweight and fit, with a good diet and active lifestyle, and studies have shown that people who are overweight and fit have similar mortality rates to those who are thin and fit.

Despite these issues, many have responded to Burk’s rant positively. One Facebook commenter remarks, “I'm over weight and I totally agree with this, but I'm already making changes. Good tip!” Another adds, “I LOVE the message of this.... And I hope some people do take offense to it! It means that they know they have an excuse problem!” Other viewers, however, have protested what they regard as Burk’s fat shaming and unnecessary meanness. One commenter remarked on Facebook,

You know props to you for motivating people and encouraging people to be better, but this is an extremely negative and demeaning video. There are better ways of saying what you said in this video. Nobody should ever have to hear that they are gross and you should not accept them for who they are based on their appearance. Honestly who says that kind of crap? And honestly who gives a shit if the person is fat does that affect you besides that fact that you might happen to glance over and catch them in your field of vision; it doesn't not at all.

Burk has responded to these criticisms in a way that is consistent with tone of the video: Introducing it on his Facebook page, he writes, “If you get angry over this video but it helps save your life, then I don't give a f*ck about your feelings.” He then goes on to tell a number of negative commenters, “F*ck your feelings.”

Burk told BuzzFeed News of his motivational style, “I know what works best: blunt, in-your-face truth that slaps you so hard that it forces you to step back and start self-analyzing.” Although “truth slaps” may be rewarding for some people, I have a hard time believing that encouraging people to be ashamed of themselves and their bodies is the way to help them make positive life choices. On his Facebook profile, Burk writes, “I'm a lover of a positive mindset and a can-do attitude. I stay away from negativity and all those with that type of attitude.” There’s a certain irony, then, in the fact that his way of motivating people in this video is to spew hatred at them.

More like this
Dyson Is Dropping Futuristic, Air-Purifying Headphones
By Rachel Lapidos
What Does “The Rizz” Mean On TikTok? The Viral Slang Term, Explained
By Alexis Morillo
The 10 Memes That Defined 2022
By Alexis Morillo
This AI Filter Shows How You’d Look In Different Time Periods
By Alexis Morillo
Get Even More From Bustle — Sign Up For The Newsletter