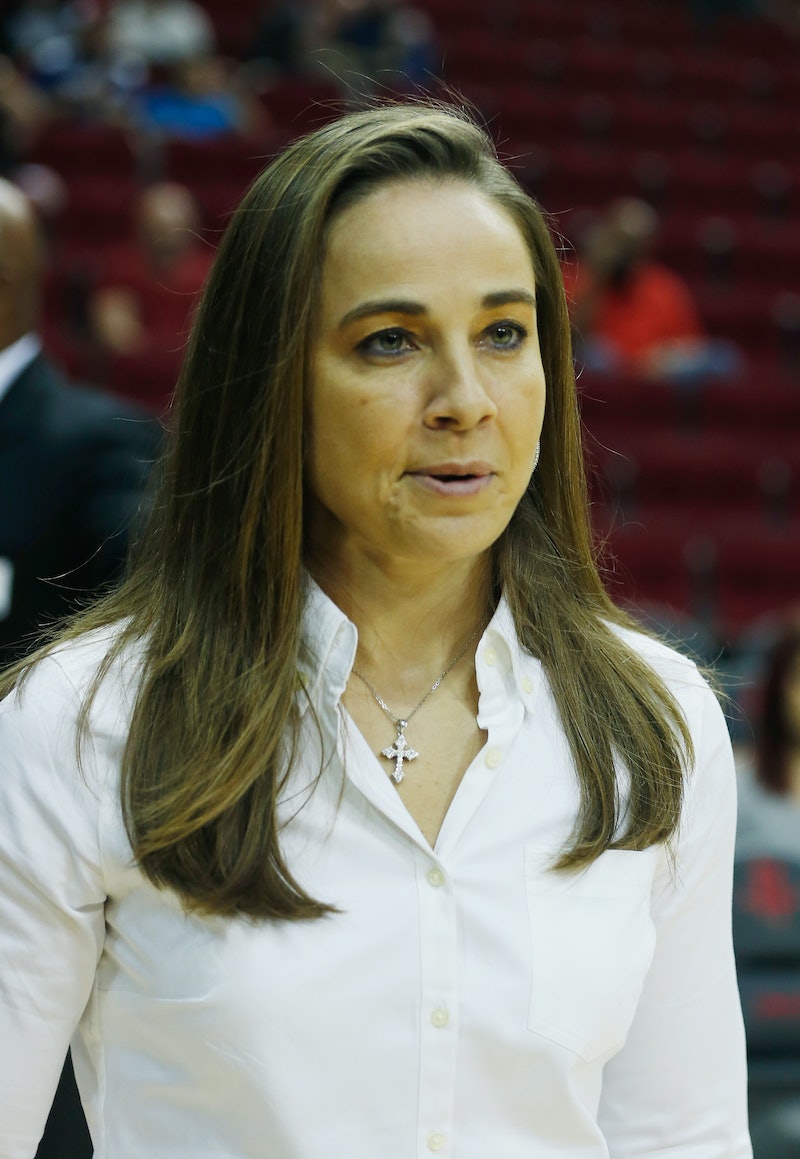 Hammon, a former WNBA point guard for the New York Liberty and San Antonio Stars, was named the coach of the Las Vegas Summer League team for the San Antonio Spurs earlier this year, making her the first female coach in NBA history. And lest anyone think she didn't completely earn her spot, she and the Spurs won the Las Vegas summer title this year, beating the Phoenix Suns 93-90 in the final. Which is pretty darn awesome.

"It was a grind," Hammon told reporters. "They've been together for 17 days. They really started to jell the last two or three games. They listened, and they played really hard for me. I just really appreciate their attentiveness and alertness. They were tired, but they fought through."

And the players had nothing but good things to say about Hammon as well. "It's amazing. It was a humbling experience for all of us," Spurs player Jonathon Simmons, who was also the championship MVP, told NBATV. "I really love her, and I've only known her a couple days. She's a real cool coach. She's a player coach. That's something we all like."

Hammon seems to also be doing a good job of walking the fine line between being proud of her status as a trailblazer while also wanting to focus on her job, rather than her gender. "It's always a fine line for me, because I don't want to downplay the significance of it," she told the press. "Because it is a big deal. But I also want it to be known that I was hired because I was qualified."

She also recognizes the particular challenges that she faces as one of the first women to ever be on an NBA coaching staff, and says that she's grateful to Spurs head coach Gregg Popovich for giving her so much opportunity.

"It takes some courageous men to hand women opportunities," she said. "You know everybody's talking about me being the first, well Gregg Popovich handed me this hammer to kind of smash this glass ceiling."

Popovich for his part has consistently told the press that Hammon was hired because of her coaching abilities, not because the team was specifically a woman.

The Spurs participated in two of the three NBA summer leagues this year, though Hammon was the coach only for the Las Vegas league, which is the most high profile of the three. Hammon will return as an assistant coach for the Spurs during the regular season — though if she continues to excel, we might see a team scoop her up as head coach before you know it.