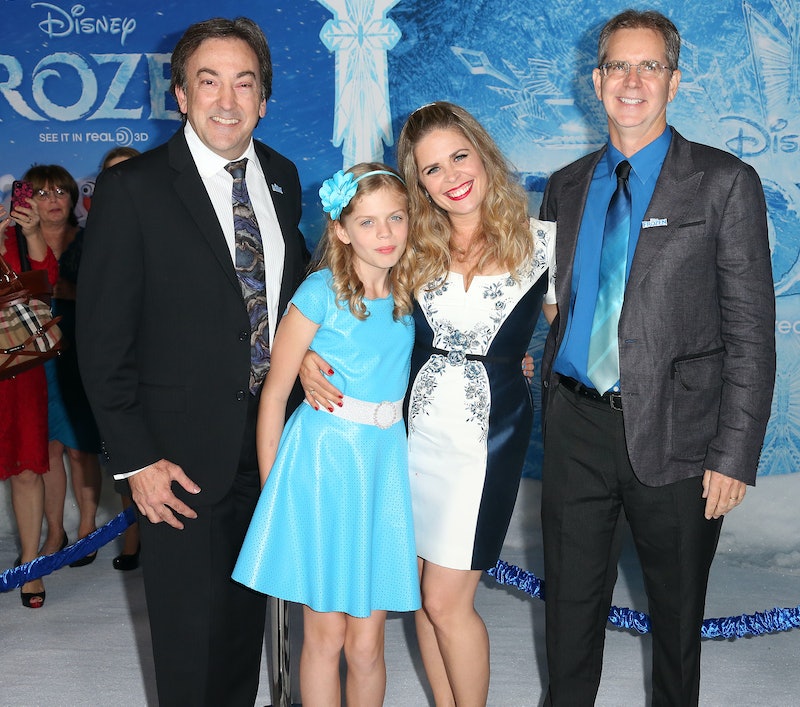 Let Sleeping Beauty lie. Forget Cinderella turning back into a pumpkin. Leave Snow White with her dwarven roommates. Jennifer Lee is the Disney heroine I want my future daughters to admire. Lee made history this year as the first female director in a feature-length Disney animated motion picture. Ever. Think about that: in the 90-odd years Disney has brought talking animals and whitewashed princesses to the masses, they have never had a woman directing. And this year, with the release of Frozen, they have finally given two talented women the directing credits they deserve.

That's right, Lee is joined by Lauren MacMullen, who directed the short that appears before Frozen, called Get a Horse. MacMullen's previous work has been primarily in television, although both Lee and MacMullen broke through the glass-slipper ceiling in Wreck-It Ralph, where Lee worked on screenplay and MacMullen was a storyboard artist.

Both of these women have made history in their own right, and I do not want to diminish MacMullen's considerable accomplishments. But, since Frozen deals with not one, but two princesses and their relationship as sisters, Lee's inclusion in the direction was crucial to making this princess film less cringe-worthy than most. Lee and others have already discussed how having women in the room allowed them to take the princesses off their icy pedestals, allowing for fart jokes and lots of awkwardness.

Lee also had a hand strengthening the sister dynamics in the film, which is one of the few positive female familial relationships in the Disney universe. Aside from Eudora and Tiana in The Princess and the Frog, I can't think of a Disney princess with lasting positive female relationships.

Although I know Frozen is far from the perfect girl-power princess movie, it's a pretty good start. The story of a 90-year moratorium on female Disney directors broken by a hardworking script-writer, though, is the Disney story I want to tell my daughters. Maybe it will be followed by tales of more women of color in the Disney writer's room.