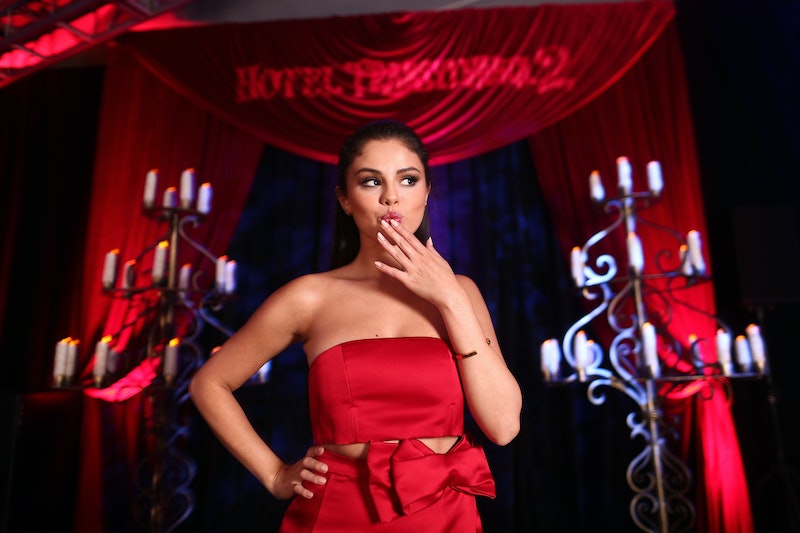 It's almost impossible not to notice, but just in case you've been oblivious over the past few months, Selena Gomez is all grown up now. Between her controversial V magazine cover shoot this past spring (heaven forbid a Disney Channel alum pose topless *clutches pearls*), signing on to be hair care label Pantene's spokeswoman in June and the release of her sexy-but-kind-of-creepy "Good For You" video released in July, we are all eyewitnesses of the maturing teen-witch-turned-superwoman.

This style switch-up totally stemmed from Gomez's role in the 2012 indie film Spring Breakers. You cannot possibly star in a crime comedy with James Franco and not grow up at least a tad. Granted she played the goody two shoes who got herself out of a bad situation from the get-go, but she obviously learned something over spring break, am I right?

From there, we've watched Gomez further embraced her natural beauty, curves and all. She's no longer sixteen, and she is no longer chained to her Disney Channel contract of good-girl-dom. The journey of her career has lead Gomez to be a jack of all trades, and I believe it has really influenced her style for the better.

And what better way to document the evolution of a celeb's killer style than through a roundup of their greatest cover looks? Check out Gomez's fashion evolution through 11 of her magazine covers. Try not to let your jaw drop too close to the floor when you realize just how far this woman has come.

I'll admit I giggled a bit when I saw Sugar trying to point out Gomez's "dark side," as I'm really not sure she has one. But I think every one of us has been through the alternative stage as a teenager, and (un)luckily for the actress, hers just happened to be photographed for the world to see.

Leave it to Cosmopolitan to bring out the sex appeal in even the sweetest of celebs.

I'm willing to vouch for Elle's July 2012 cover being one of Gomez's fiercest looks. Between the smoldering eyes and pouting, slightly parted lips, there is no sign of a little girl here.

She definitely has the exotic look going for her, and note that Gomez's dress here accentuates her womanly figure perfectly.

And we're temporarily back to our wholesome look. It's cool, we all have our set backs. She looks gorgeous anyways.

I remember when this cover came out and I loved it. Gomez looks like she could be the poster woman for a good time on New Years Eve. The gold gown makes her look super classy.

Bikini and the jersey. I see you, Gomez.

You know you are no longer restricted to child celeb status when you've made it on the cover of InStyle magazine in a navy blue, tube top jumpsuit.

The crop top and body con skirt says it all.

Again, minor setback. But she offsets the heart blouse with a parted lip and nude eye.

Listen, I can sort of understand why this cover caused an uproar from fans and parents of adolescents who worship Gomez. However, we need to let her grow up some time, and there's no denying that she looks fantastic.