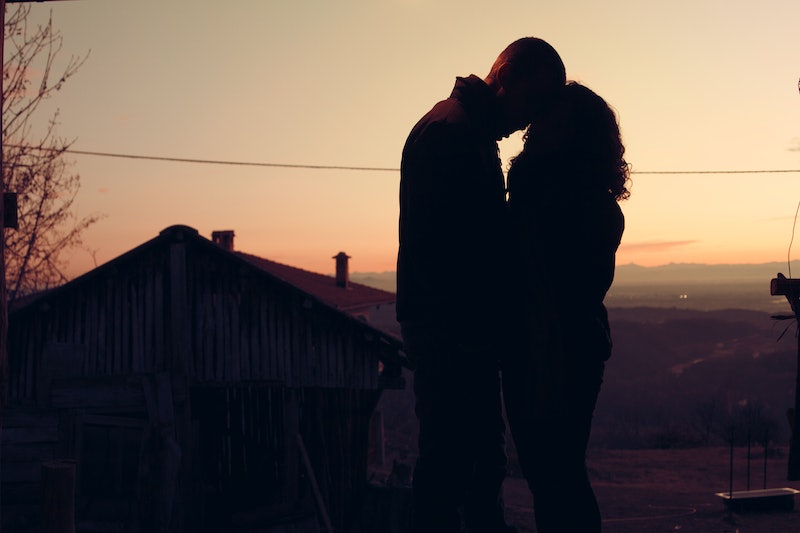 Millennials are known for a lot of things. For one, we’re having less kids than previous generations. We’re more open when it comes to sex, despite having less partners than our parents did. According to a new study, we’re also the generation known for mooching off our parents even when we’re well into adulthood. And, millennials may really not be ready to grow up, because as the study found, the number of people who are married and who live with a spouse has dropped dramatically over the years.

The report, which was released by the U.S. Census Bureau compiled data from a sample of about 98,000 addresses in 2014. They compared data of living arrangements of adults 18 years old and over to the present. In the late 60s and early 70s, about 70 percent of Americans aged 18-years-old and up said they lived with their spouse. Moving forward to today, the number of adults living with a spouse dropped down to about 50 percent. Previous studies pointing to the falling rate of marriage may play a big factor as to why that is.

Furthermore, the study found that more and more young adults live with their parents in order to save money or find stable jobs. It’s also no surprise that today, more women take up a large percentage of the workforce. Because of those two factors, people are no longer looking to marry at a young age for economic reasons, unlike before.

The study found that while less people are living with a spouse than ever before, more unmarried couples are living together. So, what does this all mean? What was once considered to be "living in sin" may not be as bad as it once was. It may also mean that marriage isn't a necessity for every couple. Looking at the shift in living arrangements over the years, it seems that the pressure to get married is no longer there. If a couple is perfectly content in their unwedded bliss, then more power to them.

Here are six things science says about living together:

1. It’s Best To Wait For An Engagement

A 2009 study published in the Journal of Family Psychology found that couples who lived together before getting engaged had a higher chance of getting divorced than those who wait.

“We think that some couples who move in together without a clear commitment to marriage may wind up sliding into marriage partly because they are already cohabiting,” Galena Rhoades, senior researcher said in the study. “Cohabiting to test a relationship turns out to be associated with the most problems in relationships. Perhaps if a person is feeling a need to test the relationship, he or she already knows some important information about how a relationship may go over time.”

Furthermore, couples who did live together before an engagement reported to having lower satisfaction in their marriages.

2. Living Together Before Marriage Doesn't Lead To Divorce

Thanks to numerous amounts of studies, like the one above, linking premarital cohabitation and divorce, a 2014 study released for the Council on Contemporary Families found that there was no difference in divorce rates between those who lived together pre-marriage and those who moved in after marriage. Researchers from the University of North Carolina, Greensboro used data from the National Survey of Family Growth and gathered information on more than 7,000 people who had been married at least once.

While the study above found no significant link between premarital cohabitation and divorce, they did find that the perfect age for picking a life partner is around 23-years-old. But that’s not necessarily a good thing. According to researchers, moving in with someone before people are set in their careers could put strains on the relationship. Furthermore, it was found that people who started living together, whether they were unmarried or married, before the age of 23, were more likely to breakup later on in life.

4. The Older A Woman Is When She Moves In With Her Partner, The Less Likely She Is To Get Divorced

Economist Evelyn Lehrer of the University of Illinois, Chicago found that it is in a woman’s best interest to make important relationship decisions later on in life when she’s more mature. With age comes maturity and realistic expectations about love and what they want in a partner. As Lehrer told Live Science in 2014, research shows that woman who take their time to move in or marry have a better opportunities to “invest more in their education and their careers.”

5. How Long You Wait To Move In May Contribute To A Breakup

According to a 2014 study conducted by Sharon Sassler from Cornell University and colleagues, working class-aged couples are more likely to move in together within six months of the beginning of their relationship than college-educated couples. Sassler cites previous studies stating that less education is linked to a higher risk of divorce. Because non-college educated people are seemingly jumping the gun when it comes to their relationships, they are more at risk of breaking up than their college-educated counterparts who tend to wait longer to make significant progressions in their relationships.

6. Living Together Doesn't Mean You Have To Get Married

While marriage may seem like the end goal for every couple, it doesn’t necessarily have to be. In fact, a 2012 study published in the Journal of Marriage and Family found that people who were married didn’t really have any long term advantages over couples who were just living together. When researchers compared the differences between married couples and those who were simply cohabiting, they found no significant differences after the initial honeymoon period.

“While married couples experience health gains—likely linked to the formal benefits of marriage such as shared healthcare plans—cohabiting couples experienced greater gains in happiness and self-esteem,” Dr. Kelly Musick of Cornell University said in the study. “For some, cohabitation may come with fewer unwanted obligations than marriage and allow for more flexibility, autonomy, and personal growth.”