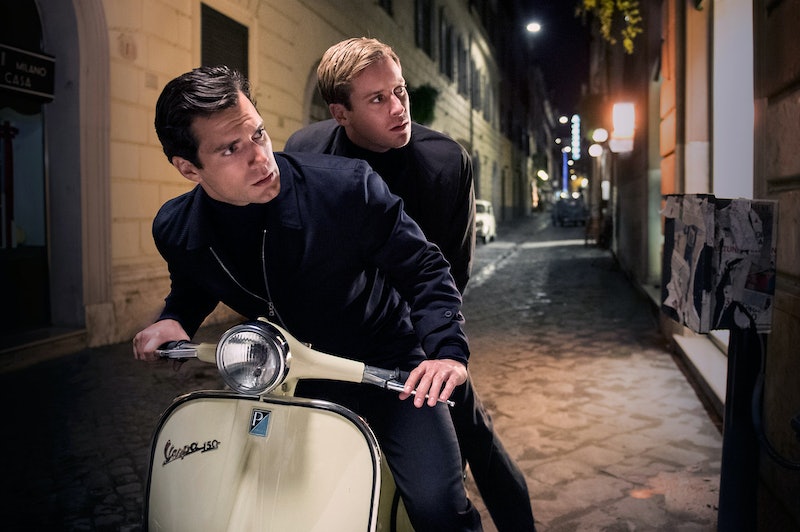 As if having a period film starring Man of Steel's Henry Cavill wasn't enough to get your panties in a twist, try adding The Social Network hunk Armie Hammer. And while we're at it, let's throw in the gorgeous Alicia Vikander and the oh-so charming Hugh Grant. The Man From U.N.C.L.E , a modern reboot of the beloved television series, surrounds a CIA agent (Cavill), and a KGB operative (Hammer) who must combine forces on a join mission against a mysterious criminal organization that is working to proliferate nuclear weapons. Not only is it a thrilling and fast-paced action flick (with tons of laughs to boot), the film thrives in its costumes and gorgeous cinematography.

Directed by Guy Ritchie, The Man From U.N.C.L.E. takes us to Europe for a superbly stylish adventure. Both leading men have proven their acting prowess individually, but when the men combine forces, audiences are in for a hilarious, and perhaps even touching, ride. (Not to mention the total babefest that is British Cavill and American Hammer in perfectly cut suits and suave, retro haircuts.)

Watch an exclusive clip from The Man From U.N.C.L.E. below, and get excited for the full feature length film come August 14.