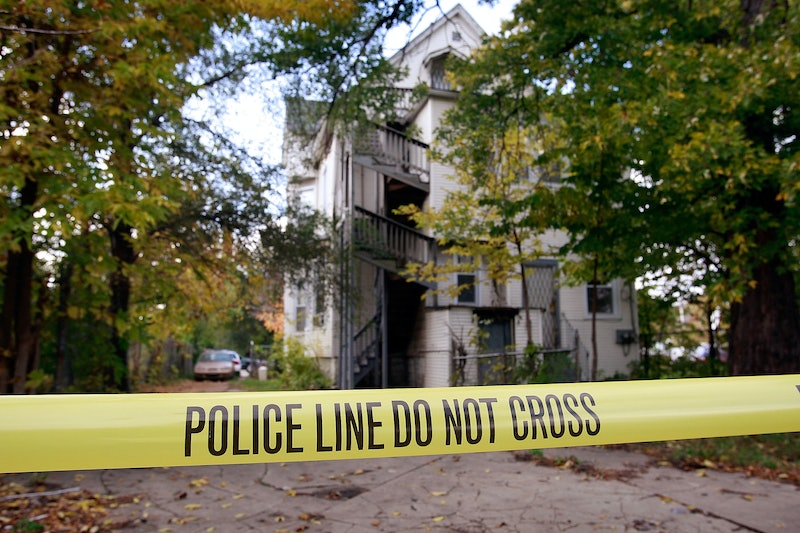 Now that the dashcam video of the traffic stop that led to Sandra Bland's arrest has been released, there are plenty of questions still unanswered: who is Brian Encinia, the officer who arrested Bland? Bland, a 28-year-old black civil rights activist, who had just landed a new job at Prairie View A&M University was found dead in her jail cell three days after the July 10 traffic stop, which all started, according to Encinia's initial report, because she did not signal when changing lanes. Her family and friends have rejected the initial findings that suggested Bland committed suicide in her cell.

According to the New York Daily News, Encinia, 30, has been removed from beat duty and is on administrative leave for violating Texas Department of Public Safety protocol. During the highly disturbing video of the encounter with Bland, Encinia can be heard telling her, "I will light you up!" as he points a Taser at her for refusing to put out her cigarette. The video also showed that when Bland asked Encinia to not hit her head against the ground because she has epilepsy, he replied, "Good."

Encinia has been with the department for a little more than a year, according to the The Dallas Morning News. He graduated from Texas A&M University and on his LinkedIn profile, which has since been deleted, Encinia indicated in his work history that he was formerly a district chief at the Brenham Fire Department and had also worked at Blue Bell Creamery as an "ingredient processor."

There is not much left to show that Encinia ever had any kind of a social media presence, and his LinkedIn profile was deleted not long after his name was made public. He hasn't spoken to any media about the incident, but his account of what happened during the traffic stop can be seen in the affidavit of the arrest warrant he filed. He wrote in his account that Bland had been combative and uncooperative, and that putting her in handcuffs was for his safety. The official reason he listed for her arrest was "assault [on a] public servant."

Bland began swinging her elbows at me and then kicked my right leg in the shin. I had a pain in my right leg and suffered small cuts on my right hand. Force was used to subdue Bland to the ground to which Bland continued to fight back.

It appears that Encinia is staying out of the public eye as the details of what happened to Bland remain under investigation.