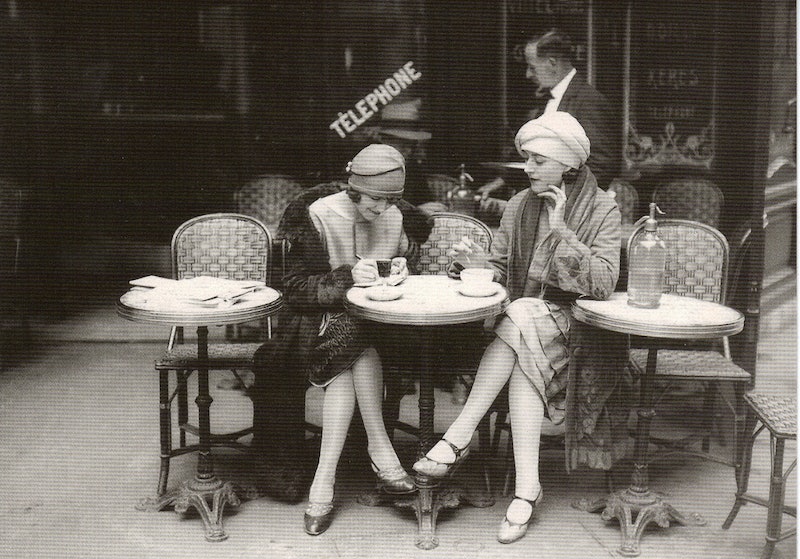 Sometimes books set in the days of yore — whichever yore it is — can seem hard to relate to. After all, although people for much of history have faced the same general philosophical issues we do today — questions about why we are here and who we want to be — they haven’t always had the same choices in regards to how to answer them.

Male characters set in the past often seem to take up one of three missions: going to war (in tales of absurdly pugnacious man drama), leading a community (in tales of political corruption), or seducing a woman (in tales of how silly and helpless women are). Women get an even shorter end of the stick; often, all it takes for a female character to seem like a hero in a book set in the past is the desire to choose whom to marry instead of being a silent observer to her own life.

Because of this, I’ve spent a lot of time avoiding literature set in the past. It’s a kind of tall order and impossible to control in a work or school environment, but in my spare reading time I’ve focused on literature and nonfiction about the relatable recent past and present. Every once in a while, however, I get completely absorbed in a book set long ago because it offers either an unusual perspective on the time, relevant and modern-feeling social and political commentary, a focus rarely mentioned subcultures, or well-developed and independent female characters that feel whole even while lacking today’s options. I give you, then some of my past-modern favorites, a category of book I just made up this moment.

The Group by Mary McCarthy

Mary McCarthy's classic girl-group saga is required reading for Vassar gals. However, It's worthy reading for the non-Vassarites as well. Banned near and far at the time of its release for being way too salacious and dealing in tons of taboo topics, it portrays a group of eight women (all, it should be noted, white and wealthy) growing into post-college adulthood during the 1930s. This book is also, however, an early example of honest literature about women being derided as trashy. Go figure.

Today it won’t shock readers the way it did after its 1963 release, but it remains relevant to modern female life nonetheless. Unlike many female characters in the 1930s, McCarthy’s gal’s views and experiences relating to men, abortions, homosexuality, socialism and more are illuminated with startling honesty. Additionally, many of them choose to forgo a traditional marriage and bearing children in order to make their own way in the world. Times have changed, but these pressure still exist, and it’s always nice to watch women break the mould.

Helen of Troy by Margaret George

History was, by and large, written by men, so this account of the Trojan War from the perspective of Helen, the bride over which the war was supposedly waged, offers us an unusual perspective on the well-known mythology of that period. Female-driven or not, mythological war stories can be hard to relate to because the main plot points have, by now, been boiled down into clunky metaphor-heavy parables. Helen of Troy, however, manages to expand instead of contract our understanding of the Trojan War, portraying a full-fledged political crisis. In this telling, the war is caused by a group of greedy kings that use Helen, a free-spirited woman, as the pretext to pillage a neighboring nation-state. George’s Helen is self-possessed, sharp, and ambitious. She’s more than just an object men fight over, and her watchful eye allows us to see the many parallels between mythology’s Trojan War and today’s sometimes ill-advised but very real military incursions.

The Chaperone by Laura Moriarty

Moriarty's story of a young, rebellious silent movie star and the woman who accompanies her to New York is a great female-centric window into another period that is almost always recounted from the male point-of-view. It also, however, is an opportunity to watch one women’s liberation. Cora Carlisle begins her chaperoning trip to New York as a girdle-wearing conventional Midwestern lady, but her time in New York with the the free-spirited and often downright disrespectful Louise Brooks winds up teaching her a lot about how much more life can offer than a sober, half-fulfilling marriages and judgemental neighbors. Cora’s revelations show that living a good life is about living a life that works for you instead of living for the benefit people watching. It's a conundrum we can all relate to today as we watch attitudes on a number of social issues shift in real time.

Cleopatra: A Life by Stacy Schiff

Cleopatra gets portrayed somewhat dismissively as a boundless beauty who used her looks to acquire and maintain power, ultimately allowing love and greed to be her downfall. This biography from Stacy Schiff, however, presents a different reality, one in which the queen was a mediocre-looking but extremely shrewd politician, a clever manipulator, a respected diplomat, and a whip-smart and respected intellectual. Her love affair with Roman general Marc Antony was lopsided, but it was because she had more power and agency — the ability to act as kingmaker in kingdoms that weren’t even her own. This biography is extremely satisfying in it’s choice to portray Cleopatra as skilled instead of lucky and educated instead of objectified. The Cleopatra we know from pop culture can be a frustrating figure for independent and enlightened women, but the Cleopatra that actually existed does not have to be.

Chronicling the travels of a freelance pro-union militia during the civil war that takes on a mascot in the form of a freed slave boy they’ve mistaken for a girl, The Good Lord Bird is hilarious, full of heart, and filled with interesting, relevant, and quite modern commentary on race and privilege. McBride makes an interesting choice here in portraying some well-known northern abolitionists as a bit... hmm, should we say... self-absorbed and self-aggrandizing. These figures are usually untouchable in civil war era histories because their work was so valuable, but, in this account, McBride writes them as a bit dismissive of actual ex-slaves, and loath to think too deeply about the reality of life for black Americans in the south even as they do history-making work. As a result, there is plenty of very current-feeling commentary on what it means to contribute constructively to solving a problem and how well-intentioned people can sometimes make a mess of things. In the process, it brings the central issues of the Civil War to light, and shows us how they connect to the way we discuss race today. When we discuss how women of color relate to white feminism, and how we as a country can change the way we talk about race, we end up having these same discussions about race and privilege. Here, we get to have them in an immensely entertaining package.

For a long time I thought of Laura Bush as a complete non-entity, which, to be fair, is maybe how the White House wanted us to see her? In any case, this fictionalized account of her life changed that by giving her a voice in her own (fake but pretty accurate) story. This “Laura Bush” is not a quiet, bland housewife; instead, she is filled with modern ideas, personal drive, and massive confusion about how a quiet girl from a small town found herself in love with a man that doesn’t share her worldview or priorities. Sometimes feeling something current in a novel about the past is as simple as finding a fully formed female character to latch onto, and Sittenfeld certainly works her magic here. American Wife is a story we can all find ourselves in even if our goals don’t line up with the fake Laura’s own.

Lovers at the Chameleon Club, Paris 1932 by Francine Prose

This smart, salacious story of a lesbian couple and the underground nightlife of pre-World War II Paris is a delicious romp, a tale of love and betrayal, and an admission that all those social “problems” stodgy old men would have us believe are modern have, in fact, always existed. Based loosely on true events, this book will satisfy your desire to take a trip to a romanticized historical Paris, but you won’t having to pretend that life outside the margins doesn’t exist. In fact, if this novel shows us anything, it’s that many people inside the seemingly restrictive margins of yore were just as flawed and wonderful as you would expect.

Catch-22 captures the feeling of an era in which warring seemed endless and, at times, pointless, and given the foreign policy blunders of our post-9/11 world, that reading feels fairly current even today. From meaningless bureaucracy to the philosophical non-sequiturs inherent in any declaration of war, this book will remind you that none of it really matters or makes sense — war or any unpleasant reality — but sometimes you have to deal with it, anyway.