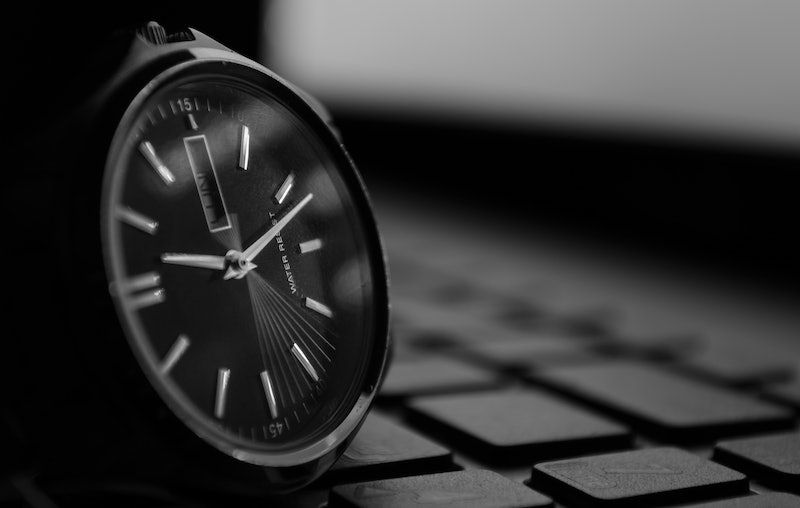 Have you ever wondered, why does time fly? We've all noticed how summer vacations in our childhoods seemed to last an eternity — in fact, the days crawled by so slowly that most kids were almost excited to return to school in the fall. ("Almost," of course, is the operative word here.) By the time we reach high school, though, summers start to speed by — and by the time we get to college, the seasons seem noticeably shorter.

If you've been thinking that you're crazy for noticing this, you're not alone. Philosophers and physicists alike have pondered the question of why time seems to speed up with age for centuries. In the 17th century, famed physicist, mathematician, and Original Nerd Isaac Newton founded the entire study of classical mechanics on the theory that time is absolute. In other words, it passes without regard to anything else going on in the universe. This drew a distinct divide between space, aka the world around you, and time, which keeps ticking away no matter what goes down in space. Over time, however, physicists began to question the concept of absolute space and time. Thanks to a guy known as Albert Einstein, you're probably familiar with the idea that time moves slower the faster an object moves. He wasn't the first to introduce the concept, but it picked up steam when he incorporated time dilation into his theory of relativity, which has held up to further experimentation in the modern day. In fact, researchers at the US National Institute of Standards and Technology made headlines in 2010 when they recreated one of his experiments using atomic clocks, and the results further supported his theories. In other news, Einstein's ghost spent the entirety of 2010 saying "I told you so."

That same year, neuroscientist Dr. Warren Meck discovered that drugs like cocaine can affect rats' perception of time, and in 2013, a French study found that even our emotional states can affect how quickly we feel time pass. Contrary to Newton's theories, our perception of time appears to be dependent on a variety of factors. (Typical Newton.)

This relativity of time is beautifully illustrated in Maximilian Kiener's digital project Why Time Flies, which explains how each year becomes proportionally shorter as we age.

When we're born, the project states, a year is the entirety of our lives. As we get older, however, time seems to pass more quickly.

According to the website, French philosopher Paul Janet theorized that this occurs because humans perceive time "relative to the 'absolute' time we can compare it to."

By the time we turn 18, half of our "perceived life" is over.

If we make it to 90, a year consists of just over one percent of our lives. Is your head spinning yet?

The project is an unsettling reminder of our own mortality, but it concludes on a positive note: "Life is short. Do things now!"

You can check out Why Time Flies here.