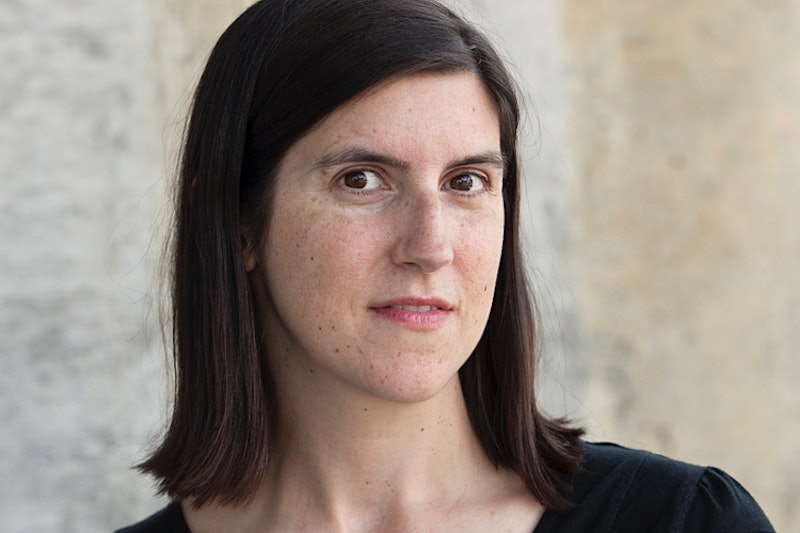 I was a senior in high school the first time I read Prep, and I’ve read it at least 10 times in the seven years since. That’s at least 10 times all the way through, because I’ve lost count, and because there are portions I’ve read many more times—whole chapters while trying to fall asleep, a few pages here and there while I’m waiting for water to boil or in a doctor's waiting room. I’ve taken it to Santa Fe, and North Carolina, and my boyfriend’s parents’ house in Western Massachusetts. It’s a reliable friend, with heartbreaking, curious one-liners (“I thought maybe this was why you told stories to other people—for how their possibilities enlarged in the retelling”), and a relatively unexciting plot that is still somehow riveting. And maybe it’s Prep’s lack of thrill that gets me; witnessing our heroine, Lee, navigate high school in an average way and grow up—slowly, so slowly—fulfills a sort of voyeuristic tendency in me. Just as Lee admits to being, I’ve always been drawn to studying yearbooks, perhaps in an embarrassing way (or an unsettling way if you didn’t know me, if you mistook my general busybodiness for something else).

My first Prep reading was done mostly on spring break by my best friend’s grandparents’ pool in West Palm Beach, Florida. I immediately fell in love with Lee, the saddest of wallflowers. Or, no, I wasn’t in love with her; that’s ridiculous. She’s terribly unlikable. And fictional. I just couldn’t, and can’t, believe what was unfolding in front of me. I felt such an immediate kinship with her. Have you ever been to a restaurant and been seated across from a wall mirror? Reading the book felt like that compulsive need to look at yourself, not out of vanity, not really, but out of the fascination of momentarily witnessing yourself as others might. Reading Prep is like that, like looking in a mirror not because you like what you see but because you’re curious about what’s there. I followed Lee’s story and return to it time and time again because the writing is great, but I have this morbid longing to see who I was and who I am, and I feel like some of the answers are hiding underneath that grosgrain book cover.

I was still a bit round around the edges when I first happened upon Sittenfeld’s early 90s New England — roughly the same size I am now, but I was softer then, or I like to think so. I was smart but lacked the grades or confidence to back it up. Everything about me felt off. My hair was always staticky. My eyebrows were too thin. I was painfully aware of social circles and where I fit in. I never learned to drive. I was secretly (or not so) in love with my best guy friend, and hooking up on and off with a boy from another town whom I’d idolized for years and who fluctuated between obsessively pursuing me and actively avoiding me. I thought — and this is weird, because I didn’t have much self-esteem — that any boy I met would somehow fall madly in love with me, and was confused when they didn’t. I wanted desperately for people to know who I was, but just as badly wished that I could disappear.

I felt like the living embodiment of Lee — unsure of myself and convinced that others were just as judgmental and critical of me as I was of them. Lee’s and my similarities followed me through college: an aching depression during the first half, a junior year fight on Parents’ Weekend, and a year-long, mysterious sexual dalliance. There was also a disorienting end to it all where, like Lee, I had almost made off without having any serious attention on me.

For her four years at Ault School, Lee goes relatively unnoticed until a journalist reporting on boarding schools quotes her thoughts on race and class. She’s angry but not surprised, reasoning that “Over the years, I had gotten away with too much.” At the end of my time in college, I got quickly involved with a hastily thrown together, week-long movement to reform the school’s sexual assault policies; it got me attention in ways I wish it hadn’t, and reminded me of my high school self: wanting to be intriguing and talked about, but without any real consideration of who I was or what I was doing. For the last two years in college, I was deliriously happy. I had great friends. I had fun. My professors liked me. I got really into Museum Studies and wore big earrings. I was somewhat at the margins of my larger social group. That hurt, sometimes — I so badly wanted to belong! But it was fine. I was glad to be a part of something, without really having to be a part of it, to have a few close friends and a handful of folks to just have fun with. So, at the end of that week-long movement, after staying awake for 96 hours and falling asleep during my last final, I cried into my old roommate’s blonde hair and thought, like Lee, that I’d almost gotten away with it, with existing without impacting.

Even in graduate school, I felt like Lee and I led parallel lives. My relationships with men didn’t improve much; I was turned down by a guy who got sort of internet famous because of an article he wrote about men and women being friends, and was obsessed with a guy who lived in upstate New York. I made good friends. My co-workers liked me. But I was still silent in my classes, still painfully aware of my heavy gait and my cowlicked bangs. Prep is narrated by the adult Lee, and at the end of the book she says, “I remember myself as often unhappy…and yet my unhappiness was so alert and expectant; really, it was, in its energy, not that different from happiness.” She also admits that doesn’t like talking about her high school experience. And I don’t either, though it’s unavoidable, and though it’s not always my high school experience, necessarily, but my years and years of general malaise and discomfort. Re-reading Prep is like having a panic attack. I know I’ll be fine, but it’s so hard to remember that in the moment.

Have you not read it? It’s really wonderful. Please don’t let me dissuade you. It’s maybe the best book I’ve ever read, because it does what books should—it puts you right there with the characters, it entertains, and it forces you to confront parts of yourself that you’ve hidden away.

I think I'm ready to move on from Prep. I lent my boyfriend my copy last year (he liked it, though sometimes gets it confused with The Secret History), and it feels less like mine now. It's strange to see it on his bookshelf, but it makes me glad. I met him a month before I turned 24 and right as I started to like who I was becoming, so maybe it's time to start looking for a book that defines who I am now, not who I was.