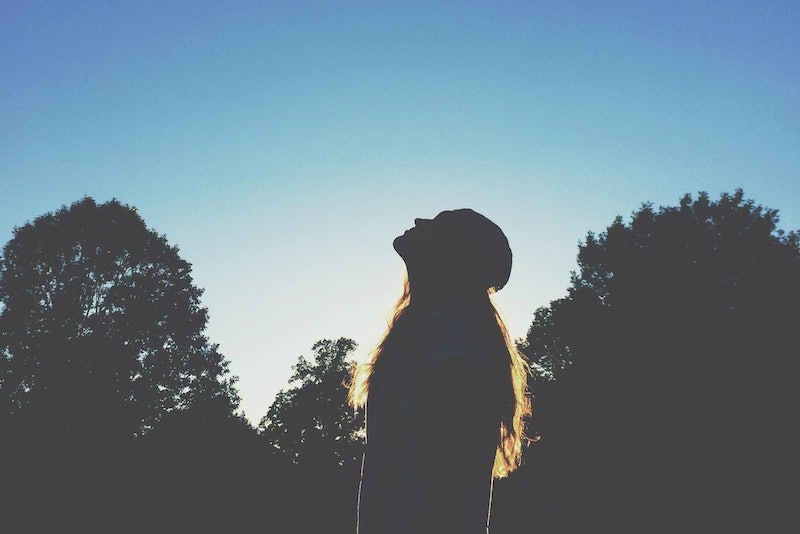 If there's one thing us millennial women are doing better than our parents' generation, it's self-care. The New York Times recently tackled data from four surveys analyzing the attitudes of millennial women towards their profession, work-life balance, and the trajectory of their careers in comparison to Baby Boomers and Gen X-ers. The results found a sharp departure from the Sex & The City trope of women "having it all." As it turns out, millennial women have seen first-hand that it doesn't work and aren't really interested in the idea.

Instead of finding a linear career path and climbing the ladder in that one field while juggling kids, millennial women are more likely to strive for flexibility. Their 10-year plans don't include salary goals, making partner, or more responsibility at one job. They instead include actually planning to take time off, or shifting into a different position (or a different company) that allows for more flexible hours, if and when they want to start a family.

What we're planning for instead of "having it all" is work-life balance. Unlike the two generations before ours, we actually expect our work versus family priorities to shift over time, rather than trying to maintain peak success at both. In other words, we've learned that it serves no one to half-ass two things. Better work-life balance and flexibility in our careers gives us the opportunity to toggle between work and family in less absolute and restrictive ways.

"They’re anticipating that in some way they’re going to have to dial down or integrate their career and their life," Levo's CEO told the NYT. "This reality is something that people are a lot more transparent and open about."

Nothing demonstrates the dated absurdity of the "having it all" mantra than Amy Schumer's "'80s Ladies" clip.

Here are three gaping pitfalls we're working against when we strive for better work-life balance instead of a coked-up fever dream of "having it all":

Millennials already "job-hop" more than previous generations. This is, in part, due to a terrible economy: We're finding jobs only tangentially related to our degrees (if at all), and job insecurity means we'll bounce around to whatever field we can sustain ourselves in. But it's also due to our increased desire to be emotionally and creatively fulfilled at work, instead of just financially. So if we're already bouncing between different fields to follow our bliss, it's not that much of a stretch to imagine shifting from a travel-heavy position in consulting to a more remotely flexible position in the web industry to support our family plans.

We're learning that the idea of feminism in the workforce needs to go beyond simply "women being equal to men." Equal pay seems like a losing battle for the time being, as does shattering the glass ceiling. Instead of competing with men by trying to do everything they do in the workplace, plus taking on all the responsibility of motherhood, we're striving for flexible partnership. We want a co-parenting situation in which we can have some work-heavy periods while our partner stays home with a sick kid, and vice versa. We better understand give and take. Workplace feminism is no longer defined by doing everything "just like a man" would; it's defined by doing things like you would, and having that be respected, too.

As John Oliver so scathingly reminded us, the American family leave model, maternity system, and childcare system sets us up for failure when it comes to juggling work and family. Paid maternity leave is not a guarantee (nor is unpaid leave), childcare is obscenely expensive, and the so-called "partner track" of working your way up at one company doesn't earn you a break for baby-making at a time when your body is best-suited for making babies (i.e., your 20s). So it's no wonder that we don't expect to be as satisfied as our male counterparts with our careers. We're set up for dissatisfaction and we know it. Instead of fighting a losing battle (in our fertile lifetimes, at least), we're finding ways around it, and on our own terms.

"Having it all" in a system that's failing us is impossible. We're proving that we know how to anticipate and plan for that failure, and take care of ourselves in spite of it.

Check out Bustle’s new podcast, I Want It That Way, which delves into the dirtiest parts of dating, and find more on our Soundcloud page.)