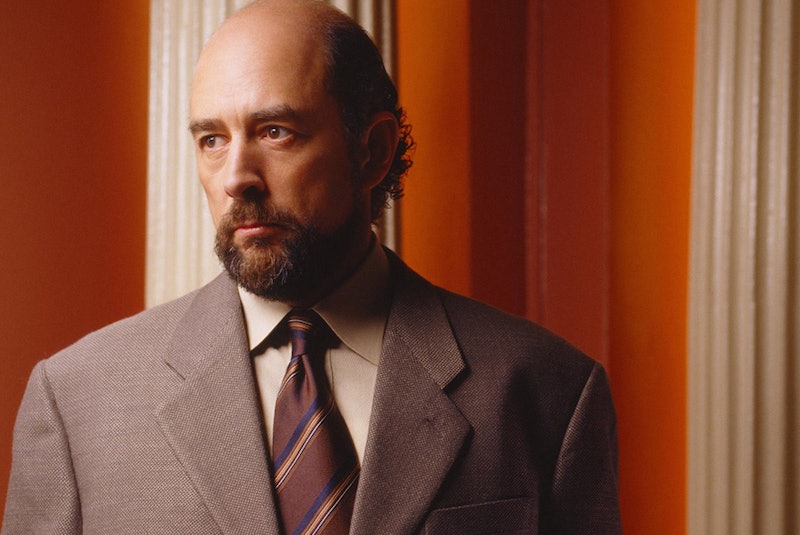 Every time there's a huge real-life news story, I fantasize about how the best fictional Bartlet administration character from The West Wing would handle it. The magic of The West Wing is not just the dreams it instills in viewers thanks to its progressive politics, but it's also within the strength of its characters — the best of whom is definitely Toby Ziegler. Simultaneously the most and least optimistic senior advisor to President Jed Bartlet, he was both the idealistic angel on Jed's shoulder, as well as Jed's worst critic — which is something that every president needs. Even better, Toby was a vital source of both sarcastic zingers and democratic ideals.

Though Toby was one of the most unique characters television has ever seen, he was also one of the most relatable. It's easy to understand where Toby was coming from most of the time, whether he was talking about how much he hated everyone in the world, or if he was talking about needing pie (which yeah, I could go for some right now). Toby just understood life, and, subsequently, understood us all.

Need more proof that you're probably at least a little like Toby? Here are 14 definitive signs that will help you figure it out.

1. There's Literally No One In The World That You Don't Hate Right Now

That's everybody at least once a week, mostly on Mondays. But for you, it's every day.

3. You Get Pretty Drunk

You get pretty drunk, and it's not pretty.

4. ...And Getting Drunk Is A Necessity

5. You Need Some Pie

7. You Have An Adorable Laugh

Even if you don't laugh that often.

8. You Have A Hard Time Playing Nice

Even if Chris Traeger himself tells you to.

10. You're Only Nice To People Who Deserve It

It's better than being fake nice and letting undeserving people off the hook.

11. You Want To Be Left Alone Sometimes

It's important to tell people when they're bothering you — you know, so they don't get away with it.

13. You Know Who The President Is

That's an important thing to know.

Outdoors isn't where the Netflix is. You're willing to do anything to get back indoors — even if it involves exercise.

Good to note: If you found yourself relating to more than 10 of these, you're probably actually Toby Ziegler.