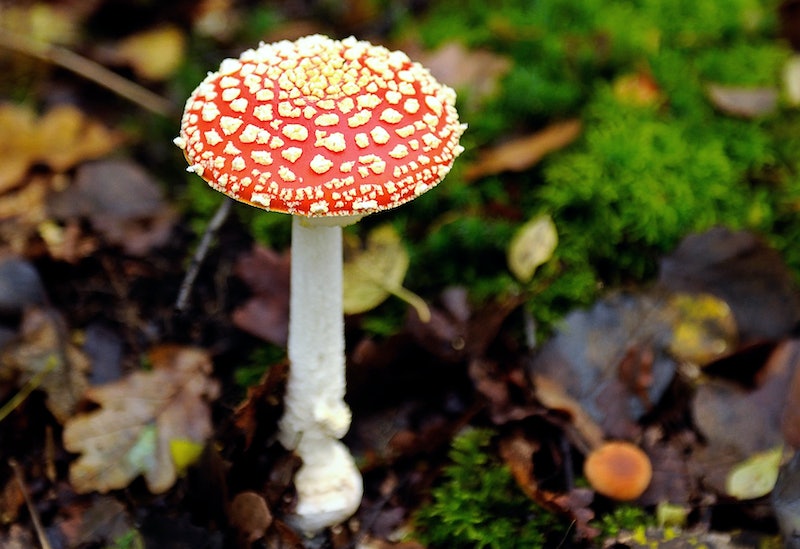 Ah, nature. It revitalizes the soul, inspires with its wildness, radiates poetic beauty at every turn. And sometimes, it's also straight-up disgusting. Bugs, fungi, creepy deep-sea creatures ... not OK. But as is its way, the earth is also full of strange surprises, and sometimes, we will stumble across things in nature that are both disgusting and wonderful at the same time. Some of the things we find the most breathtaking in the great outdoors are only beautiful in our minds, before we find out what they really are, which is often something that could make even the toughest among us feel a little grossed out.

Being an outdoor enthusiast myself, I certainly try to respect all of the natural world, even if it gives me the creepy-crawlies. But that doesn't mean I won't run shrieking in terror away from something that turns out to be secretly repulsive, despite its alluring looks. And some of these attractive feats of nature are dangerous! There are plants that eat animals, guys. But in the spirit of celebrating all earthly wonders, no matter how yucky they really are, here are some beautifully gross life forms to feast our eyes on (and also feel slightly nauseated by).

Yep, this beautiful white image before you is the result of trees rotting away. The growth is referred to as "ice hairs." They are little strands of ice that spring out of crevices in trees where "cold-tolerant" fungi are present. Yuck! But also: So pretty!

This one is more depressing and pretty than anything else. As a result of the nuclear disaster that occurred at Fukushima in March 2011, several species have suffered mutations, including daisies. The cause of this phenomenon is terrifying and tragic, but the flowers look so unique and beautiful. In some ways, I feel like these images speak to the resilience of certain life forms.

The Maldives and Puerto Rico are both famous for their bioluminescent beaches. The gorgeous, glowing water is completely mesmerizing. But do you want to know what causes that glow? Plankton! Those gross-looking little microscopic organisms light up like an evening sky to scare away predators.

This hypnotically gorgeous image is of a really nasty little fly (called Drosophilia) embryo at the cellular level right after fertilization. Enough said.

Okay, so the one tree is sort of growing into the other, not being eaten by it. But there are myriad carnivorous plants out there that can eat bugs or even small animals. They are fascinating, but also utterly terrifying. I don't know about you, but the idea of a plant eating an animal makes me a bit queasy.

More like this
The 6 Best Balaclavas To Keep Your Face, Head & Neck Comfortably Warm
By Jenny White
How To See The Lunar Eclipse On May 15-16, 2022
By Kaitlyn Wylde
My Picky Eater Dog Absolutely Devours This All-Natural Food
By Allison Berry
If You Have Pets, You Probably Don't Realize You're Making These Common Mistakes
By Mackenzie Edwards
Get Even More From Bustle — Sign Up For The Newsletter