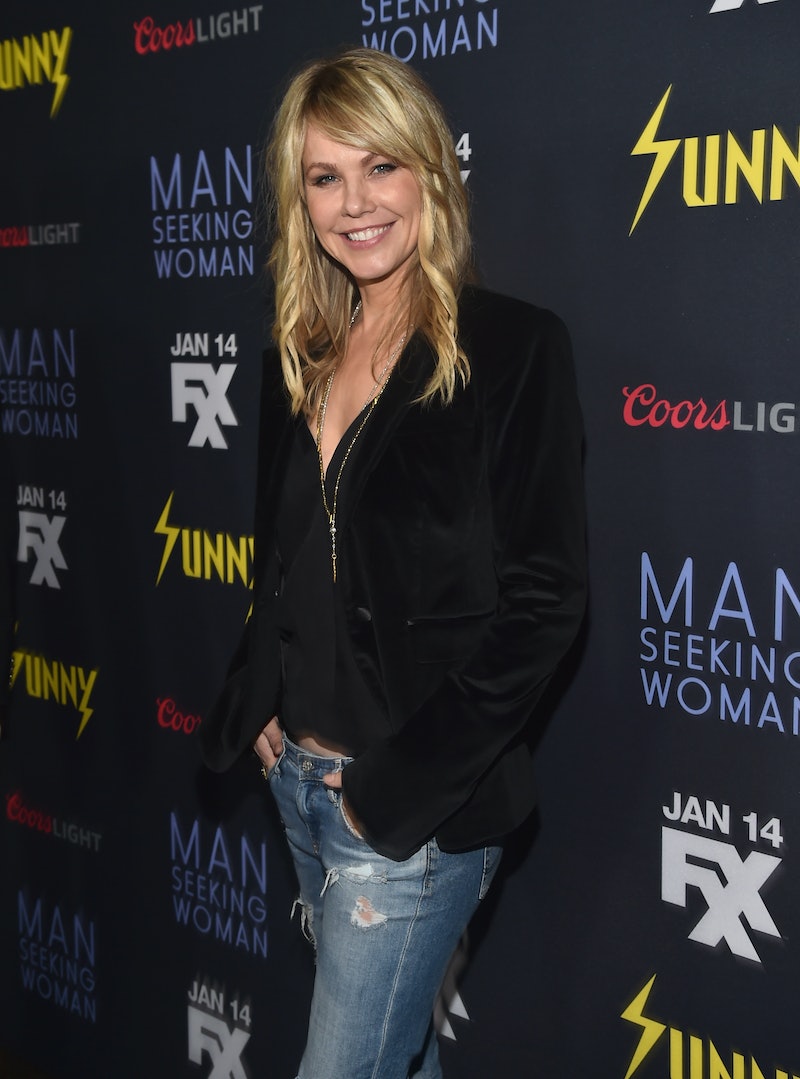 No one cranks out original content quite like Lifetime; and they're known for making movies based on ripped-from-the-headlines true stories. Those stories often revolve around women who have been kidnapped, women who have been killed, women who have escaped harrowing situations, and/or women on a mission. So, since Stolen Daughter , premiering on Lifetime July 26, contains almost all of those themes, is Stolen Daughter based on a true story? Not according to Lifetime's website, where there is no mention of it being based on any real event. It's still a fascinating tale, though.

Stolen Daughter follows a mother, Stacy Wilkins (Andrea Roth), who is a missing children detective forced to take a break from her job after "a case that went wrong," according to Lifetime's description. But, when her own teenage daughter is kidnapped, she's pushed even further out of her department and banned from investigating the abduction. So, what would you assume she does? She defies everyone telling her not and hits the pavement looking for her missing daughter "before its too late."

And if that sounds interesting to you, but you're looking for a more historical take, Lifetime has already debuted three movies based on true stories of abducted women this summer alone; keep an eye out for reruns of these most recent true life tales:

As if it wasn't unnerving enough that the kidnapper in question in this movie is played by Scott Patterson, aka Luke from Gilmore Girls, Hannah Anderson's real story is seriously frightening: In 2013, Hannah was abducted from cheerleading practice, and the main suspect was her family friend James DiMaggio, whose home was soon found to contain the burned bodies of Hannah's mother and brother. Hannah had been missing for a week when the pair were found and DiMaggio was later killed in a shootout with the FBI. The Lifetime movie follows Hannah's time with DiMaggio, and it's seriously intense.

Just about everyone remembers when Michelle Knight, Amanda Berry, and Gina DeJesus were rescued from the basement where they had been held captive by Ariel Castro for more than a decade. Cleveland Abduction follows Knight's story of keeping faith during the course of her abduction and providing hope for the other two women who shared in her hellish experience.

Stockholm, Pennsylvania isn't actually based on a true story — but it is based on a real psychological condition, as evidenced by the name of the fictionalized Pennsylvania town. Stockholm Syndrome is so common to the vernacular of telling stories of kidnapping, it's surprising that it wasn't until 2015 that Lifetime released a movie detailing the true story of its origins. Stockholm Syndrome is a condition in which abducted parties end up experiencing a positive attachment to their kidnapper. In Lifetime's movie starring Saoirse Ronan and Cynthia Nixon, a young girl is abducted and kept for 17 years by her captor before being returned to her family. When she is returned, she struggles to connect with that family, having been mostly raised by one man... her kidnapper.

True or not, I would highly recommend not watching too many of these movies at once if you'd like to ever feel comfortable leaving your house again.