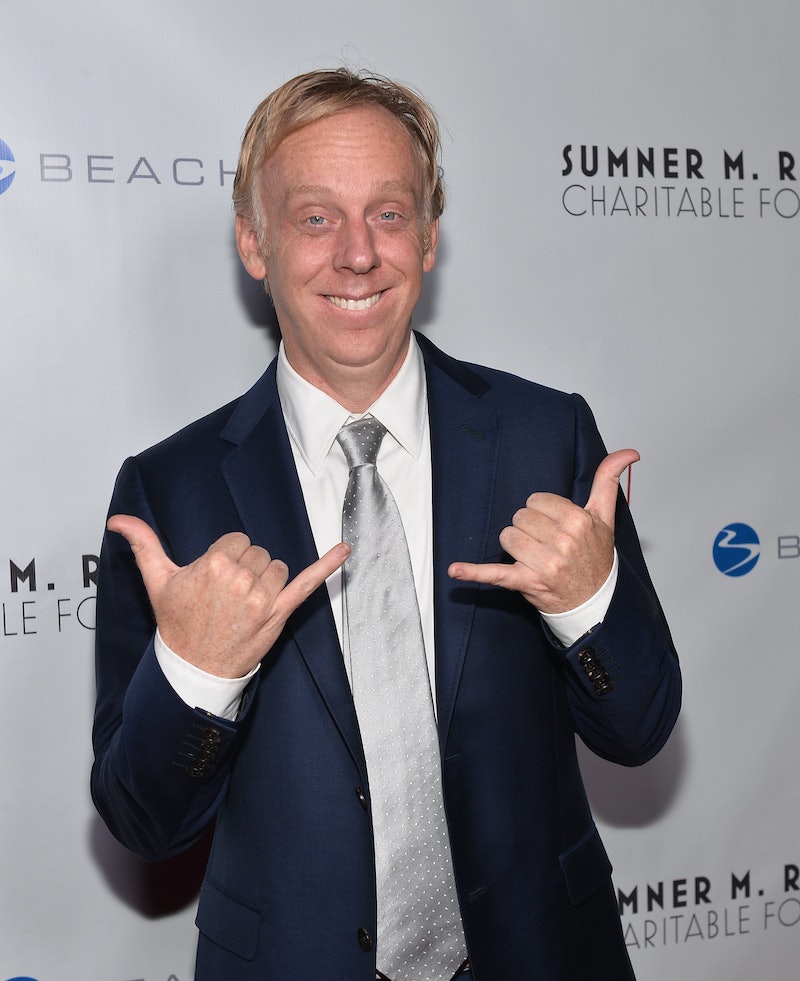 Mike White fans assemble! According to The Hollywood Reporter, White and Girls co-executive producer Murray Miller are developing a show together. The new HBO comedy, Mr. Romance, is based on Josh Bearman's nonfictional work "The Only Muscle I Can't Control: In Search of the Next Romance Novel Cover Man." The 2010 article chronicles a search for "the new Fabio." Um, yep. I'm in. A show based on that premise needed to happen, like, yesterday. Bearman will be an executive producer on the show, as will White. Miller will cowrite Mr. Romance with Casper Christensen.

As promising as the concept sounds, I was game as soon as I read White's name. White wrote two of my favorite Jack Black movies (School of Rock and Orange County), was a writer on Freaks & Geeks, and co-created/co-exec produced/co-starred in/wrote Enlightened. If you missed the Enlightened train, I am so, so sorry. The show lasted two seasons, and now only lives on in the archives of the HBO GO library.

It is too late to save Enlightened (such a bummer), but that shouldn't dissuade you from checking it out. Hey! Why not watch it while you wait for Mr. Romance to happen? See? I'm just looking out for you. Here are a handful of reasons why you should watch Enlightened the first chance you get:

It's a Tough Show, But In A Good Way

Again, I don't want to reveal too much but! Here's the premise: A woman has a mental breakdown, goes to rehab, has an awakening, comes home, and decides to do what she can to fix the world around her. Her adventures don't pan out in a nice and tidy way, however. The show is not a breezy comedy. It's challenging. It's smart. It's weird. It's real. There are some raw, devastating moments. It feels like an important show.

Dern co-created and starred in the show. She won a Golden Globe and received an Emmy nomination for her portrayal of Amy Jellicoe. It's an incredibly rich performance: The character is both hilarious and heartbreaking. I can't imagine anyone else taking on the role of Amy.

The entire cast is terrific. Dern, White, Luke Wilson, Diane Ladd, Timm Sharp, and Jason Mantzoukas are just a few of the names in the stacked ensemble. And all of them are well-rounded, well-written, and fascinating characters. The Tyler (White's character) episode "The Ghost Is Seen" will punch you in the gut.

The Protagonist Is Brilliantly Complicated

As Vulture's Margaret Lyons says, "Amy is not always easy to root for." Amy can be frustrating. She can be too optimistic. She can be myopic. But she means well. The more the audience learns about Amy (and the more the audience is willing to empathize with Amy), the less frustrating she becomes. And before you know it, you're rooting for this deeply flawed, frustrating character. She's beautifully tragic. It's one of the better character studies that's been on TV in a while.

It'll Catch You Off Guard

Without giving too much away, the last few episodes of the series will make you say, "whoa buddy." No, the series isn't a plot twist-fest, but it does have its shocking moments. And those moments feel earned every time. The show is masterful in that way.

More like this
'Shadow And Bone' Season 2 Pics Show Mal & Alina Starting A New Journey
By Bustle and Bustle UK
Everything To Know About 'Money Heist: Korea' Part 3
By Gretchen Smail
In Pop Culture, Female Journalists Are Finally The Main Character
By Jenny Singer
Jenna Ortega Was Worried About Her 'Wednesday' Love Triangle
By Grace Wehniainen
Get Even More From Bustle — Sign Up For The Newsletter