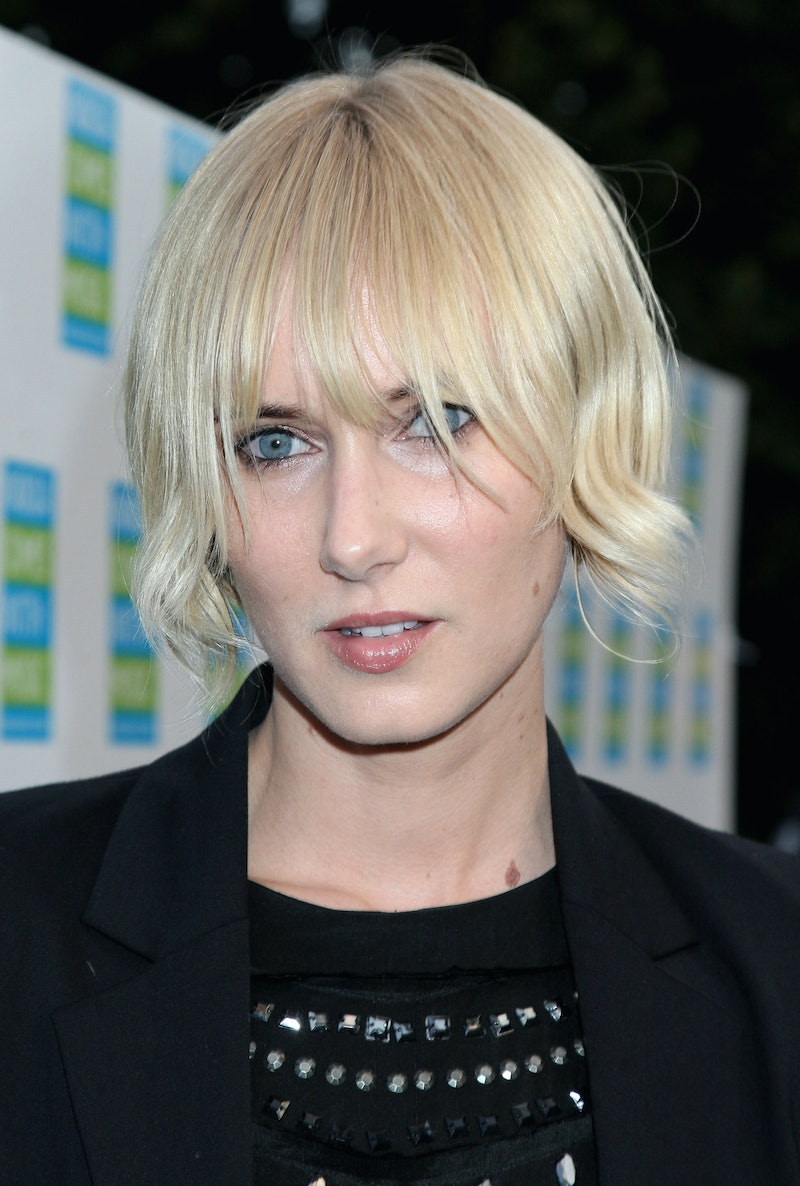 When you grow up as Hollywood royalty, you're used to having every aspect of your personal life scrutinized by the public. Kimberly Stewart knows that all too well. However, now the actress/model and daughter of legendary singer Rod Stewart and actress and former model Alana Stewart is willingly opening up her personal life to the world on the new E! reality series Stewarts & Hamiltons . So does that mean we'll see whoever Kimberly is dating as well?

It's possible, but not likely. That's mostly because it doesn't seem like Kimberly is in a relationship with anyone at the moment. For someone who has been tabloid fodder for most of her adult life, Kimberly seems to have kept her love life under wraps for the past couple of years. You sing that Salt-n-Pepa song, Kim!

Kimberly could also be too busy to get into a relationship right now. She had to film Stewarts & Hamiltons and now promote it. She also has a 3-year-old daughter named Delilah with actor Benicio del Toro, though the two were not a couple, according to People. Still, they seem to have an amicable relationship as both have been seen together out in public with Delilah, doing what families do.

She has also been engaged to musician Cisco Adler and Laguna Beach star Talan Torriero, but both weddings were called off not long after they were announced.

It looks like Kimberly still has a lot of love in her life from all of her wacky family members. However, there is one Stewarts & Hamiltons cast member who just might give Kimberly more love than she's looking for. Kimberly's best friend Dean Geistlinger, whose claim to fame is that he helped discover Eminem, will also be a big part of the show. Although Kimberly and Dean are very close, in this first look at the series, it appears that he wants to take their relationship to the next level, but she's not feeling it so much.

All right. We'll see how this plays out. Whether or not Dean is the one, there's always the possibility that Kimberly starts Stewarts & Hamiltons single and then finishes the season in a relationship.