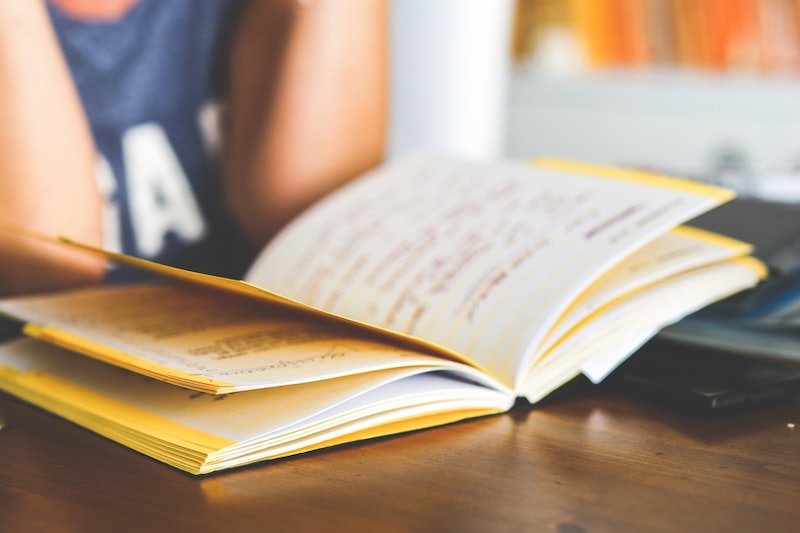 Thornapple Kellogg Schools, a Michigan school district, has developed a new sexual and reproductive health curriculum designed to help students with intellectual and/or learning disabilities understand and safely explore their developing sexualities. The special education program will be officially implemented into the district during the upcoming fall semester. Sex-ed curriculum hardly ever includes lessons meant for people with intellectual disabilities; those who live with such disabilities may have issues with communication, comprehension and abstract thinking, literacy, and/or they may learn more slowly than others. There are numerous oppressive and harmful myths regarding the sexualities of people with these types of learning disabilities, including that they are all asexual and don't experience sexual feelings/desires, or that they have no self-control and thus any knowledge of sexuality is dangerous. Additionally, parents who don't understand how to communicate ideas about sexual health in an accessible way for people with intellectual disabilities may assume it is impossible. But these are myths, and as the American Association on Intellectual and Developmental Disabilities (AIIDD) states, “People with intellectual disabilities and/or developmental disabilities, like all people, have inherent sexual rights." Denying the need for education regarding their emotions and desires is incredibly dangerous. AIIDD continues:

This loss [of sex education] has negatively affected people with intellectual disabilities in gender identity, friendships, self-esteem, body image and awareness, emotional growth, and social behavior... some individuals may engage in sexual activity as a result of poor options, manipulation, loneliness or physical force rather than as an expression of their sexuality... Every person has the right to exercise choices regarding sexual expression and social relationships. The presence of an intellectual or developmental disability, regardless of severity, does not, in itself, justify loss of rights related to sexuality.

Because of this lack of education, as The International Journal of Family Medicine states, people with intellectual disabilities are much more likely to only learn about sex from television or movies, forcing them to adapt to a complex and confusing society without actual real-life survival tools. The report goes on to state that, "In one study, adults with [intellectual disabilities] were more likely than both adults with physical disabilities and the general population to state that they did not have all the sexual knowledge that they would like to have," which causes them "to express misconceptions related to reproductive anatomy and physiology, sexuality and sexual health."

Failing to provide education produces horrific patterns of sexual abuse, violence, and exploitation amongst people with intellectual disabilities. Kim Chausow, director of curriculum at Thornapple Kellogg Schools, told School News Network that maintaining the safety of special education students was the driving force behind the new curriculum, referencing the disturbing statistics regarding sexual safety among these youths. The National Center on Child Abuse and Neglect found that kids with intellectual disabilities were more than twice as likely to be sexually abused when compared to kids without intellectual disabilities. The U.S. Department of Justice reports that 68 percent to 83 percent of women with these disabilities will be sexually assaulted at some point in their lives. However, less than half will seek legal or psychological help following the attacks, so that already extremely high percentage is only an estimate — as is the case with all sexual assault statistics. The State Government of Victoria also explains that the increased abuse of youths with intellectual disabilities can stem from:

While, of course, the causes of these heinous abuses are the abusers, sex education can help these vulnerable youths learn to differentiate between consensual, safe sexuality and violent, abusive behavior so that they can tell a trusted adult that something is wrong. Megan Roon, a social worker for Thornapple Kellogg Schools, also told School News Network that, "Those with neurological difficulties can be talked into dangerous situations because they do not comprehend the dangers and just want to be someone's friend." In order to combat these injustices, the school's new sex-ed courses for special education will discuss healthy and appropriate relationships, dating and abuse, and "when, where, and what's OK in regard to sexual subjects." The American Academy of Pediatrics explains that this type of comprehensive sexuality education for those with developmental disabilities will “help them attain a life with more personal fulfillment and protect them from exploitation, unplanned pregnancy, and STDs," due in part to sexuality education's focus on healthy relationships, trust, and pleasure. While, as with most sex ed, parents can opt out of the program, numerous parents have actually expressed relief and support for the classes since they have struggled to provide this kind of information on their own.

Thornapple Kellogg Schools' program was developed after two years of researching already existing special education sex ed programs, which produced unsatisfactory results. So, along with Grand Valley State University, they published the Florida Developmental Disabilities Council Book, entitled "Sexuality Across the Lifespan," which will be used in conjunction with other resources. However, the district acknowledges that because disability justice has long been left out of the progressive sex education movement, the curriculum will need continued improvement and expansion.

Other parts of the world are also advocating for disability justice in sex education:

Sapda, or the Advocacy Center for Women, People with Disabilities and Children, advocates for sexual education for people with disabilities to help bring an end to these injustices. In 2014, Sapda conducted a survey of youths with disabilities which revealed over half of those teens had experienced an assault and only 37.8 percent knew what reproductive health services were. Sapda's research findings "led to a comprehensive, accessible sexual and reproductive health education program for disabled youth. The program recognizes that people with disabilities are not only victims of abuse, but also have the same fundamental rights to sexual pleasure as everyone else." Additionally, The United Nations Convention on the Rights of Persons with Disabilities was introduced into Indonesian law in 2011. While these programs and policy changes are hopefully the beginning of justice, as Cermak explains, there will be no real change until all parts of government are invested in granting universal access to sexual health services.

The Family Planning Association, or FPA, is a sexual health organization based in the United Kingdom that advocates for comprehensive sexuality education for all beings. One of the organization's projects is Autism, Sex, and Relationships. FPA, in conjunction with the organization Scottish Autism, supports autistic kids and adults, ages 8 to 25, by providing Sex and Relationship Education (SRE) workshops specifically designed for autistic youth. Discussion topics include "body parts, private and public spaces, and different kinds of relationships." FPA also provides workshops for parents and caregivers in order to better equip them with tools to continue the conversation with their children. Autism, Sex, and Relationships also trains sex educators so that they can more accessibly communicate certain ideas to youth on the autism spectrum. FPA even hosted a conference focused on the project in March, saying, "Our project is so important because parents and foster carers often find it difficult to talk about and respond to the sexual development of their children. When a child is on the autistic spectrum, relationships can be complex, and it can be even harder to address the reality of sexual relationships developing."

More like this
What Mercury Retrograde Spring 2022 Means For Your Sign's Sex Life
By Nina Kahn
How To Fight For Reproductive Rights, Based On How Much Time You Have
By Courtney Young
Yomi Adegoke On The Offline Diaries & The Power Of Representation
By Jessica Morgan
The Music Industry Continues To Fail Black Women
By Precious Adesina
Get Even More From Bustle — Sign Up For The Newsletter