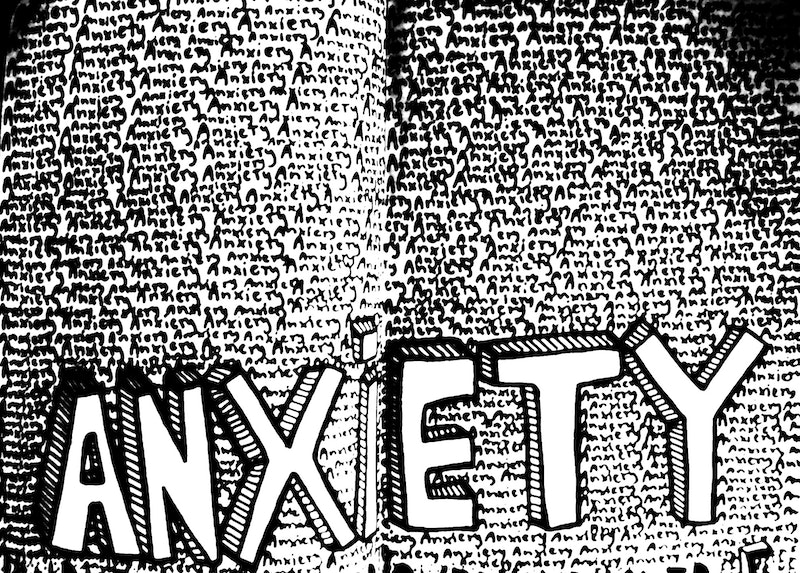 Humans have been putting their thoughts down for thousands of years — since the Sumerians started to record things in around 3000 BC, the world's been filled with prose, records, and terrible poems about break-ups. We're the only species that seems to have picked up this particular skill, and it's the basis of a lot of our societal success — and consequently, scientists have been very nosy about what it does to us as humans and biological beings. The answer? Writing has serious and surprising health benefits.

It's common for us to separate emotional health from physical health. Brain and body are different, right? Sadness can't actually make us sick, can it? But we're gradually understanding that the human body is seriously affected by what happens in the brain — depression and other mental illnesses are so crushing for the body's system that they can reduce life expectancy significantly, while there's serious scientific research about the benefits of laughter as a medical aid. Don't throw out your prescriptions and try to solve your problems by grinning, but adopting good mental health practices is definitely a way to help your overall health. And writing, it turns out, is part of that picture.

Of course, writing itself can also be the source of stress. (I'm a freelance journalist. Trust me, I know.) But particular kinds of writing, involving emotional expression and revelation of inner feelings, seem to have genuine health benefits, including some particularly innovative ones. So next time you're ill, it may be a good plan to pick up a pen as well as your meds.

1. Had An Emotionally Traumatic Experience? Write!

A major study in 2005 focusing on recovery from emotional trauma found that writing about traumatic feelings and experiences produced what the study called "significantly better physical and psychological outcomes" for the people who did the writing. The key? Writing about what really mattered. A journal about the weather wasn't going to do the same kind of emotional and physical healing.

The results were pretty stunning, even if the increments were small. People who wrote at length and regularly about how they were feeling and their traumatic memories spent fewer days in hospital, had a stronger immune system, better liver function, better mood, and were psychologically stronger overall — with better grades. These were young people who were likely quite resilient, but it's significant nonetheless.

There's an addendum to this: Suffering from serious PTSD? Writing about the incident or incidents themselves is probably not going to do a lot of good unless it's under clinical supervision and on the advice of a specialist in exposure therapy.

2. Got Asthma Or Rheumatoid Arthritis? Write!

This may seem completely bonkers, but it's true: a study in 1999 asked people suffering from asthma and rheumatoid arthritis to write about the "most stressful experience of their lives," or about neutral topics. The results? Asthma patients who really shared their emotional memories in print showed lung function improvement of 10 percent after four months, while the asthma patients who'd written about TV programs or easy stuff didn't show any change.

And the rheumatoid arthritis sufferers? The emotional writers showed a significant improvement in the severity of their disease, while the neutral ones didn't shift at all. The very idea seems ridiculous — that emotional outpouring onto the page can release feelings and alleviate the symptoms of serious diseases — but the numbers don't lie.

3. Want To Increase The Effectiveness Of Your Vaccinations? Write!

If you've recently received or are planning to get the Hepatitis B vaccine, one way to increase its efficacy may be to pick up a pen. A study in 1995 about the relationship between "disclosure of trauma" — yep, writing it down — and levels of antibodies in people who'd had the Hep B vaccine showed a result that you shouldn't be surprised at by now.

After writing about trauma for four separate daily sessions, patients were given the vaccine, and then had their blood regularly tested. The patients who'd done the writing program showed "significantly higher antibody levels," and lower levels of T helper lymphocytes and basophils. Talking about your emotions in a deep way, it seems, is seriously good for your body's immune response and capability of fighting off diseases.

A 2002 study of expressive writing among breast cancer patients took a slightly different approach. Patients were divided into three: women were either asked to write about their "deepest thoughts and feelings" about breast cancer, any positive feelings and thoughts they had about the breast cancer experience, or just plain facts about their lives with breast cancer.

Three months afterwards, the researchers checked up on the three groups, and found that the first group had the greatest improvement. Those who'd done expressive writing felt that they'd experienced far fewer physical symptoms. And both the first and second groups had gone to see the doctor a lot less about cancer-related issues. The control group continued unchanged.

The lesson? Positive thinking, while it's helpful, isn't necessarily the key: a deep emotional engagement with your medical experience seems to be the best approach to helping you feel better.

5. Recovering From A Small Injury? Write!

In 2004, New Zealand researchers made headlines around the world when they discovered one of the strangest links of all: between emotional writing and the body's actual ability to heal wounds. Being emotionally open, it seems, kind of turns us into Wolverine.

After a biopsy, 49 adults were asked to write about either their deepest emotions or their daily life for three days in a row. After two weeks, they had the wounds from their biopsy checked regularly for 21 days. By the 11th day, 76 percent of the expressive group had full healing. The people who'd chronicled their daily lives? Only 42 percent of them had got that far.

A 2011 study by the University of Chicago demonstrated that pinpointing the expression of particular types of performance anxiety (they used students of several age groups who were anxious about tests) could actually improve your performance. The students who wrote about their worries before an anxiety-wracking test improved their grade point average overall, leveling the playing field between themselves and those students who weren't worried at all. Finals secret weapon, activate. (It also worked longer-term, on struggling college students, whose expressive writing "intervention" improved grades and drastically reduced drop-out rates over the course of their degree.)

Sufferers of clinical depression can find a limited amount of relief in writing, too. A 2006 study found that expressive writing helped depressives stop ruminating (obsessing repeatedly over negative thoughts) and experience less depressive symptoms — but only for a short period of time, and only with a one-off effect. A "booster" session didn't do very much to help, so it's not a universal panacea.

Clearly, it seems expressive writing seems to reduce the body's stress hormones and its ability to sleep — both of which play huge, though as yet only partially understood, roles in our health and ongoing well-being. Stress-reducing activities, including writing, are now making their way into the everyday arsenal of medical professionals dealing with chronic illness.

So next time you're getting over an injury or suffering a difficulty, grab the closest journal and get into your deepest emotions. It's all for a good, healthy cause.