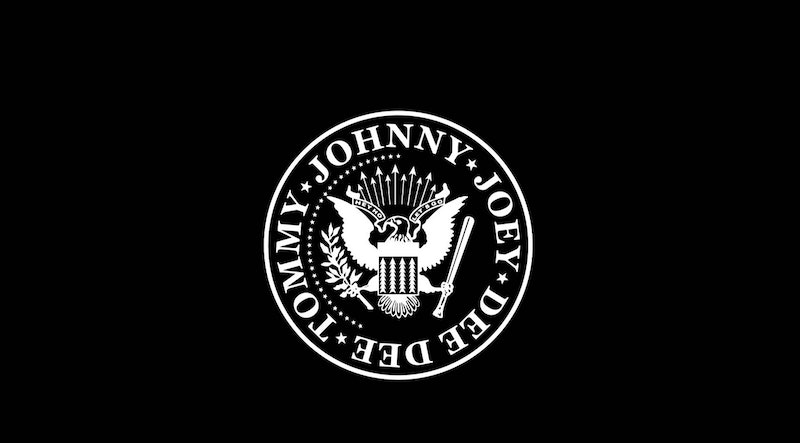 I've held a shine to The Ramones ever since I watched Rock 'N Roll High School as an impressionable 15-year-old with yellow bangs, always associating them with a sort of teenage rebellion. Incidentally I was the kind of kid who insisted on wearing doc martens in 90-degree weather. But as I've grown older and my Ramones catalog has grown wider, I've realized that the band has plenty of songs that encompass a freedom that compliments summer break.

OK, maybe not all of them are literally Ramones songs. But that three chord spirit and constant list of things they wanna do (spoiler alert: they wanna do everything) is a simple perfection that goes with any summer mishap (sniffing glue not recommended). They embody "fun," and are about as long as it takes to spell out the word "fun." And hey, when you really think about it, aren't The Ramones just a punkier, New York answer to The Beach Boys?

So if you're looking to have a punk rock rest of your summer, grab a pair of sunglasses, toss a leather jacket over your two-piece, and jam out to these seven Ramones songs on your way to the sandy shores of... Queens. (Or where ever your beaching may take you.)

DO you remember Rock 'n Roll radio? Do you even remember a time with radio, pre-illegal downloads, pre-Pandora, pre-Spotify? It's not the end of the '70s anymore, but this tune has the right amount of energy to start off your next big road trip. I cannot guarantee said energy will last the next five hours, fifty five minutes, and 29 seconds, but it's a start.

2. "I Just Want to Have Something to Do"

Perf for when it's 8 p.m. on a Wednesday, you have the whole night ahead of you, and you're resisting calling that person you're kinda seeing, kinda hooking up with, kinda just trying to kill time with. Go on, indulge.

We already talked about how The Ramones are city boys, but that doesn't mean they don't dabble in the sunny wiles of the West coast. "California Sun" is an often-covered vintage track from the '60s, but I'd argue our boys do it best.

When you feel like you've been at work for a thousand years and summer Friday isn't coming fast enough.

An obvious but necessary pick. I don't know who actively chooses to go to the real Rockaway Beach... that would require going to New York's third least popular (or third most popular, depending how you look at it) borough. But really the sentiments could extend to any beachy outing.

An ode to all the lovers you met at 711 on hot summer nights.

OK, honestly? There sounds like there's some really shady dealings going on in "Havana Affair." Something about spying on Cuba? Weeeeird.