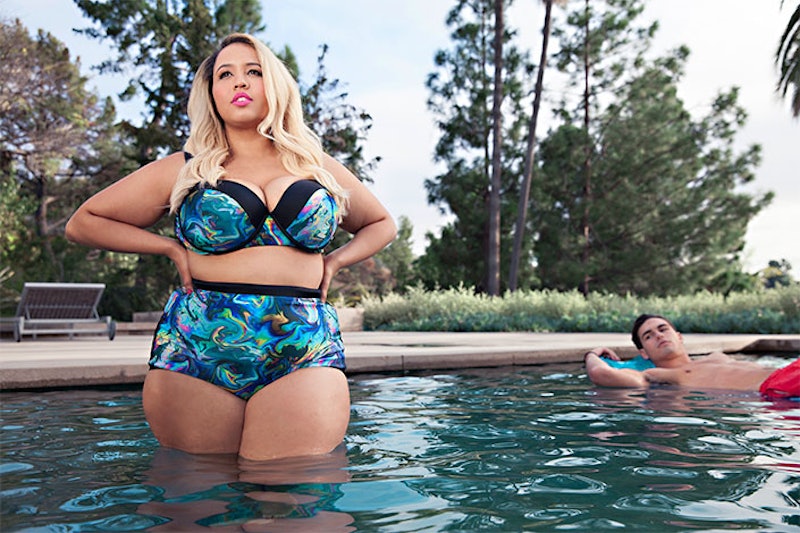 After only a week of the hashtag being unsearchable, Instagram has lifted the ban on #curvy, according to Racked. Women will once again be able to show their #curvy pride. I'd call that a major win for Instagrammers everywhere.

The hashtag was banned initially because of pornographic images that came up when searching the word, which actually happens with normal words more than overtly graphic ones.

"[Instagram's] policy means that any word that is being used to post inappropriate photos would be blocked, even if it happened to be an innocent word like #beautiful or #happy," reported Racked.

But the popular site has heard the pleas of the public and will start individually picking out the inappropriate posts, so all the curvy women out there can demonstrate their body pos pride as much as they'd like.

According to International Business Times, this is the same method by which some #CaitlynJenner posts were banned during the ESPYs to prevent the hashtag from being overrun with negative commentary. This kept only the most positive posts available to users, and it's the policy that will be implemented within the "curvy" hashtag as well.

Nicky Jackson Colaco, Instagram's director of public policy, told the Washington Post, "There is nobody who's cherry-picking terms [to ban]. And the silver lining in this we have been made aware of terms that hadn't gotten reported. We're trying to be as consistent as possible."

Confused as to why such a positive hashtag would be banned, women spoke out via social media and bloggers began using #curvee and #curvygirl to show people that just because #curvy was gone, they wouldn't stop posting.

But now #curvy is back, and I can only guess it'll be more prevalent than ever.

Unfortunately, in the hours after the ban has been lifted, the only #curvy posts available by search are the top posts in that category. Although there's over two million posts in the category, only nine #curvy photos show up in the search. If you're looking for inspiration, #curvygirlsrock, #curvee, and #curvygirl are well-populated in the meantime.

When women come together for a body positive cause, truly anything is possible. Keep rocking those #curvy posts, ladies!