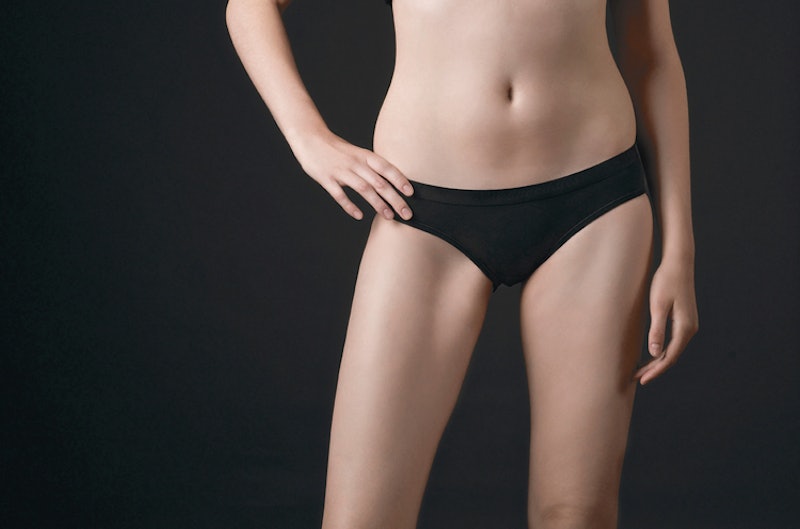 You know how certain products are phenomenal about making people feel like they should be embarrassed about natural things their bodies do? That's sort of what I feel like Shreddies, a company that created a line of underwear that filters your farts, is doing. But the underwear isn't all Shreddies has up its presumably unscented sleeve; pajamas and regular old trousers are part of the line, too. Still, though — is fart-neutralizing clothing really necessary? I mean, we all do it, so... what's the big deal?

But maybe that's just me. Maybe I'd better back up a little first. Here's the deal:

Shreddies work by filtering flatulence through a carbon panel in the garment, which absorbs the sulphide and ethyl mercaptan that give farts their unpleasant smell. And they do, apparently, work. Researchers at De Montfort University rigorously tested the product and found that they were capable of absorbing ethyl mercaptan and sulphide in amounts up to 200 times stronger than you would find in the average fart. My quibbles, therefore, aren't really about them being ineffective; it's more that I question their necessity. Also, filtering your farts ain't cheap, friends: Shreddies briefs cost about $29.58 (the number is weird because it's converted from British pounds), while regular trousers cost about $155.

On the other hand, Shreddies does make in interesting point about how useful its product could be for people who suffer from gastrointestinal issues that cause them social discomfort due to excessive flatulence.

Shreddies can be worn by anyone but they offer the perfect solution to treat flatulence issues caused by IBS (irritable bowel syndrome), Gastritis, Crohn’s disease, Dyspepsia and Colitis as well as food intolerance's and many other bowel and digestive disorders.

I can get behind that. Especially, like, since I know I won't have to worry about any smells back there.

But for your average farter? I think this product is silly. We can't reach a point in society where we're so afraid of passing gas that we need literal fart-filtering pants to deal with our natural bodily functions. That's going to make being a person even more stressful than it already is.

I'll be honest: These things remind me of all those products that are designed to make your vagina smell like flowers and sunshine or whatever. I mean, sure, flowers are great and all — but can't we just be cool with the fact that certain parts of our bodies naturally smell certain ways? It's totally normal. Also, your body usually smells fine if you practice basic hygiene. Things should only smell really off if something medical is going on, in which case you'll want to get yourself to a doctor ASAP. Bodily smells are about health, people — so why do we keep trying to mask them?

So I guess that's kind of where we're at: Yes, in some respect, Shreddies might be useful — but really, let's just square with the fact that everybody farts. It's OK. We're all in it together.

More like this
TikTok’s Favourite Razor Brand Has Launched Into Wellness
By Tomi Otekunrin
What’s The Kibbe Body Type Test That’s All Over TikTok?
By Marilyn La Jeunesse
The Most Gorgeous Plus-Size Looks From The Met Gala
By Dominique Norman
17 Genius Things You Can Do With Old Clothes That You Can't Donate
By Brittany Bennett and Dominique Norman
Get Even More From Bustle — Sign Up For The Newsletter