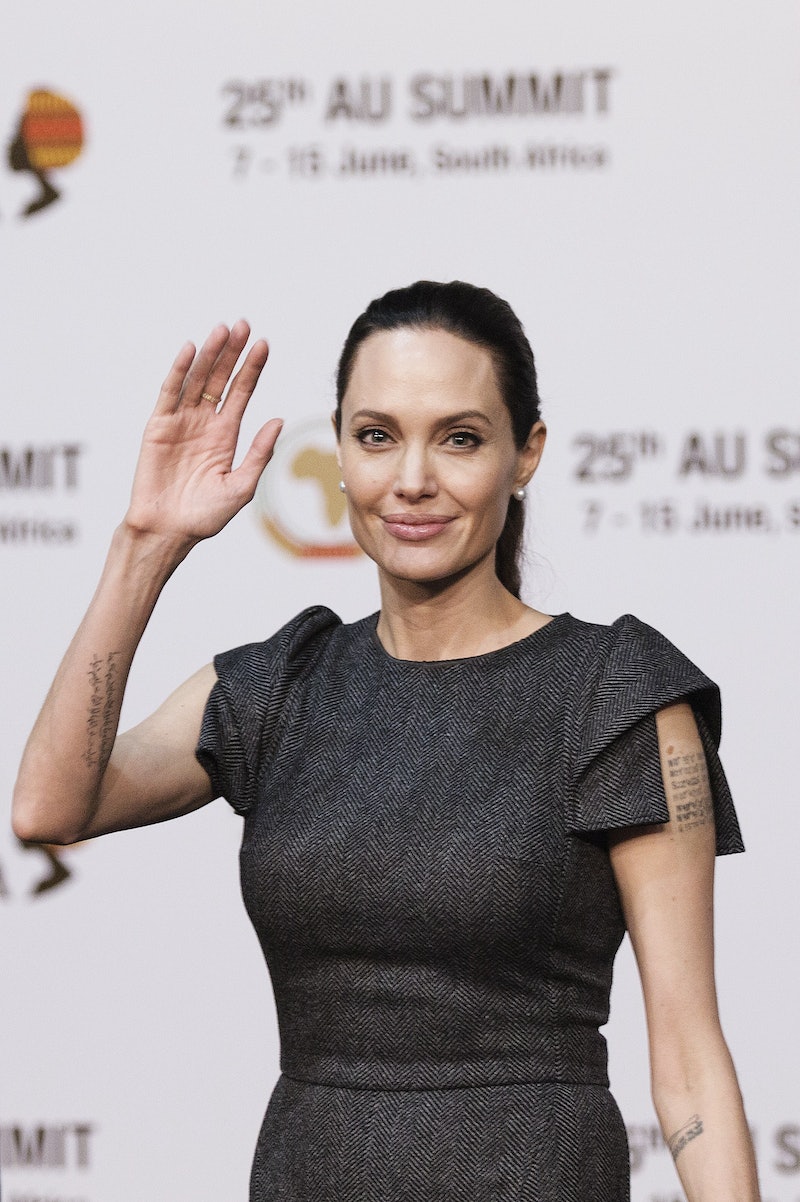 Box office returns of last year’s Maleficent prove that Angelina Jolie needs nobody’s advice on how to headline a successful motion picture, but the star’s directing game could sure benefit from a couple new tricks. After Land of Blood and Honey in 2011 and the panned Unbroken in 2014, the actress/producer/director is wise to change things up. It seems that Angelina Jolie might be, too, for her new project First They Killed My Father. As can be gleaned from the title, Jolie’s film about the Khmer Rouge regime in '70s Cambodia will likely fall in step with her extant filmography’s challenging tone. Where the new picture differs from those prior, however, is its method of release: First They Killed My Father will be entirely produced and distributed by Netflix.

Not long ago, news of a big name like Jolie opting to eschew theatrical release in favor of On Demand or digital streaming would speak unfortunate volumes about the project in question. Today, no such stigma attaches to the news of Jolie’s new project, which will adapt the 2000 memoir of civil rights activist Loung Ung. In fact, as the newest member of the Netflix family, Jolie is in some pretty terrific company.

What It Is: A Western movie parody.

How It Looks: The Western parody is just one of four Sandler pictures slated for Netflix release, with only one other thus far bearing a title or description (it’s called Do-Over, and it’s a screwball comedy about two guys, Sandler and David Spade, who fake their own deaths) — and though the cast does sound promising, I’m going to have to clump the lot together as my least anticipated Netflix endeavor on the horizon until more about the project is released.

What It Is: If you’ve seen anything featuring Pee-Wee Herman before, then you know what it is.

How It Looks: Well, here’s the thing. Pee-Wee’s Big Adventure worked. Maybe 1985 was a different enough time to allow for enjoyment of such a wonder. But, in this day and age, will another Pee-Wee film work?

What It Is: A satirical comedy about radio journalism, adapted from the 2009 French film Envoyés très spéciaux.

How It Looks: While The Office is heralded as his crowning achievement, I’d call Extras the greatest thing he has contributed to the world, and what’s more one of the greatest television series of all time. Likewise a showbiz satire, Extras could — hopefully — be the most accurate indicator of what Gervais can and is planning to do with his Netflix feature. When you consider this project, remember what the man is capable of delivering.

Who’s Involved: The Duplass Brothers, as you might have guessed.

What It Is: Early in 2015, filmmaking duo Jay and Mark Duplass signed with Netflix to deliver four original feature films. Unique among the listed entries, the Duplass movies will in fact brace theatrical release before hitting the ‘flix, though Mark doesn’t expect the bulk of their business to transpire on the big screen.

How It Looks: Not much is clear about these projects just yet, but its understood more or less what a Duplass Brothers movie wants to be. Perhaps more rigidly associated with the mumblecore movement than any other filmmakers, Jay and Mark make soft-spoken, highly internalized, often listless pictures that never pack too much a wallop. Still, there’s a reliable charm to ’em.

They Killed My Father

Who’s Involved: Angelina Jolie is directing, and her Cambodian-born son Maddox is involved in some form.

What It Is: An adaptation of civil rights activist Loung Ung’s eponymous memoir about living in Cambodia under the reign of Pol Pot and the Khmer Rouge.

How It Looks: Jolie has only got to bat twice as a feature filmmaker, and They Killed My Father can be praised with a similar ambition to her last projects: telling a story that most viewers likely haven’t heard. Even if Jolie is still evolving as a filmmaker, she’s at the very least a vital source for information of which we need to be more conscious.

What It Is: A satirical war comedy, based on the Michael Hastings book The Wild and Terrifying Inside Story of America’s War in Afghanistan.

How It Looks: With little to go by other than Brad Pitt’s panache for comedy acting (his strongest muscle, if you ask me) and the past work of director Michôd, whose 2013 post-apocalyptic drama The Rover was probingly original, I’m optimistic.

Beasts Of No Nation

Who’s Involved: Cary Fukunaga, who you know from the good season of True Detective, is directing. Idris Elba is starring.

What It Is: An adaptation of Nigerian-American author Uzodinma Iweala’s 2005 novel of the same name, about a West African war drama.

How It Looks: The Beasts of No Nation adaptation earns distinction as my most anticipated of Netflix’s traditional feature films in development. Such an intrinsically gripping backdrop pared through Fukunaga’s grim authorship leaves a lot to be excited about. As is the focus of Jolie’s picture, Beast of No Nation’s West African setting is one that doesn’t often get a lot of needed play in American culture. Not only does Beasts of No Nation suggest quality via Fukunaga and star Elba, but also importance.

What It Is: A Christmas-themed variety show parody with Murray as the mock host.

How It Looks: Like I need to sell you further.