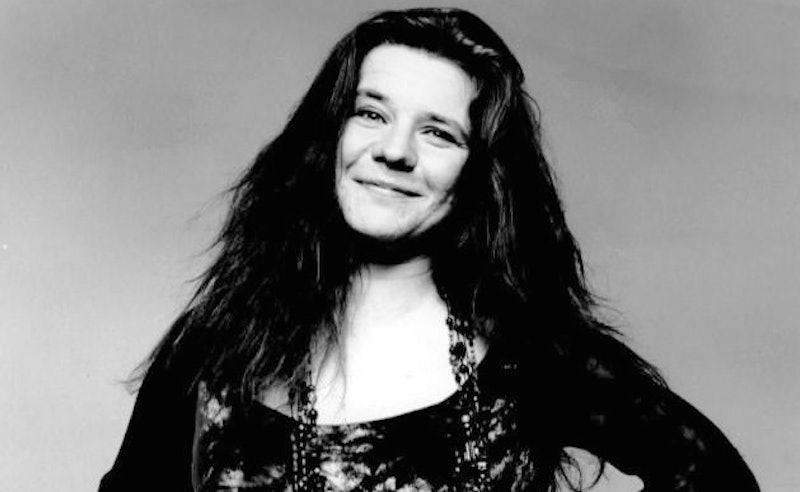 Though it's been decades since she was dominating the music industry, the iconic blues and rock singer to whom American music — and feminism — owe so much is without a doubt Janis Joplin. In an era that was overtly misogynist (watch, like, one episode of Mad Men), and a music scene defined by men with egos even bigger than their stage presences, Joplin broke through and inspired the world with her unique, blues-inspired vocals and her iconic lyrics. She was one of the only women to reach the level of stardom in the music industry's unofficial boy's club: As Rolling Stone wrote in 1976, "she was also the only woman to achieve that kind of stature in what was basically a male club, the only '60s culture hero to make visible and public women's experience of the quest for individual liberation, which was very different from men's."

Since I was a kid, I was enchanted by Janis' signature style and hooked into the groove of the music. As I got older, I became obsessed not only with who she was, but what she represented. It's inspiring how she climbed the ranks to rock icon status, penetrating her way into the Boys' Club. As I try to make my way in the world as a writer, and simply as a woman in this patriarchal society, I look to how Joplin made her way in the world not by compromising her identity but heightening it, and being unabashedly who she was.

Joplin is still relevant today, and always will be. Here's why.

She Spoke Of Getting In Touch With One's Own Feelings

This resonates even more so today, as our world gets increasingly stressful and cynical, and the pressure to "perform" extends online.

She Stood Up For Free Speech

Joplin was arrested in 1969 for "indecent and vulgar language" at a performance in Tampa, Florida.

This is even more relevant today, when people are famous for no reason.

I definitely would have taken her up on that offer.

She Was Honest About Her Insecurities

She told Rolling Stone, according to a 1976 article

I'm a victim of my own insides. There was a time when I wanted to know everything ... It used to make me very unhappy, all that feeling. I just didn't know what to do with it. But now I've learned to make that feeling work for me. I'm full of emotion and I want a release, and if you're on stage and if it's really working and you've got the audience with you, it's a oneness you feel.

Her Music Is Timeless

Her songs and vocals have stood the test of time. While her persona and what she stood for continue to inspire new generations, it is the music, that above all lives on.

She was just that legendary.

More like this
Love Of Huns' Definitive Guide To A Seminal BRIT Awards Moment
By El Hunt
Sophie Ellis-Bextor Turned Down Being A Eurovision Judge For This Wholesome Reason
By Rachel Mantock
10 Eurovision Moments That Celebrate The Weird & Wonderful Camp Extravaganza
By Sam Ramsden
'Stranger Things' Star Joe Keery Is Dating An "Indie Scream Queen"
By S. Atkinson and Grace Wehniainen
Get Even More From Bustle — Sign Up For The Newsletter