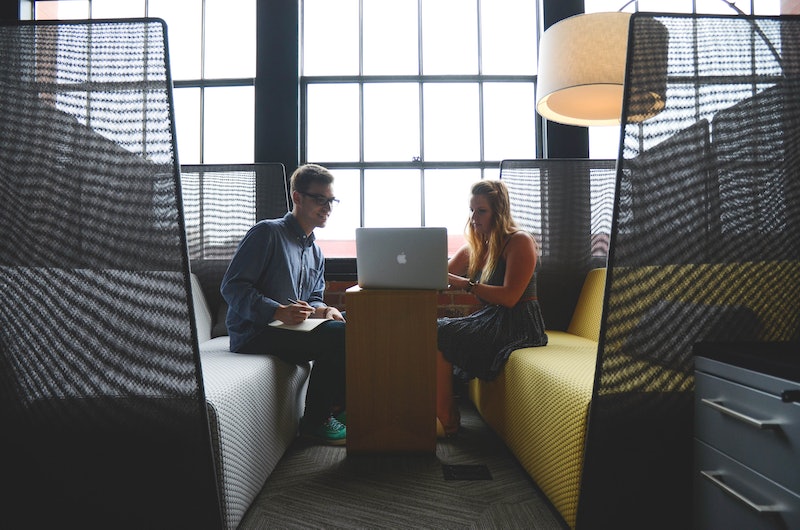 Nowadays, being “Facebook official,” is not a joke. It has actually become a widely accepted way to show everyone that you and your partner are committed to each other. If you want your relationship to go the distance, don't be afraid to share your love with the world because new study has found that you and your partner’s Facebook habits can determine whether your relationship will last.

In a recent study published in the journal Cyberpsychology, Behavior, and Social Networking, Catalina Toma, an assistant professor of communication arts at the University of Wisconsin-Madison, tracked heterosexual college-aged couples over time in order to study the links between how they presented themselves as a couple on Facebook and the longevity of their relationship. In order to track the couples’ activities, Toma used the “See Friendship” application in addition to asking participants a series of questions on their relationship and commitment. After six months, Toma followed up with the couples to see if they were still together.

Her results found that relationship elements like listing yourself as being “in a relationship,” posting pics with your partner and writing on your partner’s wall, were all positively linked to the couples’ commitment to each other. According to Toma, how people present themselves in public is very influential on how they see themselves. That may be the reason why people like participating in public declarations of love such as weddings.

Toma also found that having more mutual friends on Facebook didn’t necessarily show strength in a couple’s relationship. In fact, it may have the opposite effect, as there was a negative association between mutual friends on FB and relationship commitment. Another thing that was found to have a negative effect? Posting too many things on your partner’s wall. Apparently, many people considered that to be a sign of possessiveness or oversharing.

According to a 2008 BT poll, the number of people with partners who live more than two hours away has doubled in the last decade. Out of the 2000 people surveyed, 10 percent of them said they were dating someone they met online, and 75 percent of those people believe that being in a long distance relationship is much easier to maintain because of video chats and pictures readily available on social media sites. Even indirectly connecting with your partner on FB through status updates can make you feel close to your partner because you’re monitoring how their day is going.

2. It Allows For A union Between Your Social Network And Your Partner's

A 2008 study published in the journal, Personal Relationships, found that a couple can maintain a good relationship if they’re part of each other’s social network. So, Facebook makes it relatively easy for couples to get to know each other’s friends, and for their friends to get know each other. All in all, everyone knows each other and the couple’s bond will be much stronger for it. Another 2014 study presented at the ACM conference on computer supported cooperative work and social computing, found that Facebook can actually tell who you’re in a romantic relationship with based on the extent to which your friend networks are integrated. To break it down, if Adam and Annie are FB friends and Annie is friends with some of Adam’s high school buddies, work friends, and relatives, then Annie is probably Adam’s girlfriend.

According to a 2013 study published in the Journal of Social & Personal Relationships, researchers studied 24 men and 31 women from a small Midwestern university to see the implications of social networking sites on romantic relationships. One of their findings revealed that college students saw becoming “Facebook official” as having an increased level of commitment in relationships.

4. Facebook, And Other Forms Of Social Media Are The New, “Can I Get Your Number?”

According to the same 2013 study, a majority of the study’s participants cited Facebook as their primary tool of interaction in the “experimenting stage” of a relationship. What used to be, “Can I get your number?” is now “Are you on Facebook?” Because of that, immediately asking for someone’s number right when you meet them is so old-school. In fact, many of the participants believe it’s “too forward.” Nowadays, people ease into relationships by communicating on Facebook. Researchers concluded that all of this has something to do with rejection. Since Facebook friend requests are more “depersonalized,” if a request is ignored, the brush off isn’t as harsh.

5. Facebook Allows You To Get To Know Your Partner On Your Own Time.

Researchers from Ohio State University and Wittenberg University in Ohio, found that college-aged students like the pacing of Facebook. Participants in the study said they liked how Facebook gives them the opportunity to develop relationships at an easier pace. You don’t have to go straight to the asking out. You can take your time, exchange a couple of “Likes” and comments here and there before taking the plunge and making some offline magic happen.

6. People Who Broadcast Their Happiness On Facebook Have Confidence In The Strength Of Their Relationship.

You know those sickeningly cute lovey-dovey pics your friends like to post on Facebook to share with the world how in love they are? Yeah, it’s not just an act. They’re actually really in love. In fact, according to a 2014 study presented at the Society for Personality and Social Psychology Research conference, researchers from Albright College found that people who have high confidence in the strength of their relationship are more likely to bombard your newsfeed with their PDA-filled couple pics. Then again, as the researchers have concluded, it might have something to with self-esteem issues. As in, people who have high Relationship Contingent Self-Esteem need to show the world that they and their partner is A-OK.