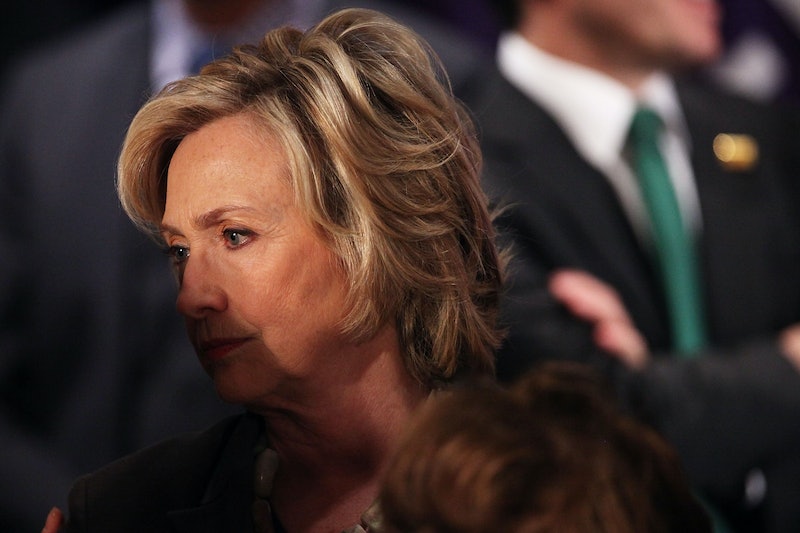 Smack in the middle of her escalating 2016 presidential campaign, Democratic front-runner Hillary Clinton will be forced to step away from her fundraising tour to pay a visit to Congress. On Saturday, Clinton spokesman Nick Merrill told reporters that Clinton would testify on the 2012 Benghazi scandal in front of a House Select Committee this October, following months of back and forth between the former secretary of state and her Republican rivals. Clinton finally gave into their demands on Friday, agreeing to an open forum, rather than a closed-door interview that Republican Rep. Trey Gowdy of South Carolina had said he preferred, Merrill added.

The Committee will interview Clinton on her role in relation to the 2012 attack on the U.S. consulate in Benghazi, Libya. On the evening of September 11 that year, U.S. Ambassador J. Christopher Stevens and Foreign Service Information Management Officer Sean Smith were killed when gunmen stormed the diplomatic compound, setting buildings on fire, which in turn trapped the two men. A separate attack on a nearby CIA annex left two more men, former Navy SEALs Tyrone Woods and Glen Doherty, dead as well.

Clinton, who oversaw the State Department at the time, has long denied any wrongdoing in connection to the incident. Congressional Republicans, however, have accused both Clinton and the Obama administration of failing to send the proper reinforcements to the consulate that night, adding that the initial reports of the attack by U.N. Ambassador Susan Rice were erroneous.

As CNN noted on Saturday, Clinton had previously agreed to testify to committee members back in May this year, although Gowdy had insisted on two hearings rather than one (one on the Benghazi scandal, and another on her use of a private email server to communicate with colleagues during her tenure at the State Department). After a frenzied media circus and hostile standoff between Clinton spokespeople and GOP committee members, the former first lady was able to dismiss any formal hearings, for a time.

On Saturday, Merrill and the Clinton campaign's tone had changed, with Merrill suggesting that the 2016 presidential candidate was "pleased" to receive the invitation to testify. A congressional committee spokesman disagreed, telling the Associated Press that negotiations between the two parties were ongoing.

According to top Democratic committee Rep. Elijah E. Cummings of Maryland, Clinton's GOP rivals had dragged out the hearing date in order to drop selective bombshells that would hurt Clinton's campaign.

"It appears that much of the Select Committee's work has been shelved while Republicans pursue every possible avenue of political attack against Secretary Clinton," said Cummings in a letter to Gowdy last week. Cummings accused the committee leader of timing the hearing specifically during the height of Clinton's campaign, in order to "subject it to increasingly widespread criticism for its highly partisan actions."

Cummings has been highly critical of the committee in recent days, telling The Hill on July 4 that the entire melee was a fabrication by the GOP to garner ammunition to be used in the coming election months. In a statement to the news outlet, he wrote:

Republicans have spent more than $3.6 million taxpayer dollars so far in this desperate attempt to find any evidence to support their allegations against Secretary Clinton, and their only response to failure has been to double their efforts, expanding their investigation further and further away from Benghazi, and further from the promises that we made to the families of the Americans we lost in the attack. What’s next? Sadly, I think more of the same.