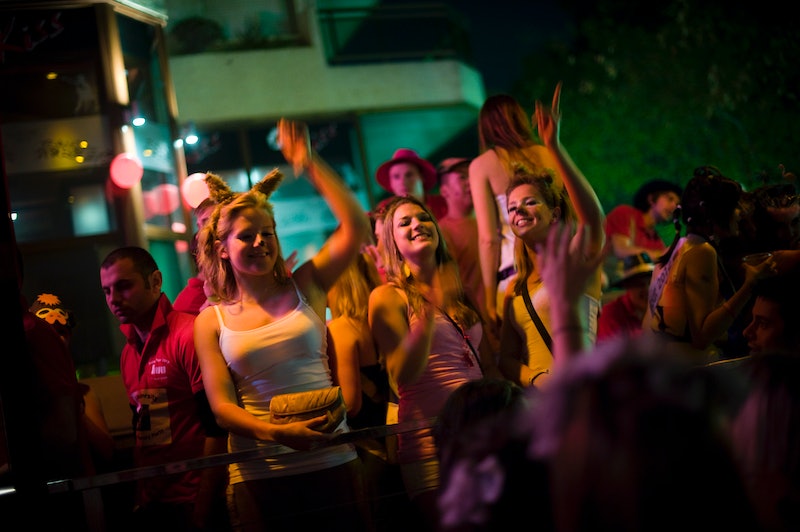 What's the secret to a long life? Well, according to a new study, having more friends in your 20s makes you live longer. Or rather, people who have more friends in their 20s tend to be better off, in the long term. It is still unclear whether your friends are actually some sort of elixir of life, but hey, you never know!

In a new 30-year-long study, researchers examined the social interactions and quality relationships of the 133 participants had and looked at how that might correspond to increased well-being later in life. And what they found seems to be in line with other research that shows poor social connection to be associated with increased risk of mortality.

According to this study, people in their 20s who had more frequent social interactions had increased well-being even decades later. However, researchers also found that something interesting happens in your 30s — instead of frequent social interactions, what seems to be most beneficial is close and satisfying relationships. In other words, in your 20s it's all about quantity, and in your 30s it's all about quality. So for optimum well-being later in life, you should be a social butterfly in your 20s, and then transition to just having some close friends once you get towards your 30s.

Everybody have that checklist down?

So is having a lot of friends in your 20s really going to make you happier and healthier decades later? Well, as with anything, it's hard to say definitively that one is causing the other; for instance, they could both be brought about by the same underlying cause. Maybe being the sort of person who would have more friends in their 20s makes you more likely to have greater well-being later in life. For what it's worth, though, the researchers do think it's possible there is a causal relationship.

The study's lead author Cheryl Carmichael told Science Daily that she thinks having more friends in your 20s helps us figure out who we are and develop tools that we will need throughout our lives. “It's often around this age that we meet people from diverse backgrounds, with opinions and values that are different from our own, and we learn how to best manage those differences," said Carmichael.

More research would be necessary to verify all of this, of course, but for now, you can tell your parents that you aren't wasting your life by partying every weekend. No, you're just making smart decisions about your future well-being. Science has your back.