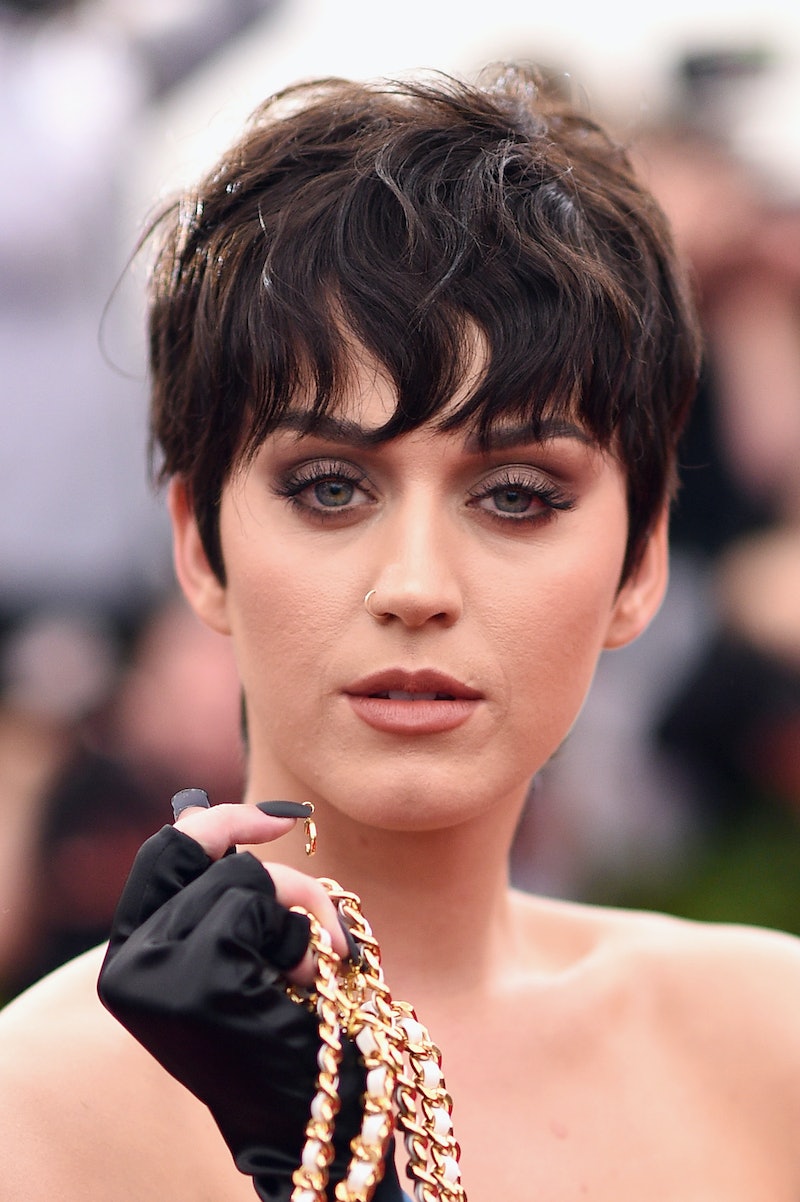 If you doted on Katy Perry's beguiling bergamot and frangipani Killer Queen fragrance, and pride yourself on always being the first to sample new celebrity scents, then Mad Potion by Katy Perry, a Twitter-exclusive perfume, should be firmly at the top of your fragrance wish list. In an innovative move in beauty marketing (which was first championed by Burberry to sell its spring nail polish range), Katy Perry Mad Potion is available solely via her new Twitter pop up store handle @KatyPerryPopUp, created specifically by cosmetic company Coty, Fashionista reports.

Most of the ingredients have been kept under wraps, but a couple key notes have been revealed, including "Apple Musk," "Glowing Amber," and "Mexican Vanilla Bean Absolute," and the pop up store's Twitter promises all new subscribers both exclusive Katy Perry content and a chance to share their #KatyCat Mad Potion selfies with the world via the #MadPotion pop up wall. Possibly down to its relatively unorthodox method of sale, the perfume is available for a very pocket friendly price of $30; significantly cheaper than Killer Queen on initial launch, which first retailed at around $59. As Fashionista suggests, "[This] makes sense given that buying on Twitter is a pretty new thing for most people."

Even though shopping on Twitter is, in fact, a pretty new thing, Perry's main Twitter handle (which currently boasts 73.1 million followers) proves that if anyone's likely to be able to utilize the social media platform like a money making genius, it's probably her.

More like this
7 Expert-Recommended Tips For Using Body Makeup
By Audrey Noble
The Best Of June's Beauty Launches, According To Our Editors
By Bustle Editors
12 Fresh Fragrances Perfect For Summer
By Paris Giles
4 Game-Changing Makeup Hacks For Oily Eyelids
By Hilary Shepherd
Get Even More From Bustle — Sign Up For The Newsletter