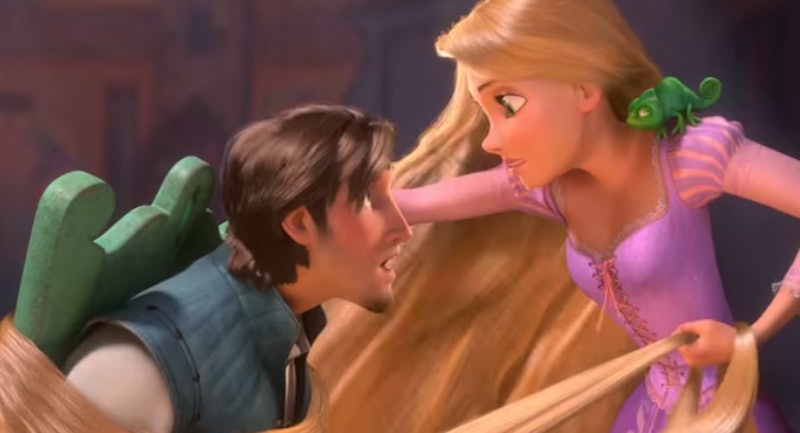 Think of your favorite Disney movie, and then think of that movie as an elaborate emoji-fueled iPhone text conversation. That's exactly what you'll see in a new video from Disney retelling Tangled using emoji. The animated icons used in the new version of the Rapunzel-inspired story may not look like those used in your normal conversations, though (there isn't a poop emoji in sight). As you'll see in the short video, these aren't your average iPhone emoji. These are powered by secret Disney magic, and are used to run through the entire plot of Tangled as a text exchange of Disney-fied animated emoji.

According to Variety, Disney also plans of releasing emoji adaptations of The Lion King and Winnie The Pooh, and, through the Disney Gif app, will soon allow fans to send their own Tangled emojis. And according to Entertainment Weekly, Disney released the video in anticipation of a new Tangled animated series coming to Disney Channel in 2017, for which Mandy Moore and Zachary Levi will reportedly return to voice the characters of Rapunzel and Flynn Rider from the 2010 movie. Disney also released a similar "As Told By Emoji" video adaptation of Frozen back in February that has already received more than 10 million views. It seems the world just can't get enough of the studio's movies.

Check out the Tangled-by-emoji video here:

Cute, right? And see how the Frozen version compares:

Gotta hand it to Disney: the studio knows how to keep people interested, and in the funniest, most adorable ways possible.