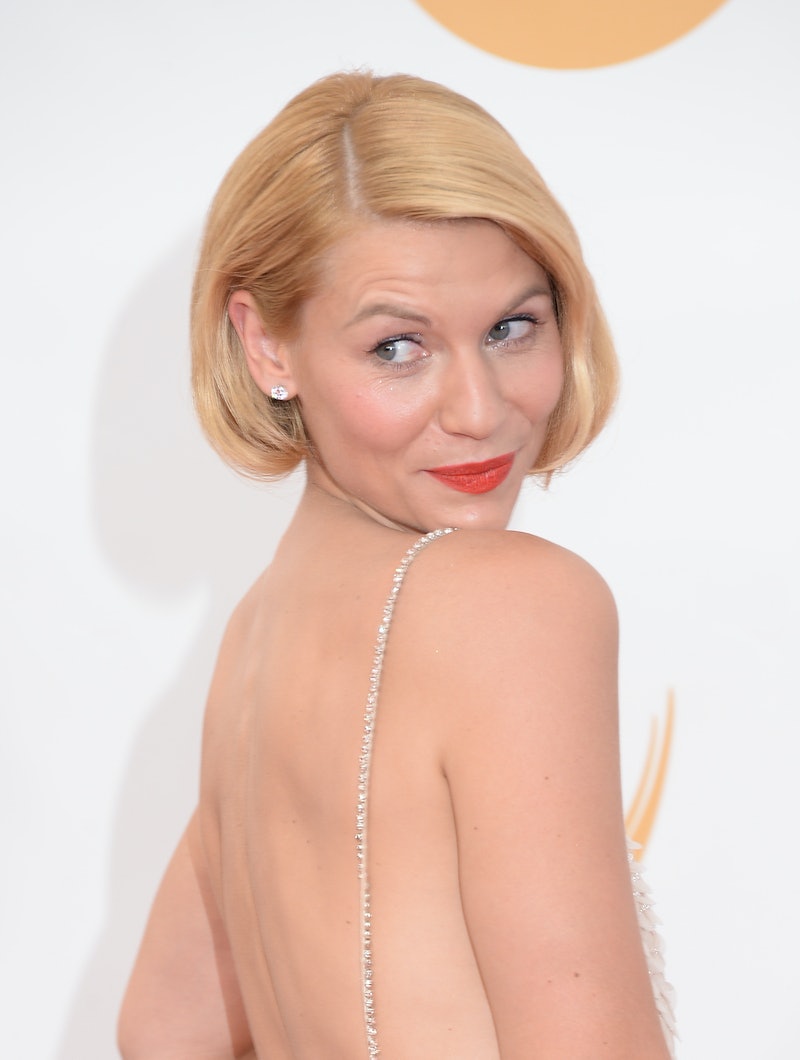 In her latest interview with Glamour, Claire Danes speaks out about the rampant jokes and memes made of her Homeland character Carrie, who's been made famous for having an "ugly cry." Say what you will about the ways in which Homeland's plot has disappointed us (don't actually — we don't have the time), but Danes' talent has remained one of the stilts left holding up the series' feeble tent. Sure, her cry isn't a pretty one, but does that mean she should be ridiculed for it?

Not at all, if you ask her (and us, for the record). "I think people are made uncomfortable by uncensored expressions of emotion," she tells the magazine. And it's true; some of the hardest Homeland scenes to watch are the ones in which Carrie breaks down completely. Danes truly delivers an unrelenting image of sadness and despair in her "ugly cry" that forces us to either acknowledge the pain behind it or retreat behind humor in order to allow ourselves to process the expression.

But it's not just a matter of fear. Danes knows it's also a question of her ability to remain beautiful onscreen, and as it turns out, being beautiful on television isn't something she cares about at all.

...that's my job. I don't have those fears [about looking ugly]. I really have never been concerned about being beautiful on-screen. That's just not my jam. I'm concerned about it if I'm playing a beautiful character. But it's not relevant for Carrie. I don't need to worry about that, and I think that's really great. I love sitting in the makeup trailer and getting my makeup done in 15 minutes as opposed to an hour and a half.

It's a refreshing thing to hear from a woman who's withstood serious criticism over her willingness to appear without a layer of protective glamour, especially in light of recent criticism lobbed at other professional artists.

After performing on SNL, the bassist from HAIM, Este Haim, withstood jokes about her "bass face," because when she plays she's more concerned with getting into the music than she is with looking beautiful. Beyoncé's camp tries repeatedly to squash photos that show moments in which Bey's performances transcend beauty and go straight to utter fierceness, moments some would call "unflattering."

And then there's Danes, who's somehow expected to maintain her award show face while breaking down every emotion housed in her small frame. The result, however, is the same: women who are incredible at the arts in which they've become professionals are somehow still expected to be pretty while they perform.

And of course, it doesn't flow evenly on both sides of the gender line. Does anyone ever suggest we make a Tumblr cataloging every one of Mandy Patinkin's snarls? Is there a social media epidemic of folks comparing Bruce Springsteen's guitar-playing smirk to various silly cartoon villains? Does anyone follow Jay-Z around on tour, hoping to snap a photo with his mouth awkwardly agape so that we can all point and laugh? Not exactly, no.

What Danes accomplishes with her statement to Glamour shouldn't have to be done, but unfortunately the world is not as universally advanced as we might hope. Women artists shouldn't have to be concerned about looking beautiful or sexually appealing when they're performing, but clearly, that expectation is still very real. While there may be many beautiful women in the arts — Danes, Beyonce, and Haim included — and they may sometimes include glamour or sex appeal in that art, expecting them to put appearing "beautiful" before truly accomplishing the goal of their art is certifiably insane.

Yet, here we are in a world where Danes has to defend herself for doing her job really, really well. Hopefully, her blatant response can help us move further towards a reality where talent is universally allowed to supersede image. It's sort of like asking for a unicorn for Christmas, as there will always be those who refuse to change, but one can dream, right?