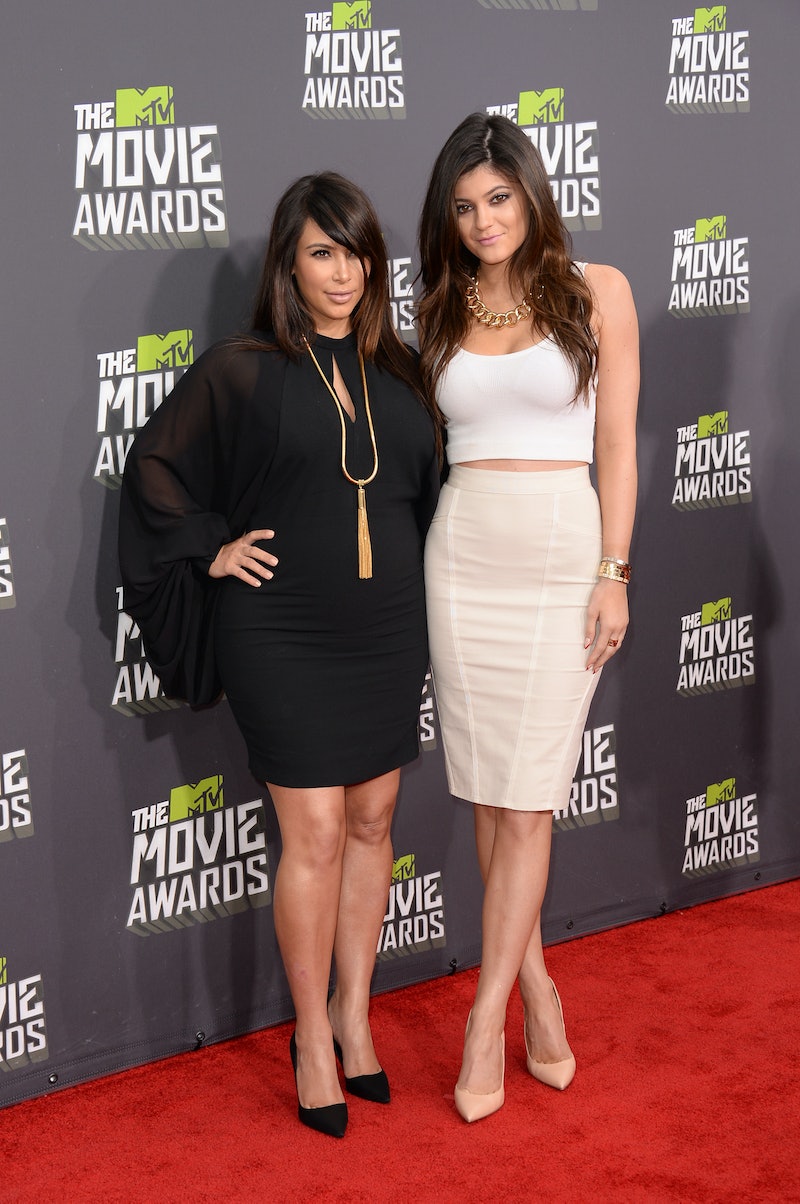 On the premiere of I Am Cait, we saw Kim Kardashian and Kylie Jenner meeting Caitlyn Jenner for the first time, and the love in the room during those moments was tangible even through the television screen. It couldn't have been easy for the Kardashian/Jenner girls to navigate Caitlyn Jenner's transition, just like it couldn't have been easy for Caitlyn to reintroduce herself to the people she's closest to. On all sides of the equation, that's a lot of change to accept all at once, and for the most part, they've handled everything really well. From what we've seen so far, it appears that the girls' bond with Caitlyn remains just as strong as ever, if not stronger. In fact, throughout the episode, Kylie and Kim had sweet moments with Caitlyn, reinforcing that the Kardashian/Jenner clan is one of the most loving families out there.

The first episode of I Am Cait features Kylie and Kim meeting Caitlyn for the first time, and they could not have been more supportive or more kind. Because the world always needs more of that kind of positivity in it, I've rounded up some of their best moments in the episode. Fingers crossed that Caitlyn meeting all her other family members went as well as it did with these two.

1. When Caitlyn And Kylie FaceTimed

Apparently the first time Kylie ever saw Caitlyn, it was over FaceTime. She had just gotten out of the dentist's office and called Caitlyn up, who hid her face at first, hesitant that she would "scare" her daughter. "You look pretty," Kylie said when Caitlyn finally showed her the look. "I don't want to scare you," Caitlyn said, to which Kylie had the best response: "You're not scaring me, you look pretty." #Bless.

2. When Caitlyn And Kylie Met In Person

The second Kylie came in the room, she called out, "Hey, pretty," and went to hug Caitlyn. I'm so emotional over their relationship, guys.

...For not telling her she joined social media. "You didn't tell me you were on Twitter," Kim said accusingly. If that's the only thing she was upset about, I think we're doing pretty well.

4. When Kim And Caitlyn Talked Clothes

And Kim admitted her mom had the same dress as Caitlyn, to which they both gleefully giggled about how the two should do a "who wore it better." To see Caitlyn so free and light and see Kim laugh right along with her was really awesome.

All I want in life are those hair extensions, and I have to say that Caitlyn is totally rocking them.

6. When They Both Embraced Caitlyn For Exactly Who She Is

At the end of the day, their actions show their love and support, and it's beyond inspiring. Say what you will about this family, but they know how to be there for one another.