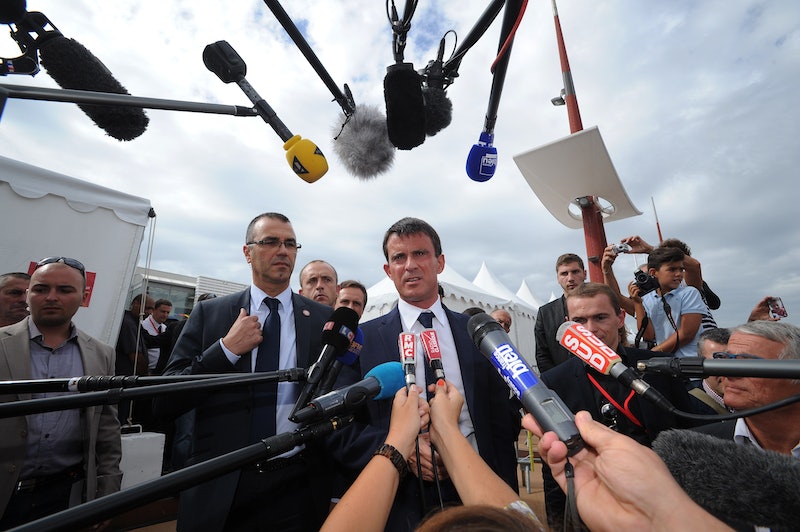 Every field seems to have its own language. Scientists, plumbers, physicians, servers, lawyers — they all have their own jargon that distances the group from everyone else, making their words unique to them. The same is true of politicians. The difference is that elected officials have tested their words with focus groups, polls, and media strategists until they can be sure which ones the public will respond to the most. As they campaign for our support, candidates' vague, political language is hurting voters.

Image, unfortunately, is a crucial factor in an election, sometimes more so than the issues. Part of that image is what the candidate says: everything that gets yelled from a podium, recorded in an interview, published to a website, and heard by voters. Therefore, you would think that politicians would use that platform to say something meaningful. Instead, the result is a dialogue filled with shallow promises and meaningless statements that tell us to pick who we think sounds the most competent rather than who can actually run a country.

With the party debates fast approaching, candidates need to drill down on their positions and tell Americans their specific plans on how to tackle the most important issues affecting the country. Instead, they will likely rehearse platitudes such as the overused — say it with me — "Let's get to work." Voters and journalists cannot allow these presidential hopefuls to get away with not telling us their positions until their pollsters give permission.

I was recently researching Rand Paul's official opinion on recreational marijuana use. On his website, I did not find such a statement. What I did find, however, was this gem, "Senator Rand Paul, M.D. is one of the nation's leading advocates for liberty." Yes, I mean it. Paul wants you to know that he is in favor of freedom.

These kinds of quotes are ridiculous. Last I checked, America is a democracy and already has liberty. Conversely, it does not have a strict anti-discrimination policy, an efficient immigration system, protection against the pay gap, or a stable climate change plan. Politicians often seem afraid to commit to specific solutions to these problems. And barring some sort of dictatorial takeover, it will never be controversial to say you're a fan of freedom in the United States.

Paul's website is not the only offender. Ted Cruz's tiny "Education" section begins with, "Sen. Cruz believes that all children deserve a quality education that gives them the opportunity to succeed." Jeb Bush doesn't even have a list of positions on his site, instead including a personal essay that says, "We fixed problems that helped people rise up and achieve their dreams." Rick Perry's says, "We need to grow the economy, so that every American can find work, and that those who already have work can earn more." Yes that's all it says under "Economic Growth."

All this begs for the needed question of, "How?" These candidates will only share the opinions that they think voters want to hear, and no one will admit to agreeing with the enemy. And speaking of "the enemy," Republicans aren't the only ones to get in on the rhetoric failure.

Hillary Clinton's website is sparse as far as concrete policy is concerned. Lincoln Chafee's brags, "I will never allow our liberties to be diminished. And I will always steadfastly support our First Amendment rights." Martin O'Malley's says, "Restoring our economy requires us to revitalize our democracy. We must return to a government of, by, and for the people — one that builds an economy that works for everyone and ensures voters’ voices are heard." If I hear one more politician paraphrase a founding father or former president, I'm going to lose it.

The websites are only part of a flawed system. It extends to interviews, statements, and non-answers to direct questions. The problem is that it's working. The candidates with the best slogans and speech-writers win out.

Frank Luntz, the famous Republican pollster who specializes in testing the language of conservative issues, explained what the most effective words and phrases that these candidates use. Listen for "No excuses," "Uncompromising integrity," "The simple truth," "Believe in better," "Real-time," "You decide," and "The simple truth." According to The New York Times, some of the most reused words at the Democratic and Republican national conventions are, "fight," "choice," "better," "freedom," "hope," "American dream," "invest," "success," and "level playing field." They know what they're doing, and they know we'll eat it up because it sounds good.

Voters fall for this all the time and never ask for anything more. We have to hold our candidates to a higher standard, or we'll never hear anything more specific than, "Make America great again!" Americans have to tell politicians that what they say is more important than how they say it. Otherwise, the lingo will keep the public from having a say at all.