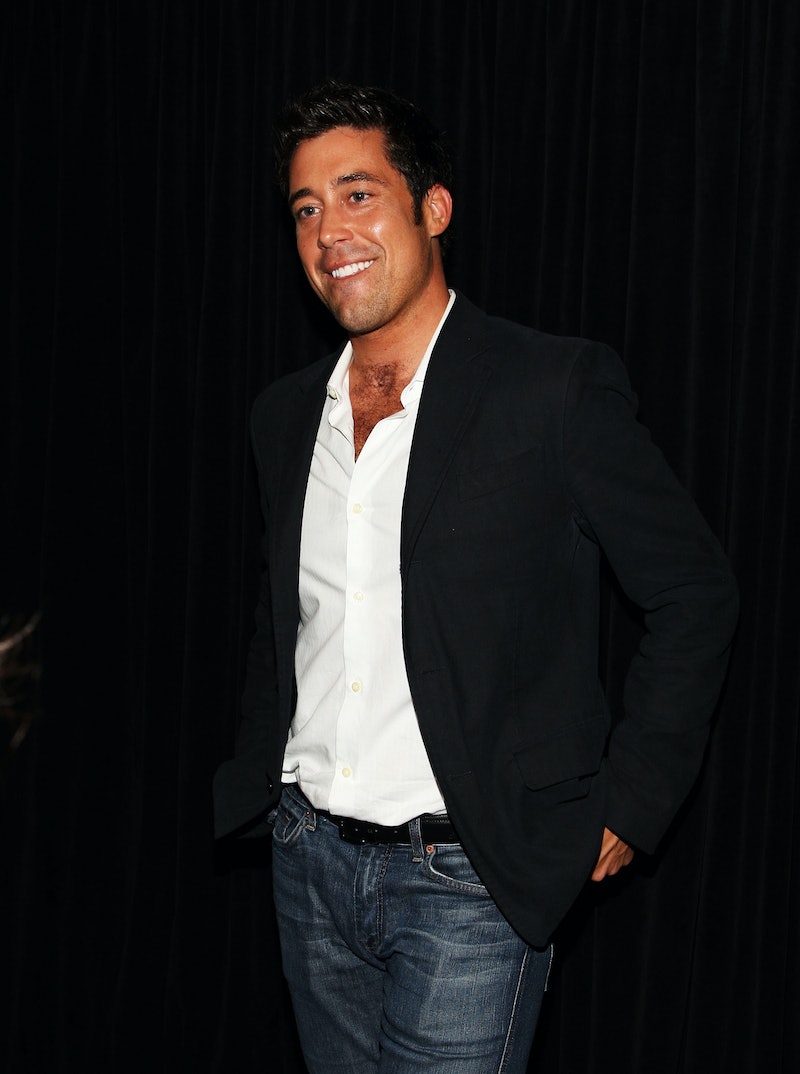 The Bachelorette fans will best remember Ed Swiderski as the man who won the heart of Jillian Harris and proposed to her in 2009. Unfortunately, the Season 5 couple broke off their engagement a year later, but the star has found love since. Ed Swiderski married news anchor Natalie Bomke in Chicago this weekend, reports People, and the wedding looked gorgeous. Bomke posted a snap on Instagram from the day with the caption, "One magical night!" Echoed Swiderski to People, "I feel like the luckiest man on earth."

The happy couple, who got engaged last fall when Swiderski proposed in the California redwood forest, said "I do" in front of 100 guests in The Crown the Tribune Tower. The bride wore a lace cocktail dress with detachable tulle skirt by Monique Lhuillier and walked down the aisle to Elvis Presley's "Can't Help Falling in Love." Swiderski even put a little bit of a Bachelorette twist on the ceremony, according to People. Said the couple's wedding planner, "My favorite part of the ceremony was a playful surprise by the groom, who presented each mother with a long-stem red rose and popped the famous Bachelor question, 'Will you accept this rose?'"

The duo first met in a totally modern way — he introduced himself to her over Twitter. Bachelorette fans will recall that before Bomke came into the picture, Swiderski and Jillian Harris had a whirlwind romance, before breaking off their engagement. "I was a bachelor in every sense of the word," he told People. After the couple parted ways, Swiderski appeared on Bachelor Pad in 2012 and declared himself "100 percent single." But it wouldn't be long before he met and fell in love with Bomke, who is a reporter and anchor for Fox 32 News.

Check out another photo from their beautiful wedding, below. Congrats to Swiderski and Bomke!