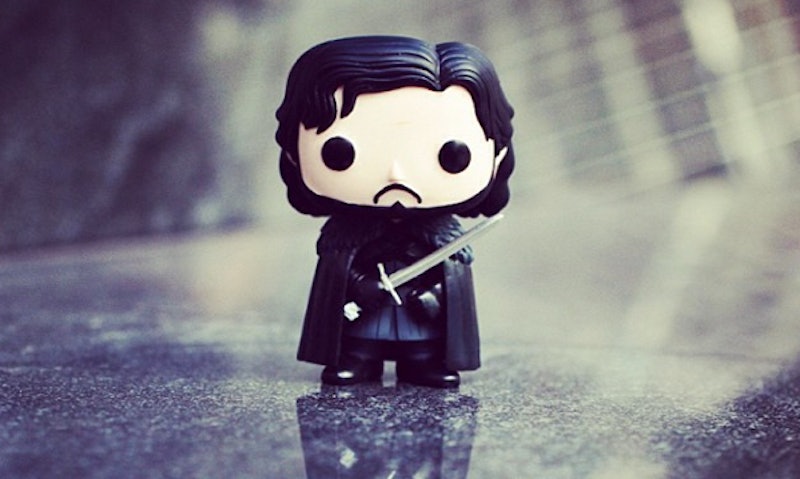 There is a long, sad stretch between early summers and early springs — that stretch is when Game of Thrones is off the air. Luckily for us, the official Game of Thrones Instagram is determined to be consistently adorable during that time, so we've got some mighty cute pictures of the cast along with what we can gather about Game of Thrones Season 4.

This series is obviously based off of books, so it's not like we don't all have access to the vast majority of what the characters' futures hold. But let's do some hunter-gathering of things specific to what people have said is coming up for the show, and let's be as veiled and cryptic as possible around how we know book plots will factor in (basically: limited spoilers, but teases abound):

To distract you from the imminent beheadings (although this is Game of Thrones, what else do you expect?) let's look at some cute photos of the Game of Thrones cast hanging out with the Pop!Vinyl toy miniatures of themselves. Because adorable.