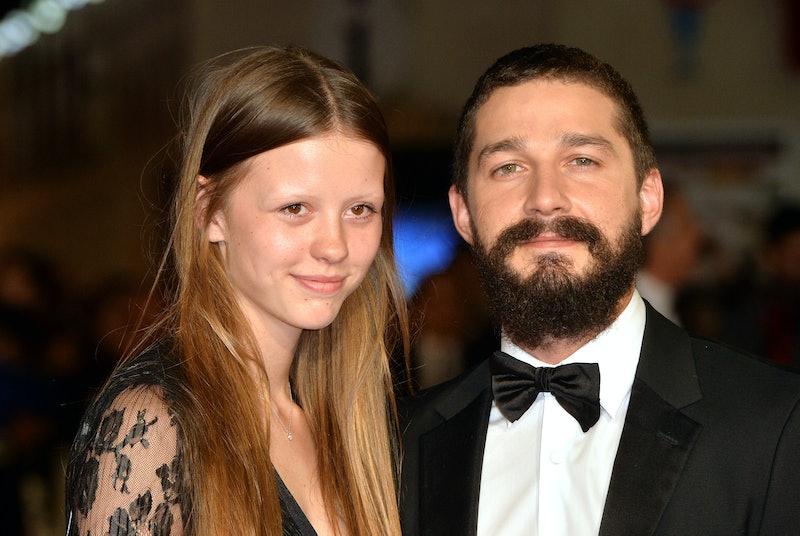 If there's one thing true about Shia LaBeouf, it's that the actor will never be "not famous," no matter how many brown paper bags he hides under. According to BuzzFeed, citing a report by the German tabloid Bild, LaBeouf and girlfriend Mia Goth allegedly fought in Germany on Friday, an altercation that reportedly became physical. The incident left both actors with minor injuries, German outlets reported.

LaBeouf, 29, and Goth, 22, who was in Tubingen, Germany for filming, allegedly arrived at a German hotel when bystanders saw the pair leaving a taxi screaming at each other, according to Bild. An unnamed witness told the German newspaper that Goth was tugging on LaBeouf's backpack when the actor allegedly said he didn't want to get aggressive. The same witness told Bild LaBeouf did not appear to be sober.

The tabloid reported that after breaking up the heated exchange, some locals then took LaBeouf to the airport. It was reportedly in the car that LaBeouf allegedly said he would have killed Goth if he had stayed at the scene. According to another German tabloid Pure Stars, LaBeouf's hand was injured from an unknown cause while Goth reportedly had a black eye the next day.

Representatives for both LaBeouf and Goth did not return Bustle's requests for comment.

More like this
Olivia Rodrigo’s Song Dedication To 5 SCOTUS Justices Sent A Strong Message
By Grace Wehniainen
How To Fight For Reproductive Rights, Based On How Much Time You Have
By Courtney Young
Jurnee Smollett’s Heart Is Healing
By Rebecca Carroll
Adele Says It Would Be “Wonderful” To Have Kids With Boyfriend Rich Paul
By Jake Viswanath
Get Even More From Bustle — Sign Up For The Newsletter